With a hefty dose of goofiness and equal amounts of sass, pop songstress Anne-Marie dominated the stage with her chart-topping tunes and infectious charms at her Capitol Theatre concert on 9 April. She even makes breakups seem contentious, almost a happy thing, as she enthusiastically bopped around the stage hi-fiving fans and exchanging gifts – a lucky fan managed to swap a plushie whale for a drumstick. If you could hear doodles and scribbles, that’s exactly how Anne-Marie sounds like. 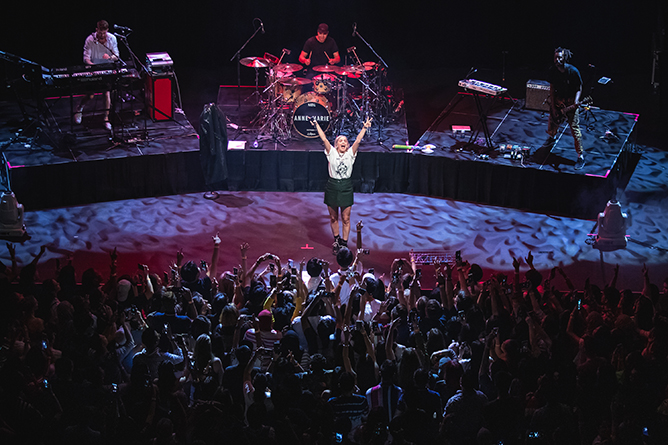 On the back of her highly acclaimed debut album Speak Your Mind, Anne-Marie blasts through hit singles like ‘Alarm’, ‘Ciao Adios’ and ‘Bad Girlfriend’. Every song has its own story, and more likely than not, it was about a cheating boyfriend. She’s been the wronged one, been cheated on, or just fell out of love. The singer joked that she had a penchant for picking the worst men to date, but it’s okay since she got a couple of good songs out of it. Well, maybe she’ll be the next Taylor Swift…?

It’s not just all about cheating exes though. ‘Perfect To Me’ was born when the singer realised that she didn’t feel good about her own body after watching inspiring talks on YouTube, resulting in an anthem for acceptance that reminds us that it’s okay to have anxiety all while inspiring us to feel confident in our own skin – a message that resonated well with Anne-Marie’s diverse crowd of fans. 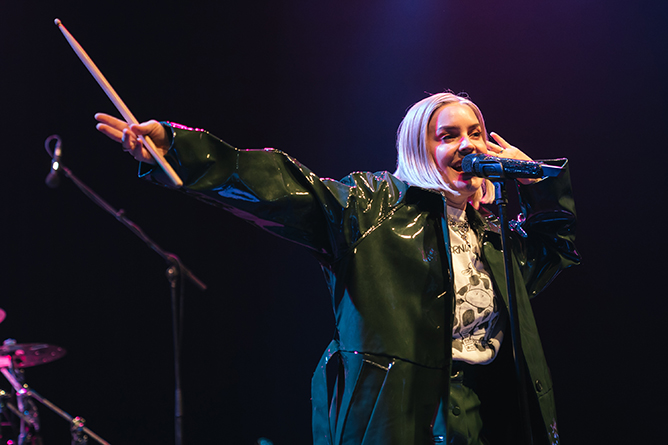 The night ended on a high as the versatile singer launched into more EDM-fueled tracks from her high-profile collaborations. As much as Anne-Marie has been hurt by failed romances, she has also friend-zoned her fair share of guys, as told by the feisty ‘FRIENDS’ with Marshmello. And who can forget ‘2002’, the ever so addictive smash that sees Ed Sheeran lending his songwriting prowess to.

The only letdown that left fans wanting more was the clearly noted absence of ‘Rewrite The Stars’, the massive duet that Zac Efron and Zendaya sang in blockbuster movie The Greatest Showman – although she did tease us a little with a short snippet of it before launching into her last song of her set. Guess she has to come back again soon to perform even more songs!

More related stories: Who Is Anne-Marie? 5 Things You Need To Know About The ‘2002’ Singer-Songwriter, Interview: Anne-Marie Talks Ed Sheeran, Positivity And Self Love