Move over, millennials – a new class of Gen-Z music trailblazers are set to take over the spotlight with their chart-topping achievements and unstoppable star power. Meet the Z-list. 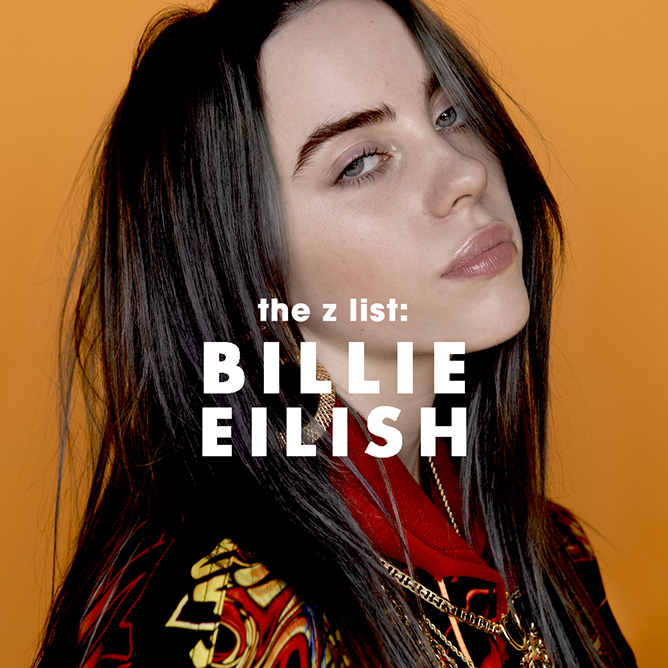 If you feel like Billie Eilish is everywhere these days, that’s because she is – in all the best places. When 15-year-old Billie first dropped ‘Ocean Eyes’ on Soundcloud a few years back, no one expected the teen wunderkind to amass such a devoted cult following. But boy were we glad she did.

Her claim to fame? Besides her penchant for churning out chart-topper after chart-topper, it’s also her quirky personality and sense of humour that makes her seem so much more relatable. “I’m really weird, and you know what? I like it,” she tells Teen Vogue. “It’s special to me and it’s fun to be weird. I also hope to show people that they shouldn’t care about what others think of them. It’s you and your life. Do what you want.” And that’s exactly what she does – she lives life and makes music on her own terms. The result: a swelling repertoire of work that includes two hugely successful EPs, several viral singles, as well as high-profile collaborations with the likes of Vince Staples and Khalid.

Just when you thought the Billie mania has reached its peak, she drops her long-awaited debut studio album When We All Fall Asleep, Where Do We Go? to much fanfare. An eclectic blend of genre-defying tunes crafted almost entirely by herself and her brother (whom you might know as singer-songwriter and producer FINNEAS), it’s one of those few albums where every track is a standout. Which is why it’s of no surprise that it shot straight to the top of the charts, making Billie the youngest female artiste – who is, for the record, still only 17 years of age – to notch the number one spot since Demi Lovato in 2009.

Just recently, the rising pop star hit yet another career milestone with her first ever Coachella gig, sharing the spotlight with big-name headliners such as Ariana Grande, Childish Gambino and BLACKPINK. Fresh off her festival debuts, the young songstress is also in the midst of her When We All Fall Asleep World Tour and we have no doubts that her impending shows will draw massive crowds.

While Billie has yet to fully take over the reigns of her predecessors, it’s clear she has the poise, talent and attitude to go far in her career. And here’s the craziest part: she’s only just getting started. 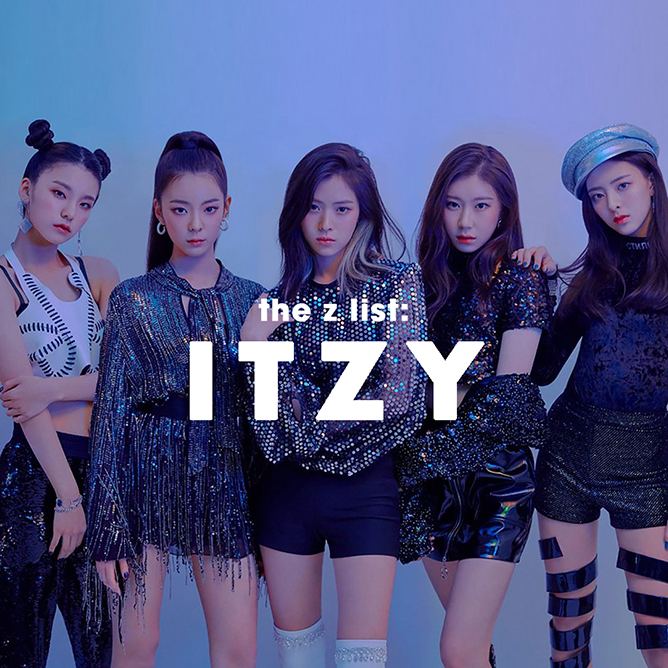 On the other end of the music radar, we have a new batch of young pop mavens poised to lead the next era of K-pop. Made up of five immensely talented ladies with an average age of 18, JYP Entertainment’s new flagship act has since earwormed their way onto the charts with their record-breaking debut single, ‘DALLA DALLA’ – an empowerment anthem that encourages fans to embrace what makes them different.

Unlike TWICE’s usual brand of bubblegum pop, ITZY plays into the lesser-explored girl crush concept that seemingly draws influences from Wonder Girls and Miss A – a formula that works wonderfully in their favour. Besides becoming the fastest K-pop outfit to hit 100 million views on a debut music video, they also achieved the incredible feat of being the quickest girl group to take their first win on a music show. If these numbers are any indication, they are well on their way to becoming the next big thing. 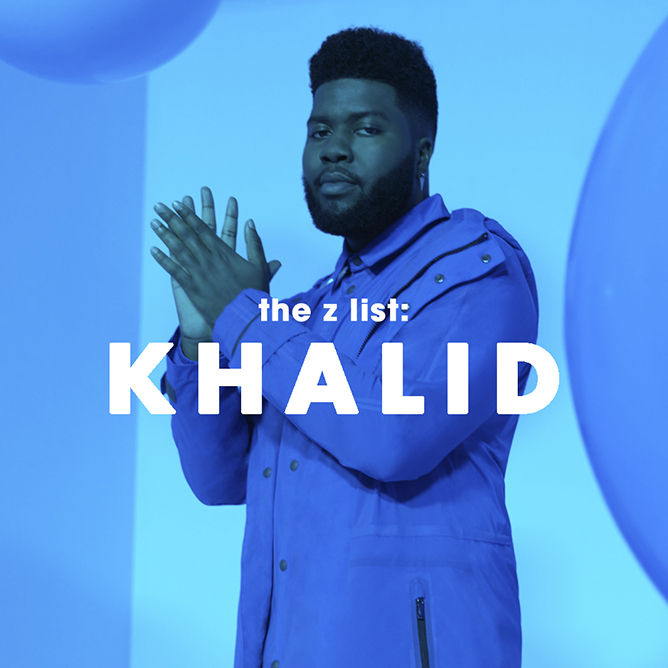 Much like his ‘Lovely’ collaborator Billie Eilish, Khalid’s whirlwind rise to stardom was very much fuelled by the power of the Internet – after all, he’s known as the second most-streamed artiste in the world for a reason. His 2017 debut effort American Teen was an instant hit, drawing in listeners with compelling lyrics that speak to the broody teenager in all of us. But everyone has to grow up some day, which brings us to his much-anticipated follow-up titled Free Spirit.

No longer the young, dumb and broke kid we used to know, the R&B crooner returns with a matured sound that showcases his progression as a songwriter – without losing his authenticity and childlike charms. “I love growing up,” Khalid shares with MTV News. “I can’t wait to see where I’ll be at 25 and what type of music I’m going to make. I know for a fact that I’m gonna be young forever; even if I’m 60, I’ll still have a little pep in my step.” Wherever his next move is, we bet the rest of the world will be watching. 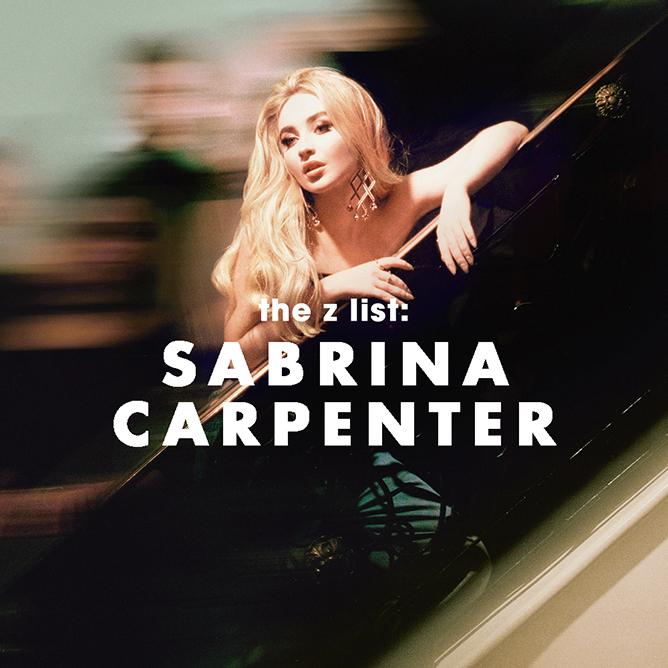 Sabrina Carpenter needs no introduction. Fans might recognise the Disney darling from the hit series Girl Meets World, but the 19-year-old has been making remarkable moves in her budding music career as well. After lending her voice to several Disney projects, the aspiring singer decided to strike out on her own with her debut album Eyes Wide Open, which successfully marked her transition from teen actress to bonafide pop diva. Plus, she’s got the songwriting chops to boot.

Most of the tracks in her third studio album Singular are co-written by the songstress, allowing her to really come into her own as an artiste. “I’ve been working on the record for the past two years and I really just started to get a greater understanding of what I was capable of,” she explains to Vogue about the creative process behind it. “I wrote the entire thing, so I decided to call it Singular because I want it to embody that confidence of being able to kind of accomplish what you want on your own.” We couldn’t be more proud! 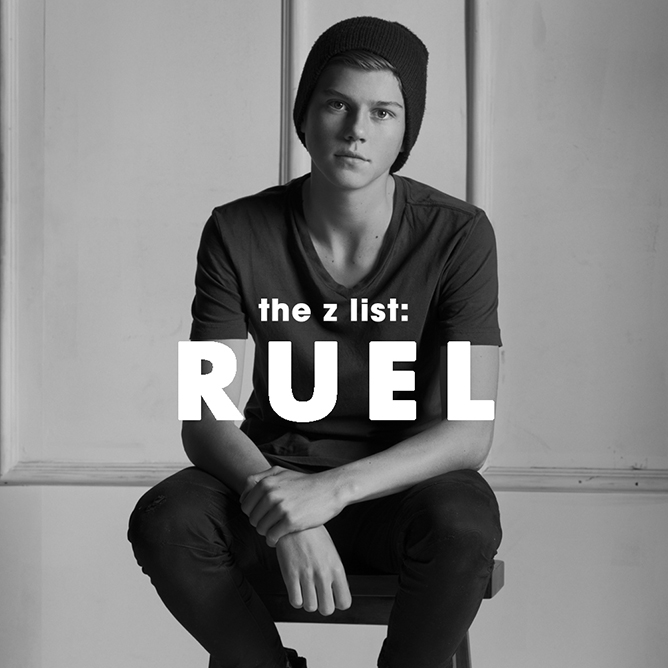 From busking along the Sydney’s beaches to performing in front of sell-out crowds, the young pop prodigy has come a long way since he was discovered by award-winning producer M-Phazes (“I lost my mind when I heard his voice!”). For a 16-year-old, Ruel’s credentials are admirable to say the least. He boasts numerous self-composed tracks under his belt including his earlier hit ‘Don’t Tell Me’, which was written when he was only 12. He shares, “When I write about something, it helps me figure it out in the process. I want people of all ages, whether they’re 15 or 50, to be able to relate to my songs.”

And it’s safe to say he succeeded in doing just that; Ruel’s debut EP Ready has since chalked up over 100 million global streams thanks to standout singles ‘Dazed & Confused’, ‘Younger’ and ‘Not Thinkin’ Bout You’. Rounding up his already impressive list of achievements is the title of 2018’s Breakthrough Artist by the ARIA Music Awards – and that’s certainly saying something. 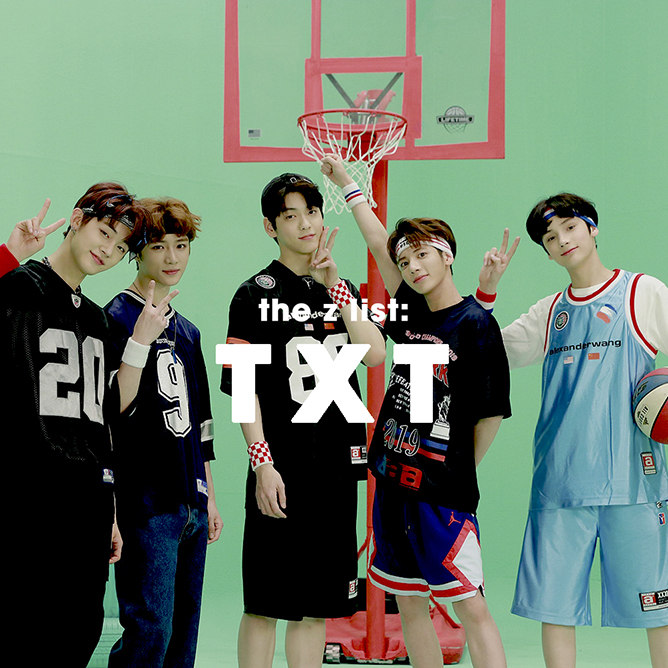 Managed by the people behind the world-conquering BTS, Big Hit Entertainment’s second boy group project Tomorrow X Together – aka TXT – looks set to follow in their superstar sibling’s footsteps. Since exploding onto the scene with their feel-good melodies and youthful energy, these fresh-faced lads (with an average age of 17) have already built up a stellar portfolio their counterparts can only dream of.

Not only did they top multiple music charts with their lead single ‘CROWN’, these power rookies also made history as the fastest K-pop group to hit number one on Billboard’s World Albums and World Digital Song Sales Chart. Despite being only two months into their debut, TXT already has their eyes set on the global stage. Besides embarking on their US showcase tour, the quintet is also expected to perform at KCON 2019 NY in July. Only time will tell if they’ll be able to match up to BTS, but we think they’re off to a great start. 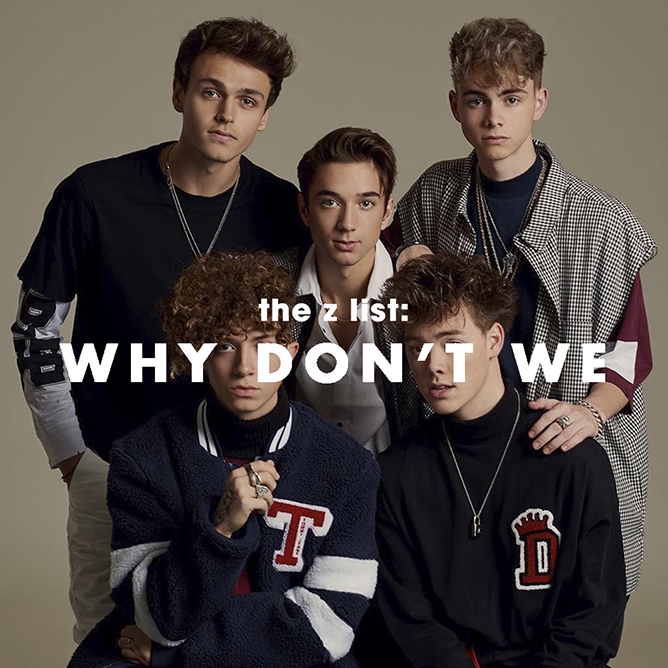 “Why don’t we make a band?” they thought, and never looked back. Prior to their formation as the Why Don’t We we know today, the boys have already made quite a solo career of their own – with most of them starting out by doing what our generation does best: uploading covers on YouTube. A year and five EPs later, the boys landed a record deal with Atlantic Records, toured with the likes of Shawn Mendes and The Chainsmokers, and sold out shows across the globe.

It’s hard to resist their charms: take one glance at Why Don’t We and you’ll be smitten by their heartthrob-worthy looks, but let’s not forget about the harmonised vocals and addictive choreography that propelled the under-21 fivesome to mainstream consciousness. Even though they’re currently immersed in their 8 Letters Tour, it doesn’t stop them from putting out new music. In an interview with Forbes, Corbyn Besson explains, “I think at the end of the day, our entire career stems from the music and we’re not Why Don’t We without it.” Perhaps that’s the whole reason why fans keep coming back for more.

ALL EYES ON THEM 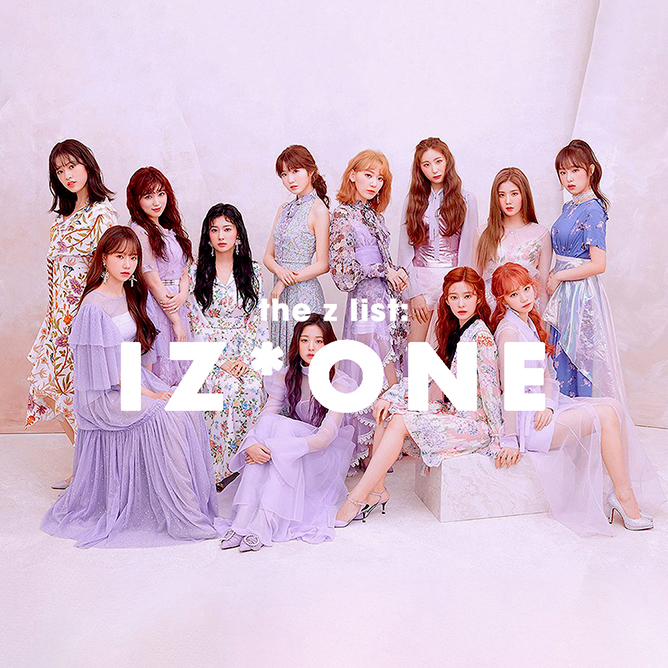 After the explosive popularity of Korean survival competition Produce 101 which birthed supergroups I.O.I and Wanna One, their latest all-female lineup wasted no time in following up on the success of their predecessors. Consisting of Korean and Japanese members that came out tops in Produce 48, IZ*ONE has been setting records left and right since their debut – cementing the hybrid group as one of the hottest names in both the K-pop and J-pop game.

And they’ve got the numbers to back them up: their debut record Color*Iz dominated charts in and out of Korea, including the Oricon Weekly Album Chart and Billboard World Albums Chart. Their sophomore release Heart*Iz continued to hit new chart highs, with their latest track ‘Violeta’ bagging a total of seven music show wins. Although they have a short shelf life of only 2.5 years, there’s still plenty of time left till the end of their contracts and we can’t wait to see what else these bright young gems will bring to the table!

Read more about these Gen-Z stars in our latest issue of Teenage Portfolio featuring cover girl Billie Eilish, out on newsstands now!