Will any track off Taylor Swift’s upcoming Reputation escape, diss-free? We think not.

Teasing the world with a intriguing yet slightly creepy snippet of a child saying “Gorgeous” repeatedly on her Instagram, Taylor soon released ‘Gorgeous’, the third single she has shared off her upcoming album, Reputation. Unsurprisingly, the Internet went nuts – with Swifties gushing over the ’80s-sounding tune and everyone else speculating who the track was really about. And with romantic lyrics singing about “ocean blue eyes” and “being so gorgeous it makes me mad”, the popular choice naturally leans to Taylor’s current beau, Joe Alwyn.

But what we’re really interested in? Taylor’s sneaky lyrics about how she’s got “a boyfriend, he’s older than us/He’s in the club doing I don’t know what”. As we all know, Taylor has only had two boyfriends who were older than her – Loki aka Tom Hiddleston (31) and Calvin Harris (27) . But with the latter being an EDM DJ whose job literally requires him to be at clubs… Which means that snide line’s most probably about Calvin. Oh the shade. 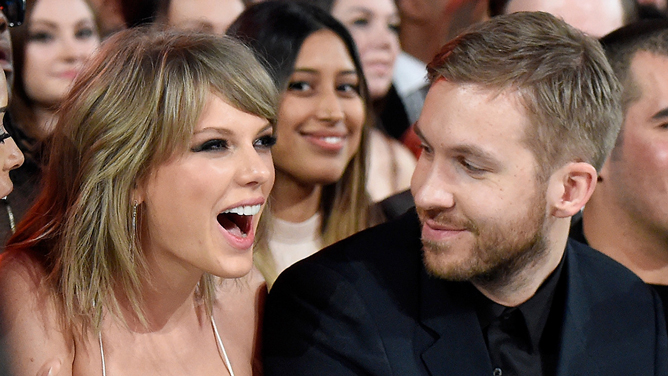 Meanwhile, here are the best fan reactions so far about ‘Gorgeous’, from Swifties who’ve had the honour of listening to Reputation at private sessions with Swift both in London and at her home in Rhode Island, and the rest of the world.

Only the 300 fans who attended #repuationsecretsessions know who #thegorgeousbaby is at the beginning of #GORGEOUS! pic.twitter.com/Qzrdc5iP9F

There's nothing I hate more than what I can't have #TaylorSwift #Gorgeous #QUEEN pic.twitter.com/kXTygz4yWh

THE BACKING VOCALS OF THE CHORUS MAKE ME WANNA THROW MY ARMS IN AIR AND SING EVERY WORD WITH TAYLOR IN AN ARENA OF 20,000 PEOPLE #Gorgeous

Taylor told fans at #reputationSecretSessions that #Gorgeous is about her boyfriend, Joe Alwyn ❤️ pic.twitter.com/WS1hro5ojJ

STUMBLE HOME TO MY CATS pic.twitter.com/bVGNa1Uf4w

Needless to say, 10 November (when Taylor’s scheduled to release Reputation) can’t come soon enough. And if the three tracks are anything to judge by, the world will be listening to Taylor spill the tea on this epic record. #WeNeedReputationNow

Which single has been your favourite so far? Share your thoughts with us in the comment section!

Entertainment
Did Taylor Swift Just Sing About Her Boyfriend While Throwing Shade At Her Ex?
×
Get the latest scoops delivered straight to your inbox