Following their sell-out concerts across North America and Europe, Korean hip-hop trio Epik High will be hitting our shores for the Singapore leg of their ongoing world tour.

No stranger to our little red dot, Epik High (made up of Tablo, Mithra Jin and DJ Tukutz) has previously performed here back in 2014 and 2015 – but this marks their first standalone show on our island since their inception, and it’s also their first Southeast Asian stop in the tour.

Longtime fans will not only get to indulge in nostalgic singalongs of the hip-hop sensation’s decades-spanning discography, but also witness pulsating performances of fresh tracks off their latest studio album Sleepless in __________ such as ‘Lovedrunk’ featuring Crush and ‘Eternal Sunshine’ (produced by Suga of BTS). 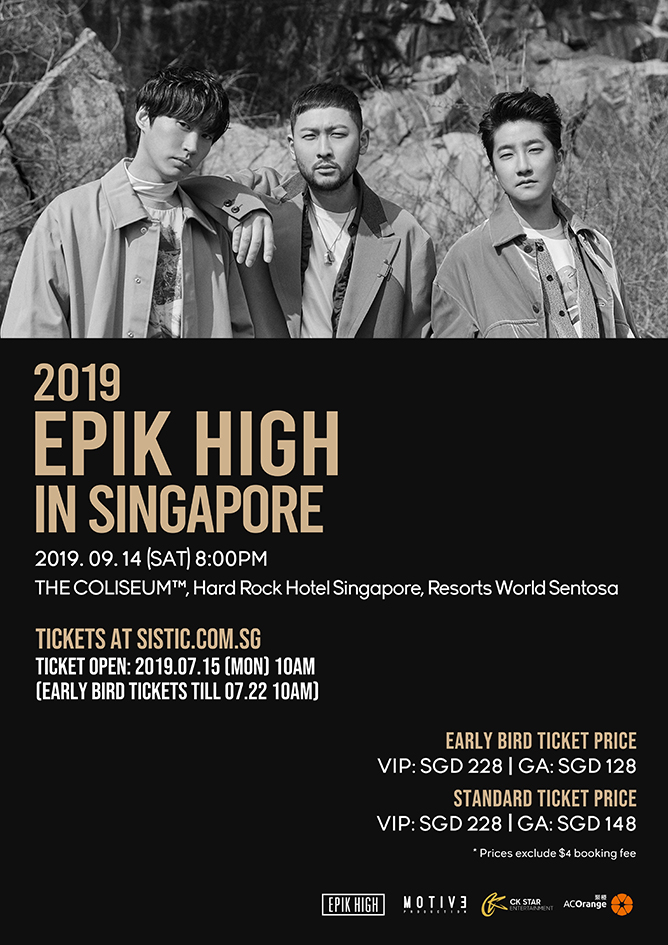 Tickets will go on sale 15 July, 10am via www.sistic.com.sg. VIP ticket holders are entitled to a group photo with Epik High, along with priority entry to the venue as well as a poster.

Meanwhile, check out the music video for their latest track ‘Lovedrunk’ starring IU: