Violinist, variety star, K-pop idol, dancer and composer – Hong Kong-Canadian entertainer Henry Lau is a man of many hats. You can now add ‘Hollywood actor’ to his extensive resume with the soon-to-be released American comedy-drama A Dog’s Journey, the sequel to the 2017 dog-centric flick A Dog’s Purpose which follows the many lives of a devoted dog named Bailey.

In A Dog’s Journey, Henry plays the role of Trent, the Chinese-American best friend to the main protagonist Clarity June “CJ” (Kathryn Prescott) whose life is chronicled throughout the film across Bailey’s various lives. While not one of the main cast members, Trent’s story arc made for lasting impact throughout the film – and one that will leave many viewers’ hearts full and eyes dry. We spoke to the singer – best known for being a former member of Korean mega boyband Super Junior-M – over the phone for his thoughts on his Tinseltown debut, working with animals and what else to expect from the 29-year-old this year. 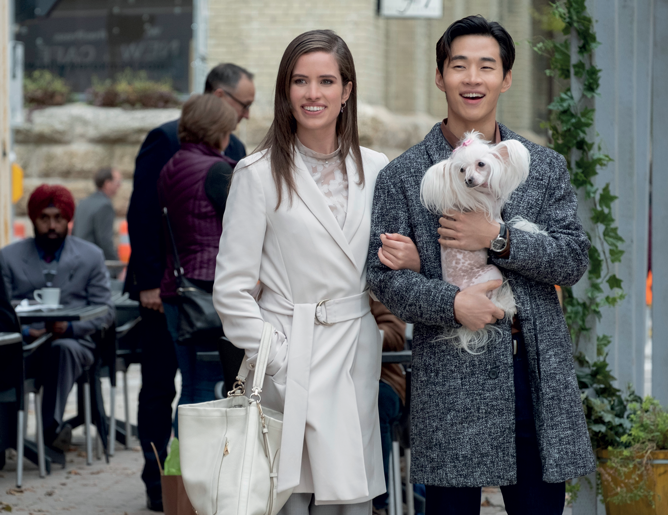 Hi Henry! Could you tell us more about how you landed this role?

I was on the set of Chinese movie Double World when I got a call from the director of A Dog’s Journey, Gail Mancuso, who told me about the character Trent. I noticed that there were so many similarities between Trent and I, so when I got my hands on the script and read it, I thought, “Wow, I gotta go in and get on board with this.” So, here I am.

What are some of those similarities you felt you had with Trent?

We come from similar backgrounds: Trent is a Chinese-American, and I am a Chinese – not American, but Canadian. Trent also starts off as a very nerdy character, and I was exactly like that when I was young because all I did was play the violin, piano and listen to classical music. As Trent evolves into a more mature version of himself, it was like when I went into pop music and became more ‘stylish’ in a way. There are just so many similarities between us!

As you portray someone who basically grew up throughout the movie, how has it been like moving from scene to scene at different moments of the same character’s life?

I played Trent when he was in high school and again around 10 years later when he was reunited with CJ, which was really interesting for me. The high school part in particular – I personally spent some time with Ian (Chen), the actor for young Trent, to see how he acted, talked and made gestures, then I kind of just mimicked Ian in my acting for high school Trent. 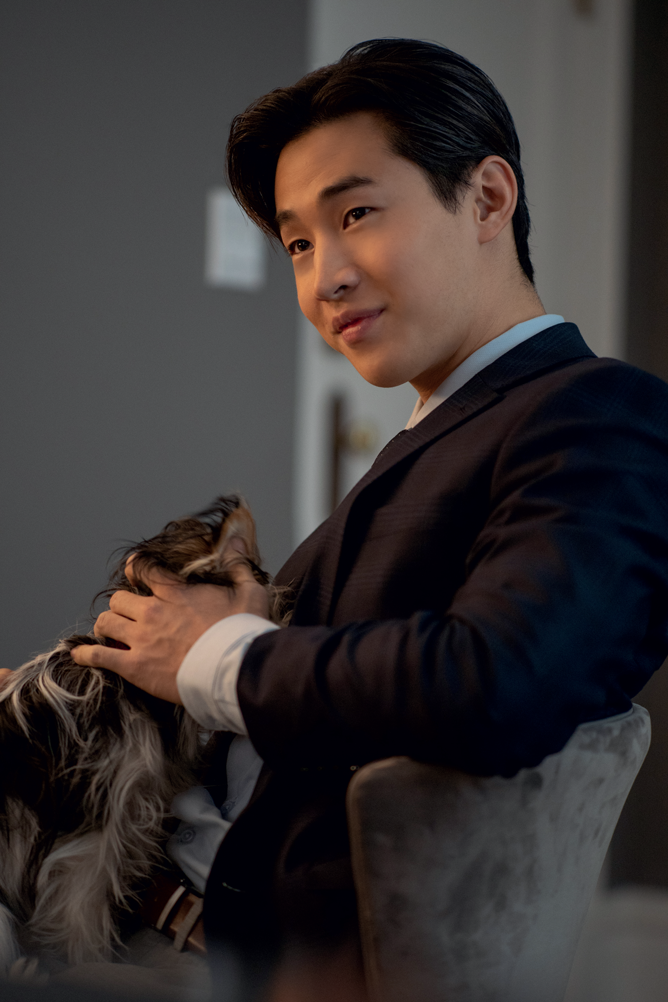 In this film, CJ is a musician. As a singer and composer yourself, did you have any role to play in the music side of things?

It was kind of new because she’s the musician and not me. I didn’t know it at first, but this was Kathryn Prescott’s first time playing the guitar, so I would sometimes help her out with some chords that she found difficulty with.

As an animal lover yourself, how do you think this movie has impacted how you view pets?

I think after you watch the film, you will realise that pets need plenty of love and attention, and that they have feelings just like us. For me, I’ve always wanted to own a dog, but my parents didn’t let me have one when I was younger. It was really nice to act in this movie because there were so many dogs around – it was like living my childhood dream.

Have you ever owned a pet, besides wanting a dog?

I had a pet bird, and one of my best memories was of it flying to me when I was playing my guitar and sitting on my shoulder. It hated the violin though, it would fly away every time I played the violin (laughs).

Excited for my screening of #adogsjourney on Monday!! #dogsofinstagram #dog

What was your biggest takeaway from the film?

One thing I learnt is to remember what a movie stands for. The title and the purpose of A Dog’s Journey is to bring people happiness and make them feel better. While I was filming, I just had one thing in mind – let’s just make something that people would enjoy watching.

In the past, you’ve focused quite a bit on the Korean and Chinese markets. With this being your first official foray into the American movie scene, how are you finding the differences between the East and West?

Firstly, the food (laughs). I don’t think it’s necessarily the countries that are different, but the projects I was involved in. When I was in China for Double World, the entire set had very high energy due to the action scenes – next thing you know, I’m here in America with dogs, which is just really calm and relaxing.

How do you feel about Asian representation in Hollywood at this moment?

I definitely think there needs to be more Asians in Hollywood. There are a few amazing actors at the moment, but it needs to be more diverse – not only actors, but also writers and directors. Having more Asian stories is important too. I think there’s a lot of people who are curious about Asian culture in America; films like Crazy Rich Asians just shows that people want to hear more stories about this.

I’ll do my part on the acting front – I know that it’s really rare for an Asian to have such a big role in a Hollywood film, but I didn’t realise how rare it is until people told me, “Henry, you’re doing a big thing right now.” At that point, it dawned upon me that I have the responsibility of doing a good job, not just for myself but for the entire Asian community. It’s a step in the right direction.

How has this filming experience matched up to making music?

I think music and film are similar in some ways but different in other aspects. The main difference is that I’m used to just preparing for a performance – after an hour or so, it’s over. For the movies, you really have to focus for a long period of time. But if you have to know, there isn’t one I prefer over the other. 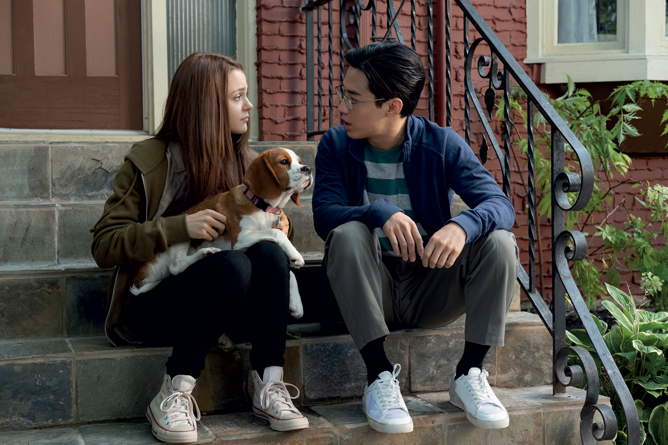 Is there a specific movie genre you’d like to try next?

I would definitely like to be able to show some music in my next role. If it’s a role that has a violin, even better!

What’s next for you after wrapping up promotions for the film?

I have a new album coming out in a few months; we’re working on it right now. After that, my Chinese movie Double World will be coming out at the end of the year.

A Dog’s Journey starring Henry Lau will be out in theatres on 16 May. Watch the trailer here:

Entertainment
Interview: Henry Lau Talks About His Hollywood Debut, Love For Animals And New Album
×
Get the latest scoops delivered straight to your inbox