Let’s face it: we all had a Jonas Brothers’ phase, especially if you’re a 90s kid who grew up watching Disney Channel. Whether you spent your tween weekends closely following their exploits, rewatching Camp Rock at every sleepover or simply listened to their inescapable bops on repeat, there’s no hiding the fact that we were disappointed when the trio inevitably parted ways back in 2013.

Fast forward six years later, the JoBros have got news for you – Nick, Joe and Kevin are back! Following reunion rumours after their social media accounts were blacked out, the band of brothers surprised the world by dropping their new comeback single ‘Sucker’ along with their accompanying music video, featuring none than other than their significant others Priyanka Chopra, Sophie Turner and Danielle Jonas. Someone send an S.O.S., ’cause we can’t stop freaking out.

Here are some reasons why you ought to get excited about their comeback. 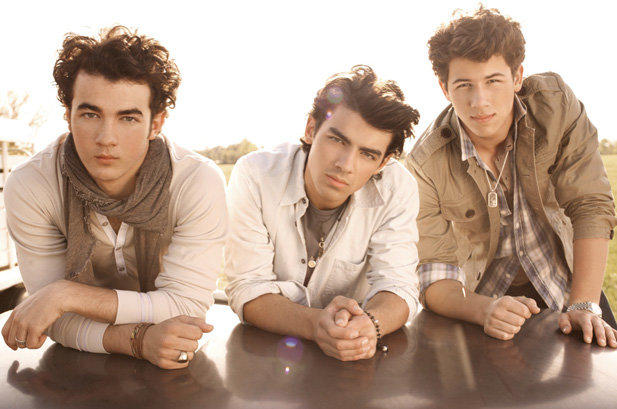 The JoBros had been on a chart-topping spree in 2013 when just two days before a scheduled tour and in the middle of preparations for their fifth studio album, they decided to call it quits. A spokesperson then cited a “deep rift in the band” and a “big disagreement over their music”, which signalled to disappointed fans that this could be the end of Jonas Brothers, indefinitely. Thankfully, it seems like they finally got over this disagreement (and we didn’t have to wait till the “Year 3000”).

Hello Jonas fans everywhere! I feel that this fan account is long over due! Enjoy this account dedicated to our guitar hero, @kevinjonas 🎸😊 pic.twitter.com/2PdoQUBEMc

During their six-year hiatus, Nick has enjoyed success as a solo musician while dabbling in acting and Joe had been churning out tunes with his new group DNCE. On the other hand, eldest brother Kevin had been focusing on non-music endeavours – flexing his entrepreneurial spirit by founding real-estate and development brand JonasWerner, communications and social media agency The Blu Market, and even his very own food app Yood.

Although his side projects are doing fairly well, the 31-year-old had been staying away from the entertainment limelight, appearing only at fashion shows and a stint on Celebrity Apprentice. With this comeback, Kevin stans will be able to see him on stage once again – with a prim new haircut to boot. 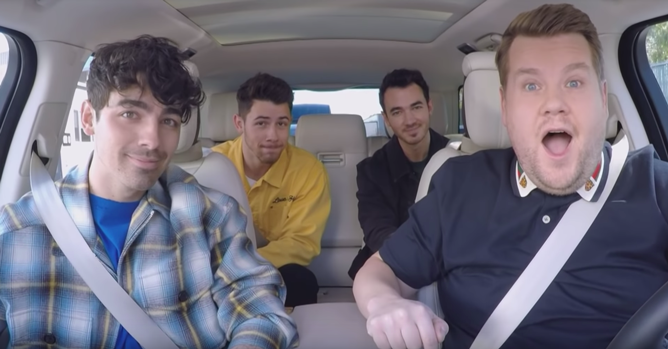 The rumour mill went abuzz when their Instagram reactivated in January 2018, but the trio has vehemently denied all possible news of new music together, up until the end of February this year. Sharing a clip on James Corden’s Carpool Karaoke spot, Nick exclaimed, “It’s nice to be able to finally tell somebody. We’ve kept this a secret now for almost seven, eight months.” The boys (now men, we suppose) will also be taking over The Late Late Show With James Corden for a week, so expect interviews, sketches, songs and the full Carpool Karaoke segment to occupy your week from 4 to 7 March.

And yes they’re back…and may I say… hotter than ever. So proud of the family #Sucker #JonasBrothers #MidnightET

Nick and Indian actress Priyanka Chopra tied the knot to huge fanfare in a three-day wedding at the end of 2018, and fans are no doubt waiting to see how the youngest JoBro’s beau is reacting to the news. Sharing the artwork of the single on her own Instagram page, she captioned it, “And yes they’re back…and may I say… hotter than ever. So proud of the family #Sucker #JonasBrothers #MidnightET.” She also commented “Yesss baby! It’s time! So proud.” under Nick’s own post. Love to see the family support!

Game of Thrones star and soon-to-be family member Sophie Turner also shared the love. Engaged to Joe since October 2017, the actress shared the same single cover on her Instagram with the caption “They’re back baby” and commented her excitement on the original JoBros’ post barely a minute after it went up.

It should probably be no surprise that both of them, as well as Kevin’s wife Danielle Jonas, were featured in the music video – we still can’t believe that these tween stars came back married and engaged!

#5 They still have the same sense of humour

Just for you guys 🎉

If you’re afraid that the years changed the group too much, don’t be; one of their latest posts on Instagram shows that the three heartthrobs are still the fresh-faced teenage rock band that every girl of that era swooned over. In a blast from the past, the trio recreated their 2008 video that went viral amongst their fans – a literal play on the term “how the tables have turned”. Now in 2019, the clip ends with copious amounts of confetti and a “Hello Again” sign – just in time for today’s release.

#6 They have “All Grown Up” – and cropped their hair short 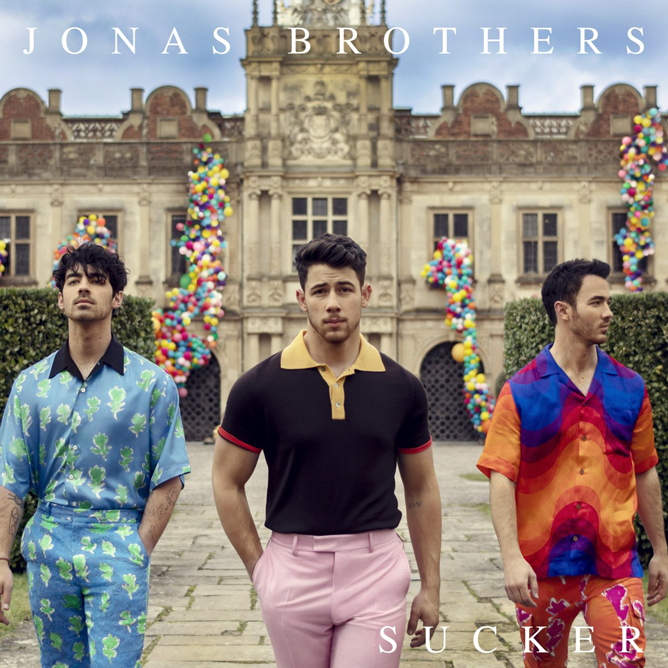 Teens in the early 2000s will remember the JoBros’ distinct style: slim ties, skinny jeans and leather jackets. As with the release of the ‘Sucker’ cover art, former teenyboppers can clearly see that the band has grown out of that fashion trend. Decked out in loud get-ups, each JoBro sports brand new looks vastly different from the other – from Joe’s high-waist, matching prints silk shirt and bottoms to Kevin’s psychedelic print top from Dries Van Noten last seen on Beyoncé, this is a new era of Jonas Brothers fashion we’re looking forward to.

The one thing you might miss is the mop of shaggy, curly hair on each brother’s head, but we don’t hate the close-cropped hairstyles one bit.

Watch the full music video for ‘Sucker’ below:

Over the moon for Jonas Brothers’ comeback? Tell us which song of theirs you love the most in the comments below!