When the cast of Viu’s all-new original travel show No Sleep No FOMO visited Singapore last month, fans were bummed that Korean-American singer Kevin Woo (who guest starred alongside Paul Foster and Kim Jong Kook in the Hong Kong episode) wasn’t present for the launch party. But FOMO no more; we managed to catch up with the former U-KISS member via an email interview, where he shared more about his 60-hour sleepless adventure – fear-inducing missions, exotic cuisine and all. Here are some fun facts we discovered about Kevin!

“I’ve grown up admiring his music and I’ve always watched him on the show Running Man,” says Kevin, who has nothing but high praises for Kim Jong Kook. Little did he expect to be teamed up with the one and only Sparta Kook for the Hong Kong episode. When asked about his first impression of his fellow co-host, he shares, “He was everything I expected him to be in person. He was incredibly nice and I was very surprised at his English.” It seems like Kevin is a successful fan after all – they even became friends on Instagram! 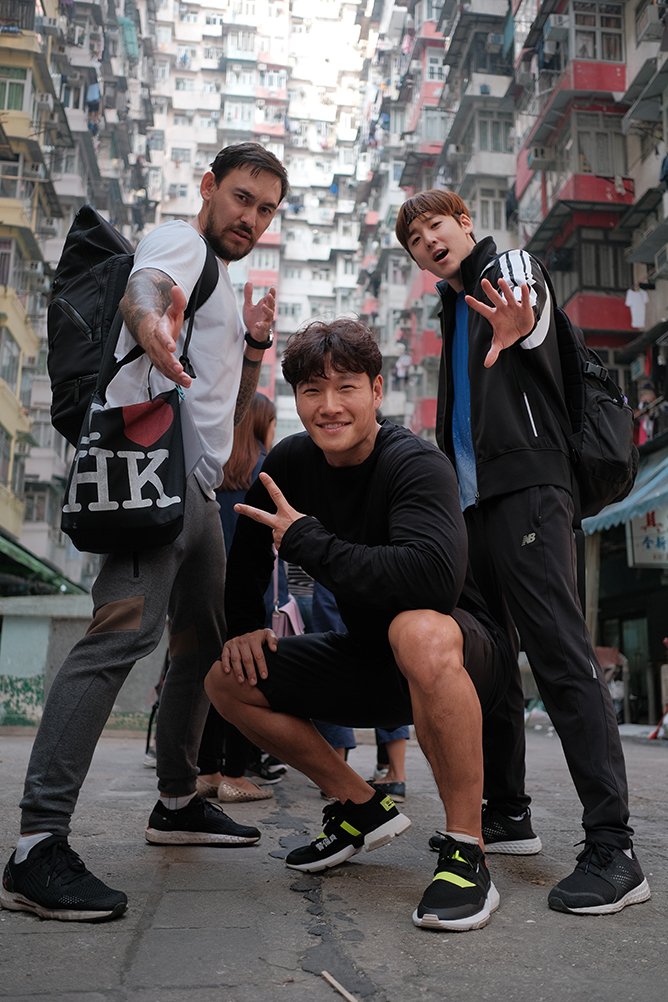 How was it like to have Paul Foster as a travel buddy? Two words: not human (according to Kevin). “I don’t know how he survived all eight episodes of travelling without sleep,” he exclaims, cheekily adding that he finds the local TV host to be a “great frenemy”. He explains, “Although he’s very competitive when it comes to completing a mission, he’s also very knowledgeable about Hong Kong and took good care of me on and off camera.”

#3 Exotic dishes are not his thing

During the Hong Kong episode, the trio tried plenty of exotic local dishes such as the famous snake soup – which Kevin evidently isn’t a fan of. “I really dislike things that squirm so it was quite a challenge for me,” he recalls. “My heart almost stopped for a second when the owner of the store brought out a real live snake to scare me!” 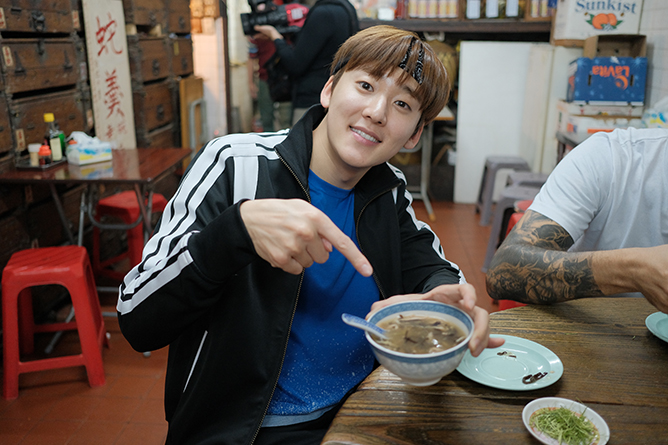 Their Hong Kong adventure also saw them taking on a series of physical challenges, but these FOMO missions are certainly no walk in the park. Some of the activities included karate training and a trampoline obstacle course, but what Kevin really wanted to try out is bungee jumping. “I’ve always had a fear of bungee jumping, but I’d like to add it to my bucket list.” Go for it, Kevin!

#5 He wants to go on a trip with Eric Nam

It’s no secret that Kevin and his longtime After School Club co-host are pretty chummy, which explains why he would pick Eric Nam to go on a FOMO mission with him if given the opportunity. “I’d like to visit India with Eric. He’s a close buddy of mine and I recall him talking about his trip to India.” We think it’d be an epic episode if this team-up happens — do your thing, Viu!

Feeling the FOMO? Catch Kevin Woo on Episode 5 of No Sleep No FOMO on Viu! New episodes air every Friday, 8pm.