There’s no lack of reasons to love MAMAMOO – they’ve got sweeping vocals, they’ve got killer stage presence and they ooze major cool-girl attitude; a breath of fresh air in a world where girl groups tend to go for the tried-and-tested bubblegum pop formula.

Widely loved for their string of unapologetic girl-crush anthems such as ‘Egoistic’, ‘Decalcomanie’ and ‘gogobebe’, the four-member powerhouse has always been known to portray a more mature, confident side of themselves in their music. But when they’re not performing in their element, the girls can be found laughing and goofing around just like any other person. 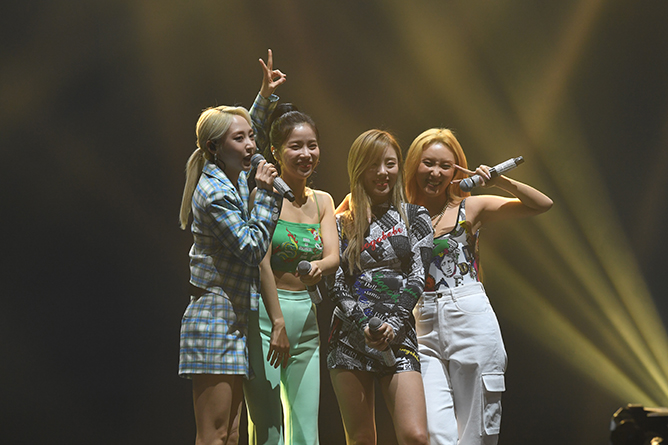 And that’s perhaps another reason why MAMAMOO has been getting so much love from legions of fans around the world: they’re real and never pretentious, as shown at their first ever fanmeeting in Singapore on 27 April at [email protected] Box. Although it’s a pity they weren’t able to showcase their complete repertoire of songs at a full-fledged concert, the members made up for it with entertaining Singlish banter and tons of swoon-worthy fan interactions (hugs and selfies galore!). Here are some of our favourite moments of the night:

#1 When MAMAMOO slayed the Singlish game

It has almost become a ritual for K-pop stars to go through a Singlish crash course in our country, and MAMAMOO is no exception. With some help from the emcee and translator, the members managed to pick up a couple of common phrases such as “Really meh?” and “Steady lah!” which they made sure to pepper generously throughout the show. A+ for effort!

where will you find a group that gets super fired up over a scissors paper stone match as if they are in a life or death fight😂 #HELLOMOOMOOINSG pic.twitter.com/RZIZXhptA2

Oh you know, just an ordinary day in the MAMAMOO household. We’re no stranger to their onstage shenanigans, so it came as no surprise when Hwasa and Solar (affectionately dubbed the HwaSun couple) unleashed their inner crackheads by engaging in a heated match of scissors paper stone. Meanwhile, a flabbergasted emcee attempted to calm the chaotic duo down, but to no avail. And just in case you’re interested to know, Solar won.

During the Q&A segment where they picked out fan requests from a board of post-it notes, a MooMoo requested for Wheein to dance to ‘Moderato’ with Moonbyul. Things got a little naughty midway through the dance, which resulted in Hwasa forcefully separating the pair and Solar hilariously commenting that “there are underaged kids in the crowd”. Not that we mind – give us more!

#4 When they surprised MooMoos by wearing kebayas

While most K-pop acts would usually don a simple T-shirt for their encore stages, MAMAMOO upped the ante by paying homage to our Peranakan culture during their ending performance of ‘Waggy’. How stunning do the ladies look in their colourful kebaya dresses?

At the end of the fanmeeting, Singapore MooMoos also made sure to reciprocate the love by celebrating Wheein’s birthday which was on 17 April. In a similar vein of extra-ness, fans presented the 23-year-old with a cake that resembled a hotplate of stir-fried chicken feet – one of Wheein’s favourite Korean dishes. You know what they say: like idol, like fans! 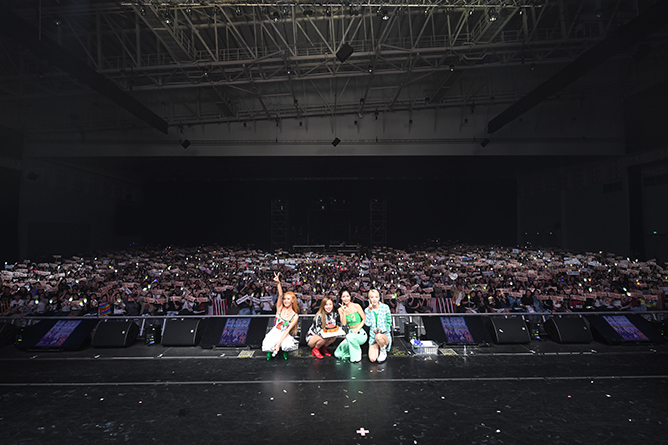 Ending the night with a rousing performance of ‘Um Oh Ah Yeh’, the fab foursome wrapped up the final stop of their Asian fanmeeting tour on a high. Even though they left us with plenty of fond memories to reminisce over, we sure hope to see MAMAMOO back for a full concert soon!