Third time’s the charm indeed: the hugely popular K-pop girl group TWICE has just announced that they will be embarking on their upcoming 2019 world tour, which will mark their third time performing on our sunny shores!

After a massively successful concert in Singapore as part of their TWICE 2ND TOUR ‘TWICELAND ZONE 2: Fantasy Park series in June last year, local ONCEs can look forward to a handful of new tunes off their seventh mini album Fancy You as the girls are set to make their spring comeback this April.

According to the concert poster that was released through their official social media accounts, TWICE will be kicking off their tour in Seoul on 25 and 26 May before heading off to Bangkok, Manila and Singapore in the coming months. Shortly after, the nine-member act will make their rounds in North America before coming back to Asia for one last show in Kuala Lumpur on 17 August. 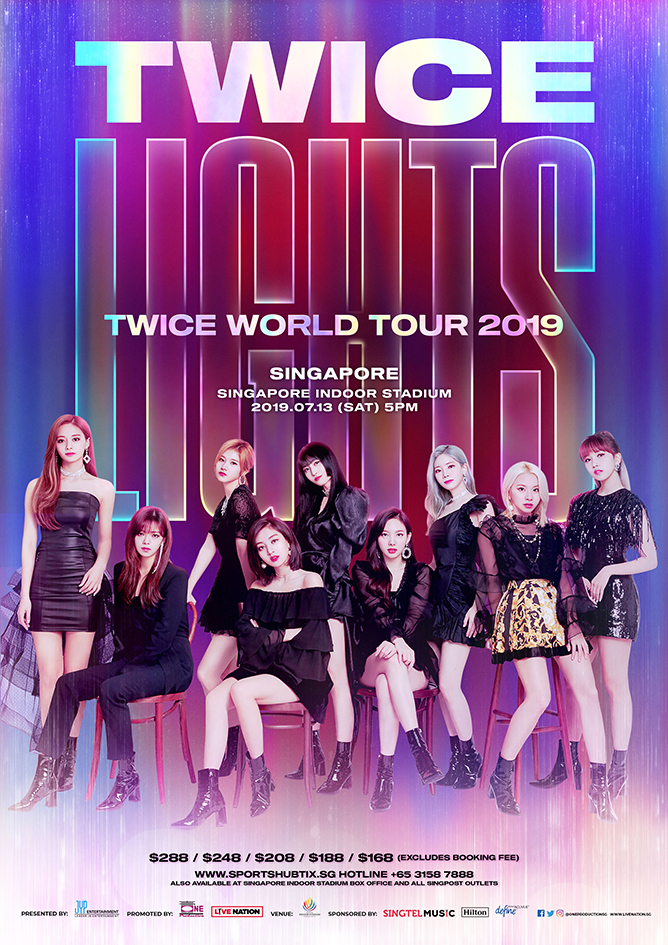 Entertainment
TWICE To Return To Singapore This July For Their 2019 World Tour!
×
Get the latest scoops delivered straight to your inbox