Known for their compact and colourful outlook, instax has always been the go-to camera for instant photo prints. Now, Fujifilm has upped their instax game with a new hybrid model that is able to capture our photo memories with sound!

Dubbed the instax mini LiPlay, this new-generation instax serves as the latest addition to their current line-up of iconic instant cameras as the smallest and most lightweight camera in the history of its series. Compared to the look and feel of its predecessors, the LiPlay has a streamlined body that is complemented with three stunning colour variations – Stone White, Elegant Black and Blush Gold – each holding their own unique finish. The Elegant Black, for example, has an embossed finishing that makes for an eye-catching detail on its camera surface. 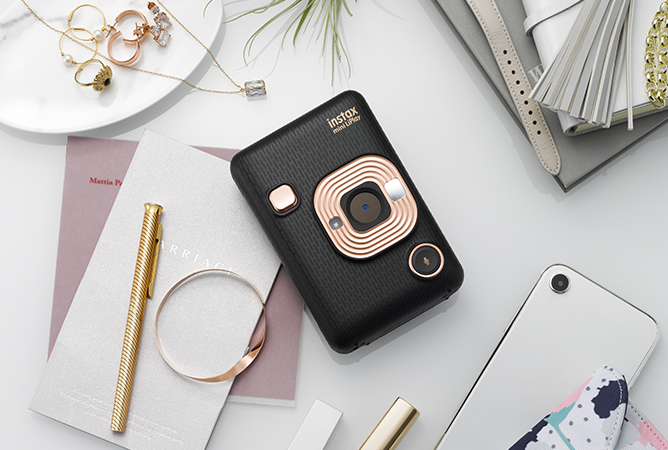 In addition to the primary functions of the instant camera, this powerhouse is packed with brand new features that incorporate digital technology to create lasting memories. Unlike previous models, the LiPlay features a 2.7-inch LCD monitor at the back, which gives it the ability to mimic various functions of a digital camera. Instead of having only one chance to get the shot right, you will now be able to get in more than a few tries without the worry of wasting your film as you have the ability to select the shot you want for printing.

What’s more, the camera comes with a remote shooting capability which makes taking group photos a breeze – even if you’re not anywhere near the camera. Controlled simply using a smartphone operation, having to squeeze in your entire clique into the frame will no longer be an issue! 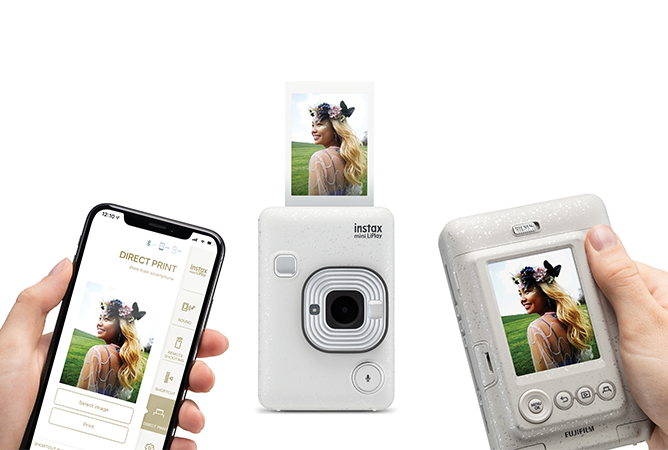 Built with a brightness adjustment capability based on exposure compensation, as well as six filters for processing images, the LiPly lets you make quick edits to your chosen shot before finalising it. The digital capabilities of the camera also creates an easier way for you to print images that are stored in your smartphone. So instead of using an external photo printer, you can now materialise photos that were taken last month with your instax camera via Bluetooth.

However, the defining factor that sets LiPlay apart from its counterparts – is its impressive ability to record audio. Although it might sound a bit like sorcery, this cleverly-devised function actually lets you record up to 10 seconds of sound which gets converted into a QR code that is printed onto your photo. This allows you to relive the exact moment the photo was taken with just a scan of the QR code using your smartphone. It’s exceptionally handy when you want to revisit those special vacation moments!

An instant camera, portable printer and audio recorder all in one? Consider us sold.

The Fujifilm Instax Mini LiPlay retails at $249, available at all authorised Fujifilm dealers in Singapore.