From Honey Butter Chips to the iconic Choco Pie, it’s no surprise that Korean snacks hold a special place in our hearts. While the snacks alone are enough to make us a loyal supporter, it’s often the celebrity endorsements that motivate our trips to the mart (especially when their promotional images are being used as part of the product packaging). Though these idol-fronted brands may be more of a common sight in kimchi land, it turns out that our local Korean marts have actually been quietly stocking up on these goodies. To get you started on your quest, here’s a list of products endorsed by your favourite celebs that you can get your hands on at anytime! 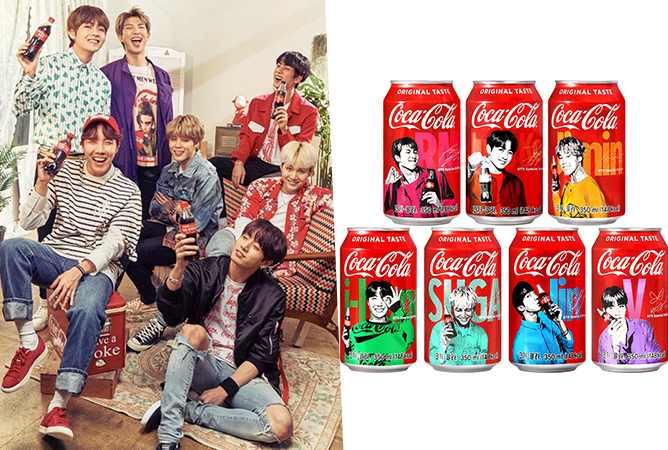 Although the Coca-Cola campaign has been launched since last year, local ARMYs can finally pick up all seven of these limited edition BTS cans without shopping online or leaving the country. Previously available only in convenience stores and supermarkets in Korea, it seems like our very own Korean marts have come through with these fizzy delights. And if you’re not a fan but you’re curious to know who’s who, here’s a breakdown of the colour representation on the cans: RM (Pink), Jin (Blue), Suga (Mint), J-Hope (Green), Jimin (Orange), V (Purple), Jungkook (Red). 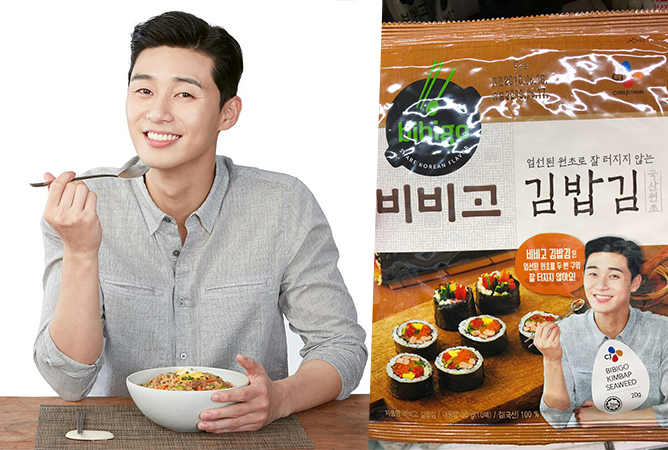 Since making waves in the K-drama world, Park Seo Joon is no stranger to the endless advertisement opportunities before him. Apart from endorsing international brands like Laneige and Gong Cha, the charming actor is also the face of Korean food brand, Bibigo. As their spokesperson, he endorses their range of pre-packed food products with a picture of him smiling on the packaging. Not all products come with his endorsement, but the kimbap seaweed wrap is a safe bet.

#3 BTS and Cold Brew by Babinski 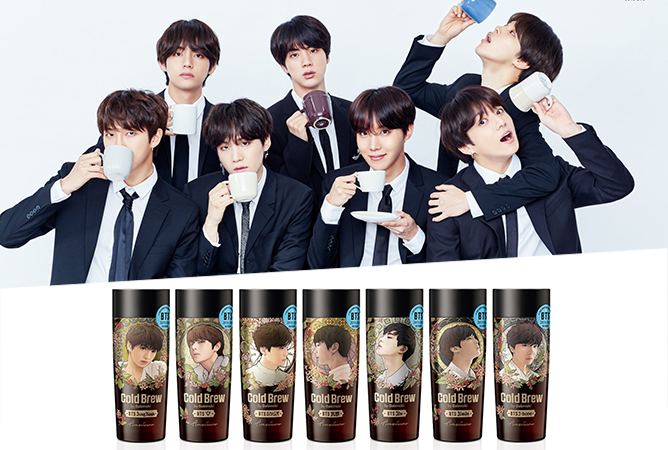 While most of us might not be familiar with Babinski, we might soon be acquainted after purchasing a bottle of their fragrant cold coffee. Widely popular in South Korea, the coffee brand is created by HY Fresh in collaboration with 2015 US Barista Champion, Charles Babinski. Unlike their competitors, the unique selling point of the coffee comes from the diligent mention of the actual brew dates on the packaging, which ensures consumers receive the freshest coffee possible.

Back in August 2018, the brand partnered with BTS to feature all seven members on their bottle packaging in a special Art Nouveau design series, which emphasised the romantic and artistic style of the group. While only the Americano flavour is available in Singapore for now, that shouldn’t be too much of a dealbreaker if you can have this gorgeous collectible to keep once you finish your drink. 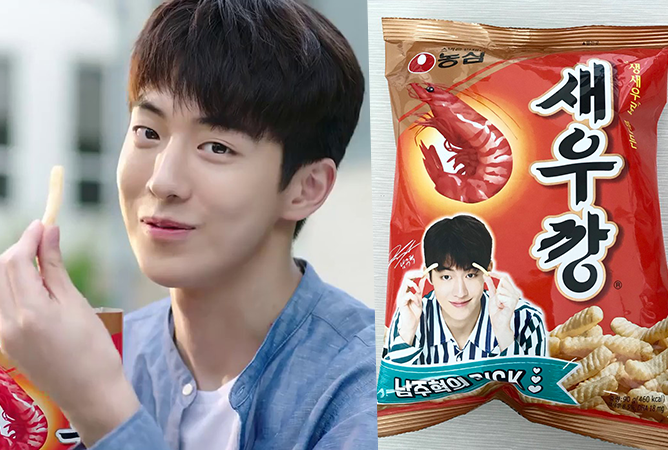 Known as the original shrimp flavoured snack, this light puffy snack was first produced by Nongshim back in 1971, and is now considered one of the most popular snacks in Korea. As if it isn’t already marketable on its own, the brand has engaged Weightlifting Fairy Kim Bok Joo’s Nam Joo Hyuk to endorse the product, which is now available in more variety of flavours including spicy shrimp! 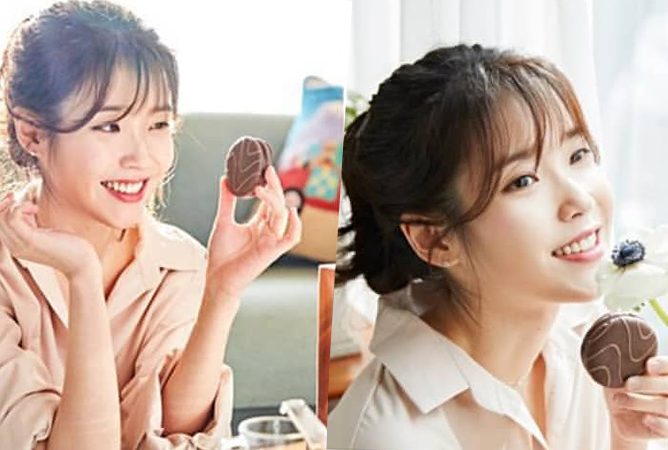 A popular snack that is similar to the famous Chocopie, Mongshell is filled with cream in place of the marshmallow found at the centre of the cake. As a huge fan of the product and having a sweet tooth herself, it’s no wonder IU jumped at the chance at being a part of the marketing campaign. Apart from starring in the various advertisements, the singer-actress had also lent her vocals for a special track related to the product that is aptly named the ‘Mongshell Song’. 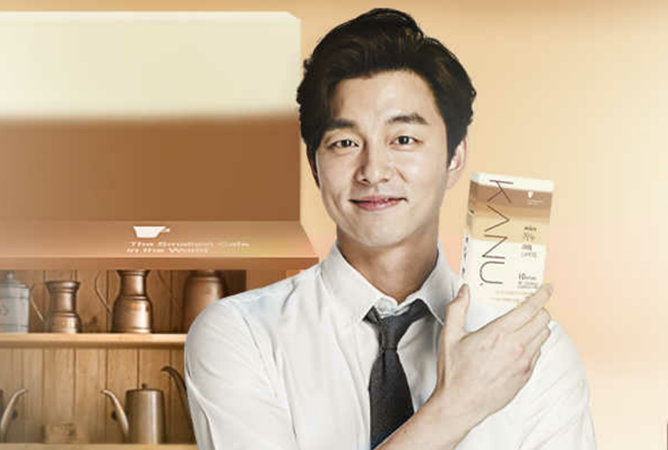 Gong Yoo’s longstanding partnership with Maxim began when they first selected him in hopes of tapping onto his well-received appeal as an actor. With Gong Yoo as the face of their product, they believed that it would help in enhancing the product’s overall image as a sophisticated coffee mix. And boy, did it work like a charm – Kanu Coffee has become one of the most sought-after instant coffee brands in Korea, offering up special seasonal blends and even iced coffee in its selections! 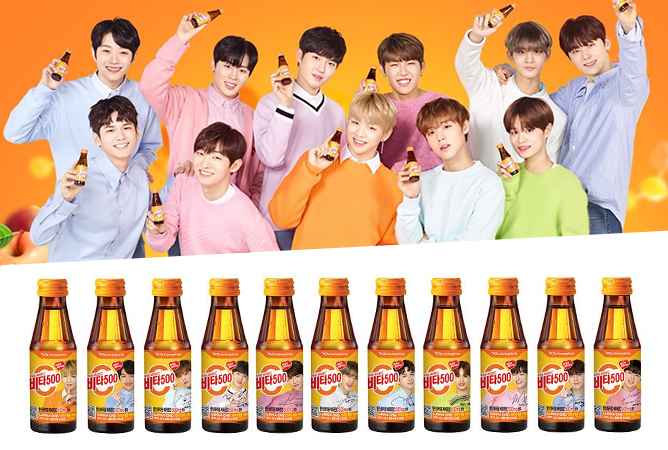 Widely popular in Korea as the market’s leading energy boosting drink, Vita500 provides just the right amount of vitamin C for your body to help get you through the day. In celebration of its 18th anniversary, the brand collaborated with Wanna One for a promotional campaign which saw the release of 11 different bottles for each member. While the group may have disbanded in January, you can still get your Wanna One (and vitamin C) fix with these thirst-quenching keepsakes! 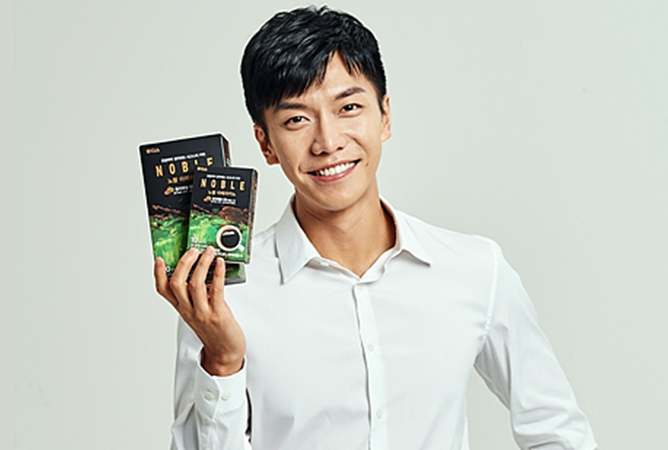 Unlike other coffee brands on the market, Noble Coffee prides itself as a premium health coffee brand that contains coffee polyphenols extracted from green coffee beans, which is known as an ingredient that’s beneficial in improving skin properties and micro circulatory functions. Perhaps that was the reason why Lee Seung Gi was chosen to endorse the brand. Not only is he multi-talented, the actor is also dubbed as the Nation’s ‘Um Chin-dal’ (mother’s friend’s son) – which gives the beverage brand a wholesome, healthy image that will appeal to the masses.

Are there any other Hallyu-endorsed brands that you spotted at our local Korean marts? Let us know in the comments below!