Up for some hearty lunch grub? The popular fast food joint Shake Shack will finally make its way to our shores at Jewel Changi Airport on 17 April, which marks its first-ever foray into Southeast Asia.

Having begun as a humble hot dog cart in the US, the brand has since expanded across the globe and earned a near cult-like following. Shake Shack lovers would know best that no two outlets are the same, but rest assured the people behind Singapore’s have a wealth of experience under their belt.

The Jewel Changi Airport outpost will be handled by SPC Group, who currently operates eight outlets in South Korea. From signature dishes to innovative new selections, here’s a peek of what fans old and new should expect from one of the most anticipated F&B openings in Singapore. 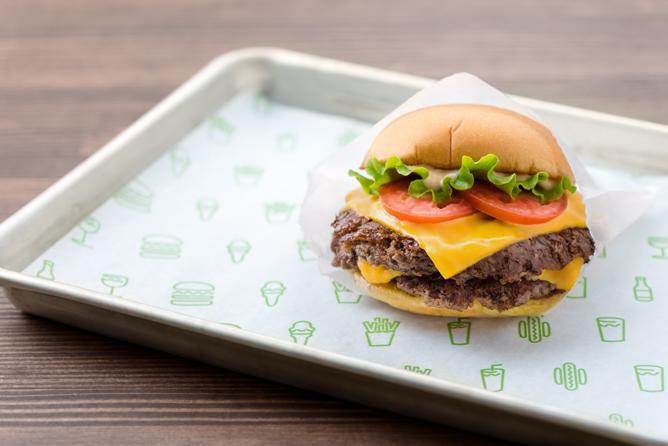 Easily the flagship dish on their menu, the ShackBurger is a staple at outlets worldwide. Touted as the modern rendition of a ‘roadside burger’, it features a medium-grilled US Angus patty sandwiched between a potato bun, topped with tomato slices, lettuce and the famed secret ShackSauce drizzled atop. 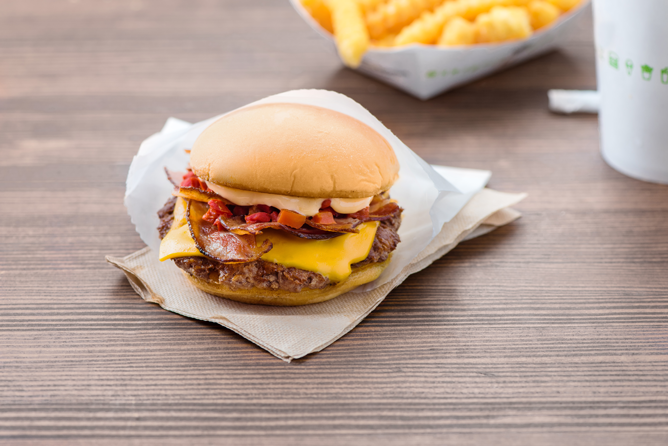 If you’re looking for a tad more flavour to your burger, opt the SmokeShack. The usual cheeseburger features all-natural Applewood smoked bacon for double the meat and comes with chopped cherry pepper instead of tomato and lettuce. 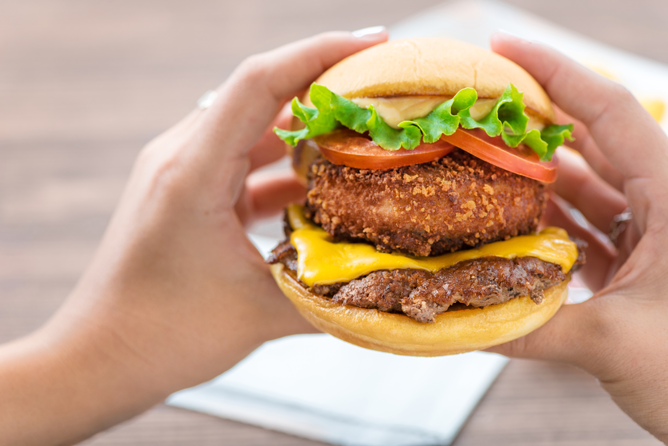 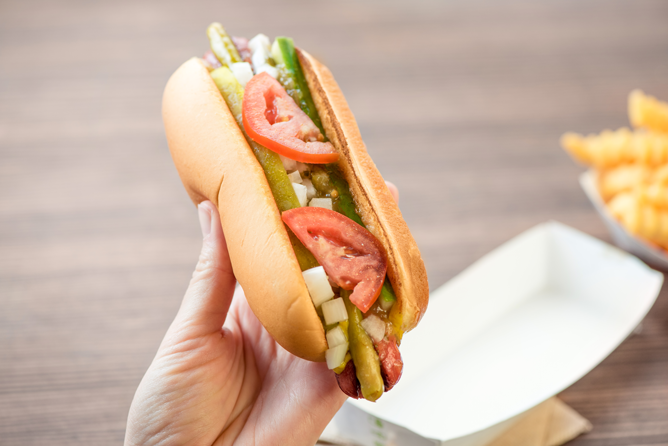 Living up to its origins from the hot dog cart days, the Shack-cago Dog boasts a 100 per cent all-natural hot dog topped with a slew of toppings: relish, onion, cucumber, pickle, tomato, sport pepper, celery salt and mustard. Just thinking about this combo would make anyone hungry! 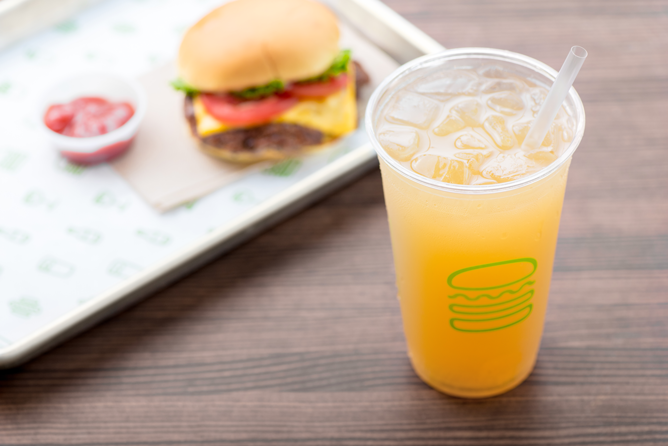 There’s nothing like pairing your burgers and hot dogs with an ice-cold drink – and Shake Shack has arguably one of the most refreshing beverage combinations around. Aptly named Fifty/Fifty for the mix of lemonade and iced tea made fresh at the outlet daily, beat the Singapore heat with this thirst quencher in one hand and a burger in another. 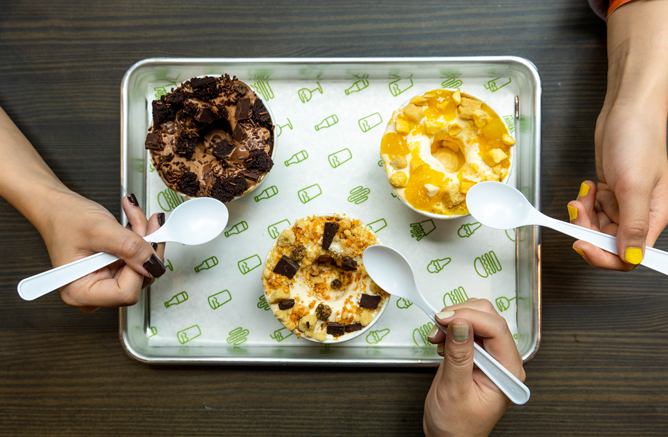 If you’ve got some room for dessert, the Frozen Custard is definitely a must-try. Thick ice cream made creamy with pasteurised egg yolk in its recipe, this icy treat will be sure to finish off a filling meal on a sweet note. 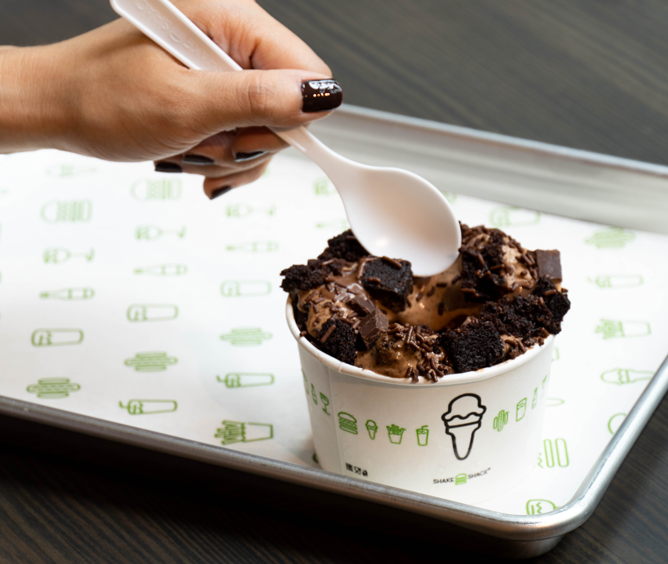 To cater for Singaporean tastebuds, the Shack at Changi has brought in three uniquely Singapore renditions. Shack Attack Concrete is a local take on their signature chocolate custard, using brownies from homegrown bakery Plain Vanilla and cacao from chocolate purveyors Lemuel Chocolate.

Meanwhile, fruit lovers would be thrilled to know that mango stars in its own frozen custard, It Takes Two To Mango Concrete, which includes a serving of mango sago pudding and pearls along with freeze-dried mango bits. 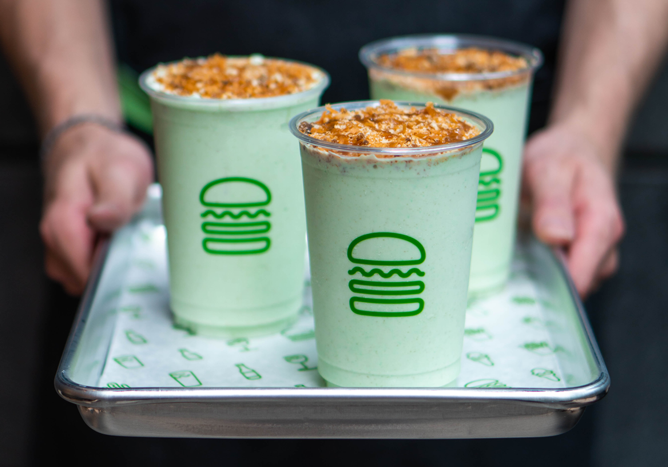 And of course, you can’t leave Shake Shack without having of their signature malts – particular this only-in-Singapore one! Blending vanilla frozen custard with local flavours of coconut and pandan, this decadent drink comes topped with gula melaka crumble for that extra oomph.

Shake Shack Singapore will open its doors to the public at Jewel Changi Airport on 17 April 2019, 10.30am.