If you’ve seen the credit roll at the end of Avengers: Endgame, you might’ve noticed a familiar name flashing across the screen. 20-year-old Akshya Rameshkkumar was one of the crew members who worked on the Marvel blockbuster, and that was just one of the many major Hollywood productions she was featured in.

A recent graduate from Nanyang Polytechnic’s Diploma in Motion Graphics & Broadcast Design, Askhya had the once-in-a-lifetime opportunity to intern at Cantina Creative last year, which is one of the most renowned design and visual effects studios in Los Angeles. “It was simply a dream come true,” she exclaims. “I still can’t believe I had such an opportunity – and at the age of 19. I had to pinch myself a couple of times to make sure I wasn’t dreaming.” 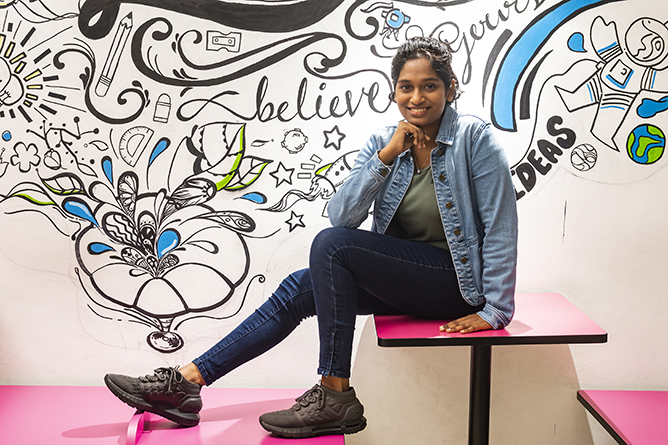 Even though Akshya was only a motion graphics intern, she was tasked to come up with original design assets for some of the biggest movie franchises. However, Avengers: Endgame was the most memorable project for her. “Working on such huge movies was nerve-wrecking, but it was where I got to learn many skills. I told my creative director that I was willing to try everything, so he introduced me to a variety of jobs from 3D modelling to animating and compositing. These were small details in the movie that many might miss, but I’m still immensely proud of my work.”

Life in Hollywood was surprisingly pleasant for Akshya. “It was a lot of fun! It wasn’t as strict as I initially thought it would be – we work hard and play even harder. People there aren’t afraid to speak their thoughts, which helped me to become more expressive at the workplace. Through this experience, I also got a better insight into the working world and how each person contributes to different roles in the company.” 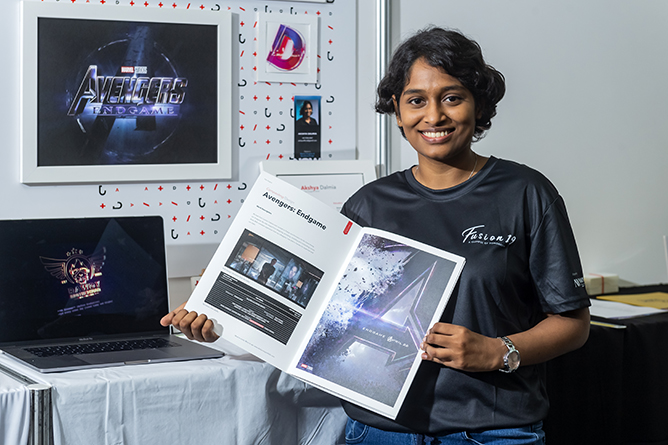 Currently working as a motion graphics artist with a local creative design agency, Akshya hopes to continue honing her craft and gain more exposure in the field before deciding what’s the next step for her. When asked if she would consider pursuing a career in the States, she seemed open to the idea. “I may return to Cantina Creative in the future, but for now, I will continually train myself to be good at what I do.”

This article is an excerpt from our latest issue of Teenage Chapters 2019, where we shine the spotlight on youths who are changing the world – one chapter at a time. Out on newsstands now.

Campus
How This 20-Year-Old Landed A Dream Hollywood Internship And Worked On Avengers: Endgame
×
Get the latest scoops delivered straight to your inbox