“I’d love for more Singaporean stories to be told,” says one homegrown filmmaker Tan Wei Ting, who made her directorial debut with CA$H in 2018. It tells the story of four cashier aunties who stage a revolt on the eve of the implementation of a cashless payment system.

The highly successful short film went on to win several accolades in the 2018 National Youth Film Awards (NYFA), and even found its way to the Clermont-Ferrand International Short Film Festival – the biggest international festival dedicated to short films.

We speak to the young NYFA alumni on pursuing her passion in the film industry and why it’s an exciting time to be telling stories in local cinema.

Hi Wei Ting! How did you first come to discover your passion for filmmaking?

It’s hard to place when the storytelling bug began, but it started quite early in my life. Before I even encountered the medium of film, I was trained in the theatre scene as part of ARTivate, the youth wing of a local mandarin theatre company. When I first enrolled in NTU to study digital filmmaking, I was very fixated on the fact that what I wanted to do was actually theatre – but all that changed after I was exposed to the other world of storytelling. Right now, I think it doesn’t matter what roles I take on or which medium I’m in, as long as it conveys the story.

What was the motivational factor in spurring you to join NYFA back in 2018?

It’s a great platform for young filmmakers to gain recognition for their talents and kickstart their filmmaking career. When I knew about the new open category, I didn’t hesitate to submit my entry as I feel that it gives a voice to aspiring filmmakers, especially those who left school but have never once gave up on their dreams.

Tell us more about the idea behind your award-winning short film CA$H.

It’s a story inspired by my mother, who used to be a stay-home mum before she began work as a cashier. It has been more than 10 years since she started working at the supermarket, and I saw how returning to the workforce gave her so much more purpose in life. She would come home feeling proud that she could memorise barcode numbers of certain products, or that her colleagues had just praised her for making breads look puffier for better sales. 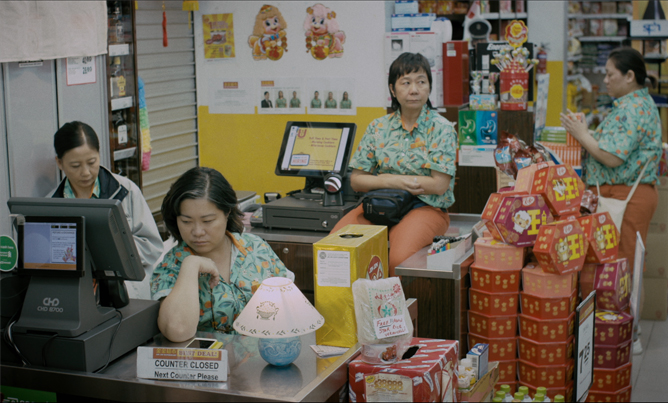 Having done ample research on the issue of work replacement, I started thinking how her job could be very well be taken away from her one day and she might not have the courage to start over again like how she did a decade ago, simply because of her age. The same probably goes for her friends and colleagues. As I went through the brutal statistics, it suddenly dawned on me how soon this was all going to come.

Through CA$H, I wanted to depict the chemistry between the characters; the subconscious co-dependence and their unsaid love for each other. The future has never been about robots, technology or artificial intelligence to me, but how our human experiences and relationships are being shaped in an increasingly isolated society. And I think it’s important to be aware of what we might be losing in pursuit of these progresses.

What’s the most rewarding and most challenging part about making CA$H?

The most rewarding part is definitely seeing a team of people working so hard to help build your vision and create the world that you imagine. But the most challenging part would probably be my insecurity as a first-time director. There were many times when I would doubt myself and the choices that I made. Having a team that trusted me as a director helped me a lot; many of them are also friends that I have came to know on my filmmaking journey since school days, hence I felt extra safe with this story in their hands.

What are your thoughts on the local film industry today and what do you hope to see more of in the future?

I think that this generation of filmmakers are lucky in the sense that we live in a day and age where the film medium is very much appreciated. Moving forward, I hope for a more trusting environment for us to let diverse voices grow and allow a vibrant nation to be born out of that. 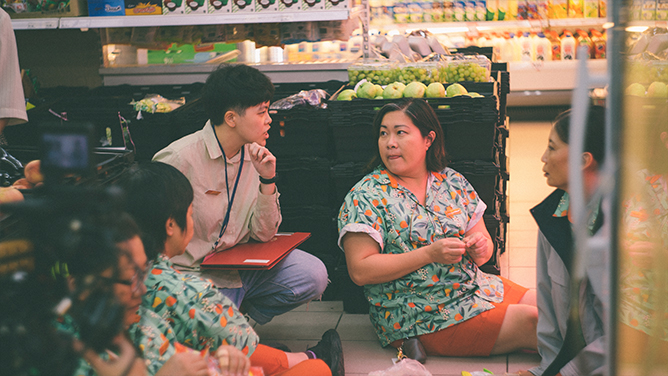 Have you ever thought about venturing out into the overseas film markets?

I think that human are cultural creatures. We react to characters according to our cultural backgrounds; we hear accents and look at skin tones when we digest a story; we make assumptions of a character’s background based on details that the storyteller deliberately inject. But there are times that we break these judgements when we see a good story unfold before our eyes.

I want to stay in Singapore to make local works for this reason. I sometimes envy an American because when they step into the cinema or turn on Netflix, there are tonnes of stories told about their culture. The average American gets to see their world in different light every other day. Their everyday struggles are being portrayed on screen, which I believe helps them to cope with whatever they are going through – sometimes via resonance, sometimes via a shift of perception.

I’d love for more Singaporean stories to be told.

What’s a piece of advice you would give to aspiring filmmakers who are hoping to pursue a career in the film industry?

Your peers make a big difference to your learning journey. You don’t have to do all this by yourself; find the right people to work with, pick a team whom you trust and would also trust you back.