If DAY6’s latest single ‘Time Of Our Life’ is any indication, My Days truly had the time of their lives at DAY6’s first full-fledged show in Singapore.

Although the Korean pop-rock outfit is no stranger to performing on our shores – having held two fanmeetings here previously – this was their first time staging their very own solo concert in Singapore as part of the GRAVITY World Tour. Opening the show to a jam-packed The Star Theatre, the band wasted no time in getting the crowd hyped up with the explosive number ‘Best Part’. Just one song in and everyone was already up on their feet – and things were only starting to heat up.

Unlike other K-pop boy groups that are known for their synchronised choreography, DAY6 brings their discography to life through musical instruments and sheer vocal talent, proving that they don’t need to rely on coordinated dance moves to keep the audience entertained. There were no fancy formations, no elaborate stage effects, no costume changes – just the five of them taking centre stage, backed up with a 5,000-strong crowd that was all ready to rock out. 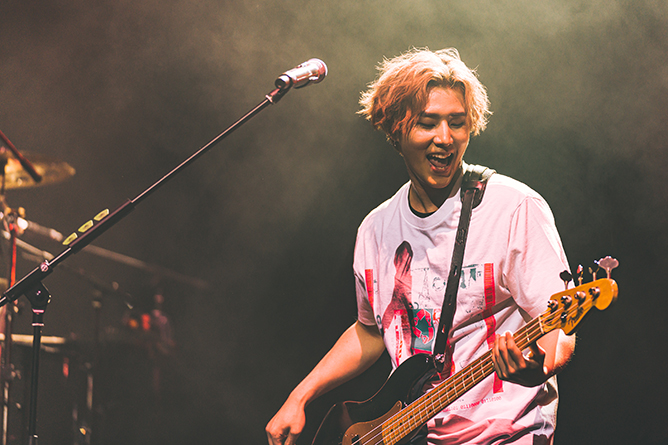 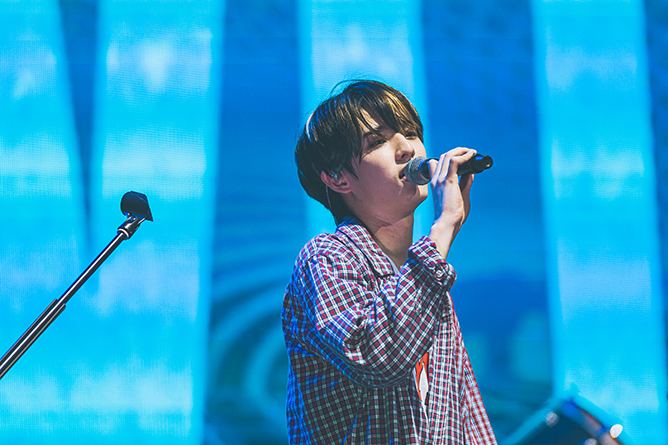 “We’ve been waiting a long time for this moment. You guys ready to go crazy tonight?” shouted the band’s official hype-man Jae, who ditched the house rules and egged the fans to go all out instead. “It doesn’t matter if the person next to you thinks you’re dumb ’cause we’re gonna look just as dumb as you.” Well, that was exactly what My Days did, singing and dancing their hearts out as the boys cranked out banger after banger for two solid hours.

Halfway through the show, we realised that the Singapore setlist was a tad different from their previous shows in the US. And it was at this precise moment that Jae piped up, revealing that they had switched up the song lineup to include fan-favourite tracks form their earlier albums such as ‘Colours’ and ‘I Wait’, much to the delight of longtime My Days. What a throwback!

That wasn’t all. After treating fans to a medley of nostalgia-laden hits, they delighted the crowd by preparing a short and sweet video containing heartfelt messages from the members. However, little did they know that My Days had a little surprise of their own up their sleeves too: a special banner project along with a VCR featuring handwritten notes from fans. As the boys turned around, the audience held up banners with the words “we’ll hold your hands, we’ll walk together with DAY6” as they belted out the chorus of ‘Beautiful Feeling’ in perfect harmony.

Of course, My Days didn’t forget to reciprocate it with the same amount of love for @day6official ❤️

Touched by the gesture, leader Sungjin was sobbing uncontrollably while bassist Young K tried to fight back tears. “I really felt the goosebumps, you know,” keyboardist Wonpil began, appearing to be in a daze as he attempted to pull himself together.

“You are the reason why I sing and write songs,” bassist Young K continued. “You guys always tell us we’re doing well. It might not be enough but we want to tell you that you’re doing your best too. You’re doing well, so you deserve to be happy.”

When it was Jae’s turn to speak, he confessed that he was worried things might be a little awkward as it had been a long time since they were here, but it turned out he had nothing to fret about. “Tonight couldn’t have been more beautiful, perfect and energetic. Singapore goes hard; don’t let anybody tell you otherwise. Thank you for looking dumb and feeling good with us.” 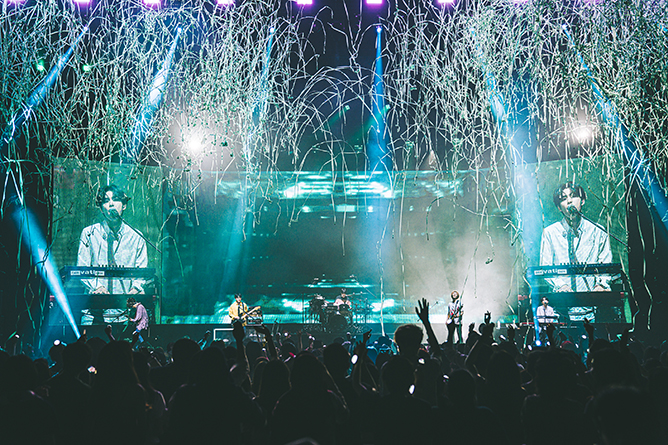 Ending off the night on a high note with Teo of their most upbeat anthems ‘Dance Dance’ and ‘Freely’, we did what we do best according to Jae: we went hard, and went home with our hearts full.