“Epik High is not everyone,” declared frontman Tablo at their first full-fledged performance in Singapore. “We are no one.”

He couldn’t have said it better.

If there’s one thing to know about Epik High, it’s that they don’t hold back when it comes to expressing their opinions. That should come as no surprise to longtime fans, who are well-aware that the Korean hip-hop trio has never been one to follow a conventional formula. 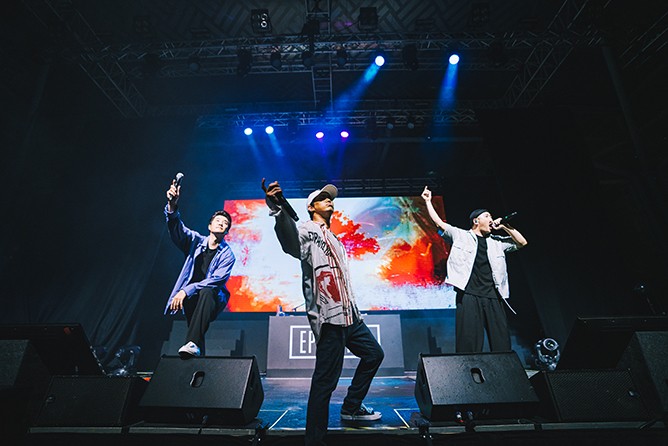 We witnessed firsthand how it was like attending an Epik High show for the first time during their recent stop at The Coliseum, Hard Rock Hotel at Resorts World Sentosa – and it was truly unlike anything we’ve ever experienced before. There was no fuss, no nonsense, no fanfare; just banger after banger of straight-up fist-pumping goodness, coupled with the occasional banter that got the crowd hyped up throughout the 90-minute set. And nobody seemed to be complaining.

Ahead, we recap some of the most epic one-liners during the show.

This was what Tablo bellowed into the mic as soon as the band took the stage, kicking off the show with the apt opener of ‘In Seoul’ from their Sleepless In album. And it was all non-stop from there, as they blazed through their catalogue of crowd-pleasers such as ‘No Thanxxx’, ‘Burj Khalida’ and ‘Eternal Sunshine’ in brutal precision.

Four songs in and we could safely say that Tablo probably wasn’t the only one feeling sleepless that night. But was it worth it? Absolutely.

“Thanks to you guys, [Mithra Jin] feels true love.”

While K-pop acts would usually require a translator on stage due to the language barrier, there was no need for one in Epik High’s case. Tablo, who speaks in perfect English, had no problems hard-carrying most of the conversations. But sometimes he has a tendency to mistranslate – albeit intentionally.

At one point, he deliberately mistranslated Mithra Jin’s message and turned it into an impromptu storytime sesh. “When [Mithra] was four years old, living in the wilderness far away from Seoul, he was alone and prayed hard for somebody to love him. Animals became his best friends. But tonight, thanks to Singapore, [he] feels true love.” FYI, the rapper was merely expressing his gratitude for fans.

“If you came from a place of pain, we will take that all away tonight.”

Then there were times when Tablo really knew how to tug at our heartstrings. Comforting the audience at the start of the show, he said: “If you came from a place of stress, pain, worry or heartbreak, we will take that all away tonight.” That’s the beauty of going to a live concert – to be able to forget about your troubles even for just a moment, and sing your hearts out in a crowd filled with people who share the same love for an artiste. And we’re here for it. 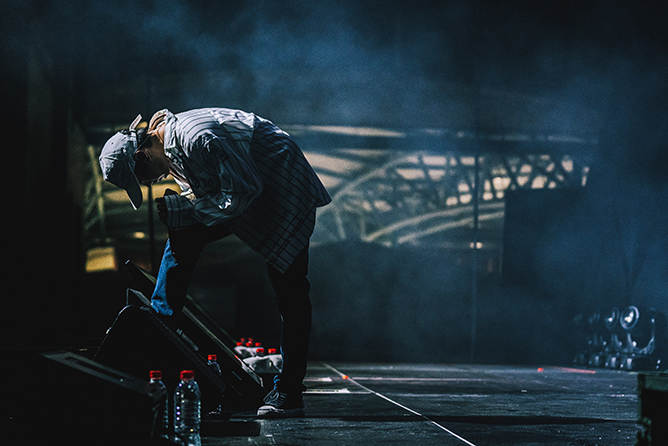 “Tonight is one of those nights you wish can last forever.”

Tablo sure has a knack for songwriting; even his words sound like he’s reciting lyrics from a song or a quote from a poem (cue Blonote). One of our favourite quotes of the night was when he was addressing the crowd towards the end of the show, “Tonight is one of those nights you wish can last forever. Tonight is one of those nights you want time to stop.”

“There’s no encore. Just to let you know, we can’t even hear it backstage.”

“I’m gonna spend the rest of my life with you guys, but it’s time to sing our last song,” said Tablo before wrapping up the show with the fan-favourite track, ‘Fan’. However, before retreating backstage for the supposed encore stage, the chap didn’t forget to give us a reality check. Reiterating that there wouldn’t be any encore for us, he added matter-of-factly: “Just to let you know in advance, we can’t even hear it backstage. It needs to be 100,000 times louder for us to come back out.” 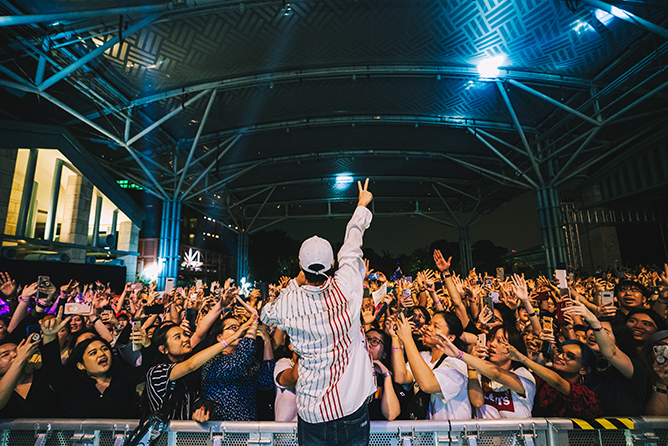 Well, consider that done. With decibel-shattering cheers of an encore beckoning the band to return, it didn’t take long for Epik High to reemerge on stage for one last round of madness with two of their biggest hits, ‘Born Hater’ and ‘Don’t Hate Me’.

Well, what’s there to hate?