Who run the world? Girls! And leading the pack is JYP’s new glitzy pop act, ITZY. Despite being fresh on the scene, these power rookies have since taken the K-pop world by storm with their chart-topping hit ‘Dalla Dalla’ – which not only bagged them their first music show win just nine days after their debut, but also broke the record for being the fastest K-pop debut video to reach 100 million views.

Hot on the heels of their latest EP release It’z Icy, the quintet announced that they will be having their very own debut premiere showcase tour which will kick off from Jakarta in November, before making their way to Singapore. What’s more, the girls will also be making their highly-anticipated debut on the US stage come 2020 (so you can safely say that you’ve heard of them first).

Get ready to be charmed by ITZY’s charismatic performances this December! 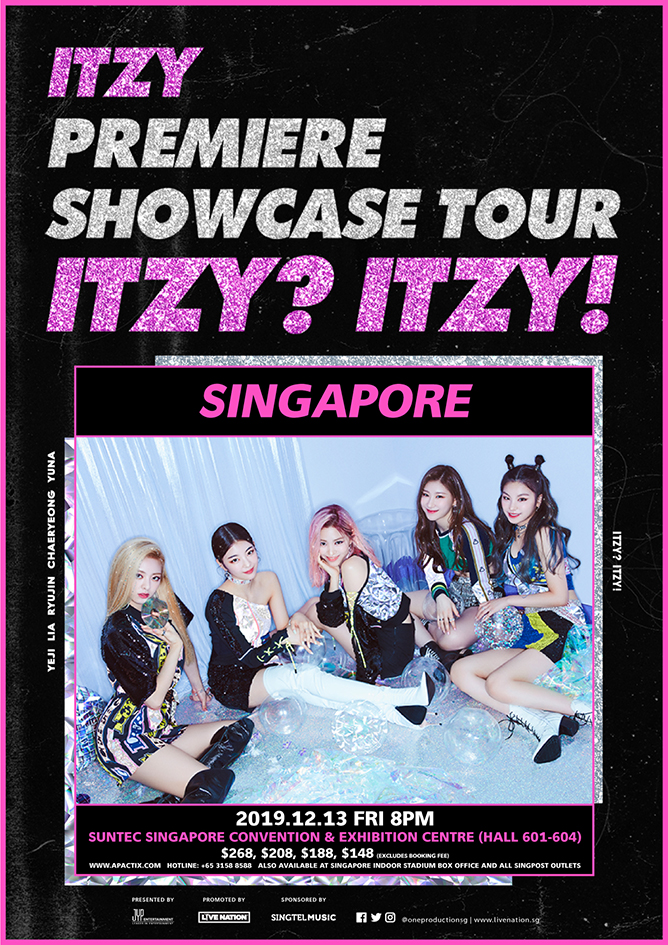 All Cat 1 ticket holders will be randomly assigned to a guaranteed fan benefit of a hi-touch, group photo, fan sign or an autographed poster. More details will be released on 10 December, so stay tuned to One Production’s social channels!

Entertainment
Meet ITZY At Their Debut Showcase In Singapore This December!
×
Get the latest scoops delivered straight to your inbox