Christmas certainly came early for Singaenas (IU’s unofficial fanclub name for Singapore Uaenas) this year, as Korean singer-songwriter IU brought not just one but two of her Love, Poem shows to our little red dot last weekend. Like a gift that keeps on giving, every moment of the two-day concert was a pleasant surprise for the audience that filled up the 5,000-seat The Star Theatre. Though each show came up to a whopping 3.5 hours, we still found ourselves yearning for more of the multitalented songstress – and we’re sure Singaenas will agree with us. Here are some of our favourite picks from IU’s Love, Poem in Singapore! 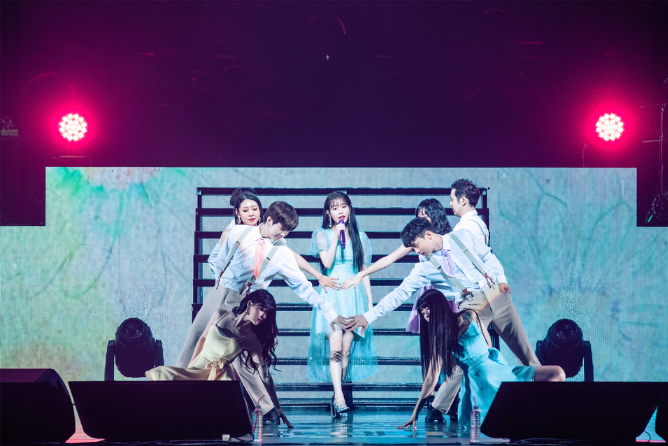 IU’s vocal prowess is no surprise to those who listen to her music, and the Love, Poem tour only served to further attest to IU’s outstanding talent as a musician. Apart from performing her more recent titles like ‘Palette’, ‘BBIBBI’, and ‘Blueming’, the K-pop darling also delivered a goosebumps-inducing live rendition of the iconic three high notes from her 2010 hit ‘Good Day’. Soulful ballads like ‘Through The Night’ and ‘Love, Poem’ were also nicely mixed in between lively numbers, and we even had a taste of the 80s’ with IU’s remake of the nostalgic dance track ‘Last Night Story’. Did we mention that the vocal queen also casually belted out high notes from Frozen 2’s ‘Into The Unknown’ as a warm-up?

For K-drama fanatics, you might be more familiar with IU’s persona as the charismatic Jang Man Wol in the hit drama Hotel Del Luna. As a treat for Hotel Del Luna fans, IU sang along to some of its chart-topping OSTs – from Gummy’s ‘Remember Me’ to Taeyeon’s ‘All About You’. This was also the first time that the songstress performed a Hotel Del Luna medley at her Love, Poem tour thus far, which made the stage all the more special for Singaenas.

Psst… if you have yet to get started on this highly-rated series, you can catch the full episodes of Hotel Del Luna for free on Viu. And for those of us who can’t get enough of actress-IU, some of her lead dramas like The Producers and My Mister are also available on the streaming site. Way to curb our IU withdrawals!

IU’s cover of the winning song Remember Me by Gummy (HDL OST) in the recent 2019 MMA Best OST #IULovePoemInSG 🎵💙pic.twitter.com/CmnwDPccpT

#3 THE IU AND SINGAENA COMBO 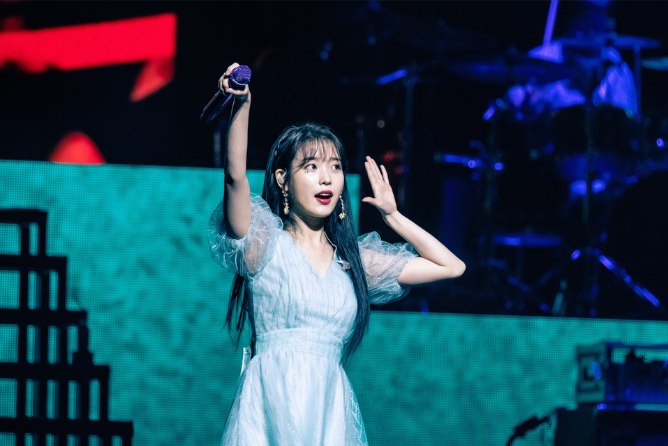 Both days of the Love, Poem tour in Singapore were filled with so much energy from the audience, that IU even had to hilariously advise fans to take it easy with the waving of finger lights. At the end of the day, Singaenas even earned themselves a title from IU as the “representative of health”.

Fans would definitely have been proud to become a source of joy and healing for the artiste, as she mentioned that it was because of the Singaenas that there was “no single space for sadness to come in” during the concert. IU also shyly proclaimed her love for the crowd with a sweet “I love you”, albeit sounding a little awkward as she isn’t someone who uses the three special words often. She added that this might even be the first time that she had said ‘I love you’ in English. Awww!

“there was no single space for the sadness to come in” 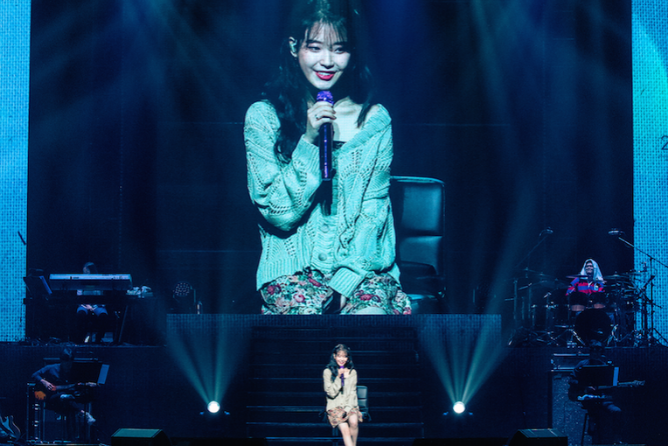 We all know what an encore is, but have you ever heard of an en-encore? Something unique to IU’s concert is definitely her double encores, where she would appear on stage once again to deliver yet another set of songs following her encore performance. IU’s en-encore setlist is mostly determined through fan requests from the audience, giving Uaenas the chance to request for some of their favourite IU songs that were not included in the set.

A must-have in the en-encore lineup is IU’s adorable fan song ‘Heart’, which she gleefully sang along with Singaenas. The en-encore for the Day 1 show also took longtime fans on a trip down memory lane, as the singer crooned to older tracks like ‘Someday’ and ‘The Night Of The First Breakup’.

srsly never ever leave an IU concert until en en core is over you’ll regret for life you miss out on quite a few songs #IULovePoeminSG #IU #아이유 pic.twitter.com/Wo4lDag6Aj

#5 THE HEARTWARMING PROMISE OF TOMORROW 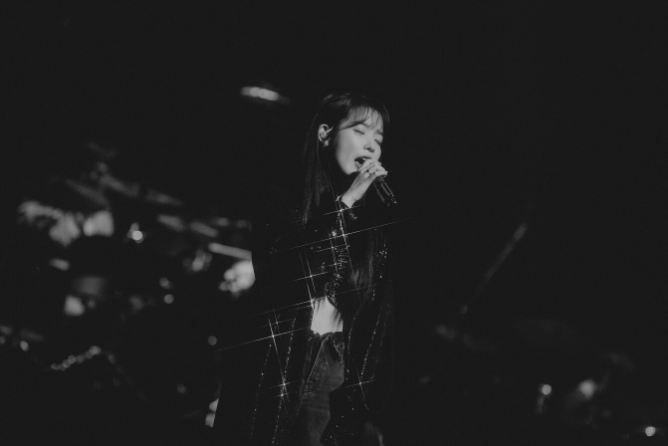 The Love, Poem tour definitely didn’t come easy for IU, as she had to cope with the loss of two of her close friends – Sulli and Goo Hara – recently. However, the veteran artiste showed us nothing but remarkable strength and professionalism throughout the entire tour, successfully wrapping up both shows in Singapore without a flaw.

The singer also went on to reassure fans with a promise to meet again next year. Delivering the heartwarming message in English, IU said: “When you feel despair and want to end everything, I wish that you [would] think about our promise today – to meet me here [next year]. Day by day, if you live on breathing slowly, it will soon be next year. When I come back again, I will make the same promise, and we’ll make this same promise every year.” This little message definitely touched all of us in the audience that night, and of course, we look forward to seeing you again next year, IU!

during the concert, iu gave a word of advice, to always take a moment to breathe. and i feel its really important, and some of you may want to hear it too. #LovePoeminSG #IULovePoeminSG pic.twitter.com/5mH6jKBbi7

Entertainment
IU Touches Hearts With Captivating Vocals And Emotional Messages At Love, Poem In Singapore
×
Get the latest scoops delivered straight to your inbox