Just a few weeks back, fellow Hotel Del Luna costar Yeo Jin Goo was in town to promote the hit drama series. Come 7 December, the star of the show herself will be gracing our sunny shores – not as Jang Man Wol, but as IU!

Following a successful show in Singapore last December, where she played to a crowd of 5,000 for her 10th anniversary tour, the Korean singer-songwriter will be making her return to The Star Theatre for her LOVE, POEM concert tour – which will be one of the six Asian stops for the tour before heading to Kuala Lumpur, Bangkok and Jakarta.

Aside from crowd-favourite hits like ‘BBIBBI’, ‘Palette’ and ‘Good Day’, avid fans of Hotel Del Luna can also look forward to a possible live rendition of her self-composed special OST ‘Happy Ending’. Meanwhile, recap the best moments of her concert last year here! 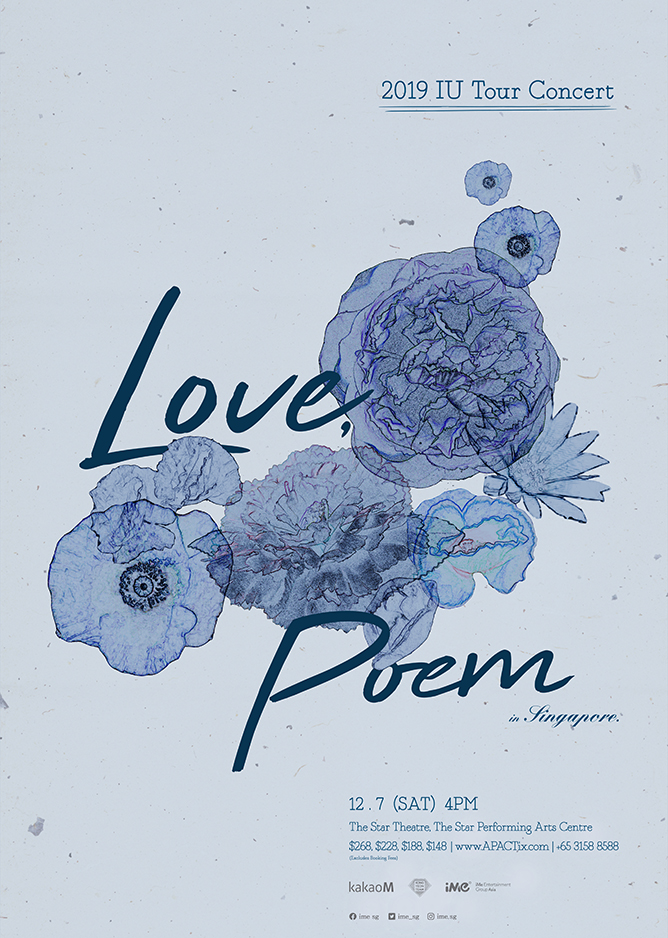 General tickets will go on sale 12 October, 10am via APACTIX. There will also be a priority sale for SingTel customers on 11 Oct from 10am to 11.59pm. Good luck UAENAs!