Hallyu star Lee Seung Gi successfully wrapped up yet another fanmeeting show in Singapore on 26 October! There was simply no dull moment to settle during the show as the multi-talented actor, singer and variety star, perfectly demonstrated to us just what it means to be an all-rounded entertainer.

The fanmeeting was also made extra special as it marked global Airens’ (what Seung Gi fans are affectionately called) 15th anniversary with the charming actor. The Vagabond star has surely come a long way to become the A-list heartthrob that he is now, and we can certainly see where his unwavering popularity is coming from after sitting through his nearly 2.5-hour show. Here are 5 times we fell hard for Seung Gi at Vagabond Voyage in Singapore!

#1 WHEN HE ENTERTAINED FANS WITH HIS PLAYFUL HUMOUR 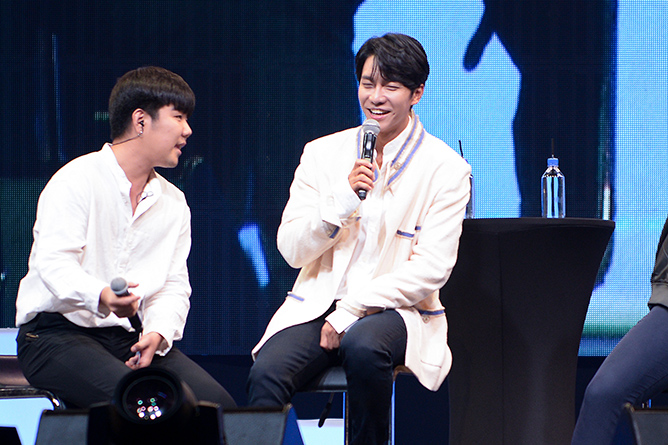 As expected from the 2018 SBS Entertainment Awards Daesang winner, Seung Gi had us cracking up just barely half an hour into the fanmeeting with his irresistible sense of humour. When asked about his must-try Singapore delicacy, the witty actor unexpectedly answered with “fried mantou” – the side dish to Singapore’s representative chili crab. He even elaborated on how much he loves it, revealing that he ate close to 12 pieces of fried mantou during his previous visit to our sunny shores, which resulted in a lil’ food baby next day. His truthful yet unconventional answer got everyone in the crowd doubling over in laughter!

#2 WHEN HE SERENADED US WITH HIS LURING VOCALS 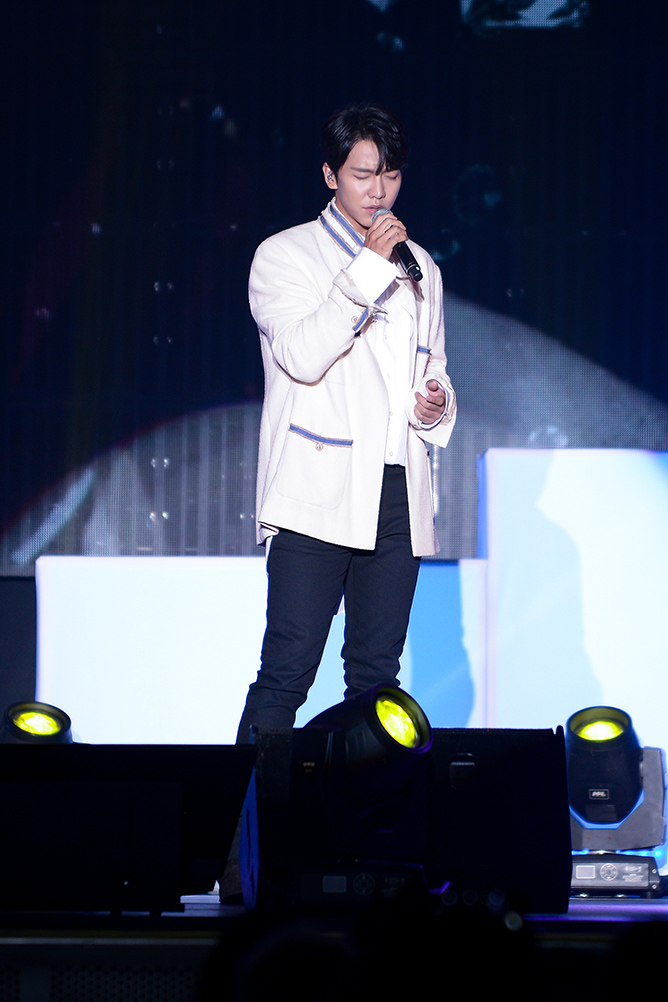 It didn’t take us long to acknowledge Seung Gi’s vocal prowess as he started off the show with his hit ballad ‘Because You’re My Woman’, effectively charming us all with his smooth honeyed voice. We were continuously taken aback (in a good way, of course) by his stable live singing, even when he was excitedly jumping around and hyping up the crowd with upbeat tracks like ‘Smile Boy’ and ‘Let’s Go On Vacation’. The talented actor has definitely proved his remarkable versatility – nailing soulful ballads, energetic numbers and even trot, right down to a T!

#3 WHEN HE DEMONSTRATED HIS ACTING CHOPS

We had a glimpse of some exclusive behind-the-scenes clips from Seung Gi’s latest blockbuster drama Vagabond – and boy, were we impressed. The veteran actor flaunted his years of acting experience by flawlessly executing adrenaline-pumping action scenes all on his own, from jumping off high buildings to fearlessly hanging onto a moving car. He also spilled about the heart-fluttering kiss scene with idol-turned-actress Suzy, where he confessed that it was actually difficult to feel much romantic emotions during the kiss due to the mild nature of such romantic gestures in K-dramas (much to the relief of Airens, that is).

#4 WHEN HE SURPRISED US WITH HIS CULINARY SKILLS

As if he’s not perfect enough already, Seung Gi brought his charms up a notch by showing us just what a culinary expert he can be (or so it seems). While he can be pretty sloppy with his seasoning and portioning – adding just a little too much salt and eggs to his omelette sandwiches – in the eyes of Airens, a sandwich personally prepared by Seung Gi himself probably beats out any Michelin-starred dish out there, hands down. To everyone’s amazement, one of the lucky fans who got to take home the prized sandwich turned out to be a longtime Lee Seung Gi stan, who revealed that she got proposed to by her current husband at Seung Gi’s first fanmeeting in Singapore. It was also revealed that the actor himself helped out with the proposal… aww!

#5 WHEN HE WENT ON A LENGTHY PET TALK 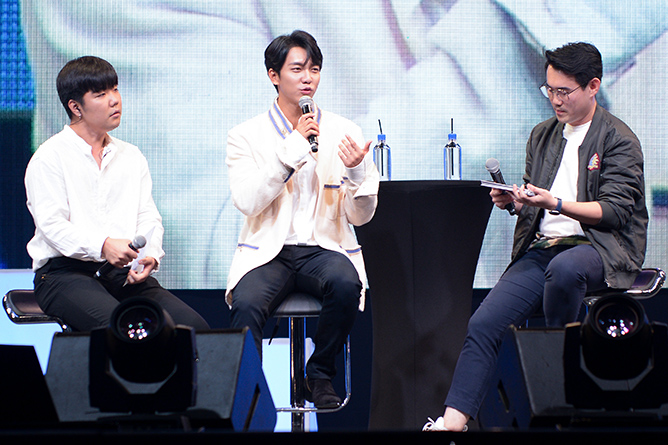 When it comes to all things Lee Seung Gi, we definitely couldn’t leave out his pet pup, Ppero. We spent a good 20 minutes or so just talking about his beloved Shiba Inu, who’s now almost as famous as the actor himself, as he joked that almost half of the gifts he receives are intended for Ppero. While we would’ve expected him to be a complete pet pabo, he turns out to be quite the disciplined owner. He explained that he doesn’t coo when talking to Ppero, after learning that raising your tone when talking to pets is actually not good for them. When asked whether he has anything planned for Ppero’s upcoming birthday, he playfully remarked that he has indulged Ppero for now so there wouldn’t be any special event for that day. 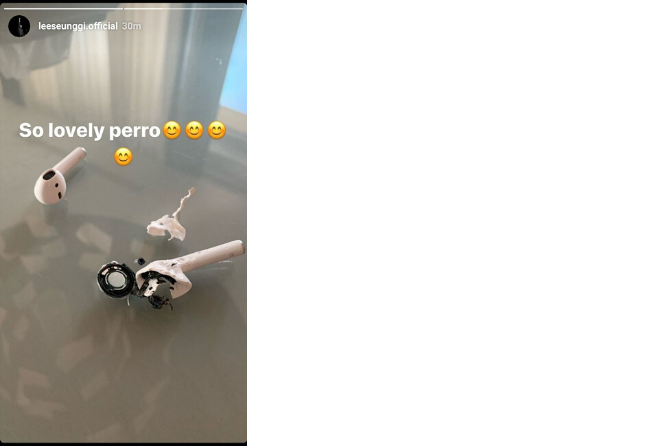