If you’ve been a fan of NEX7 (乐华七子) since their Idol Producer days, you’d have known that the seven-member group is on an unfathomable level of extra thanks to their meme-worthy antics. And it’s heartening to see that nothing much has really changed about them despite finding fame as one of the most popular boy bands in China – they’re still the same chaotic Yuehua sprouts that we know and love.

We had the opportunity to snag a quick sit-down sesh with two-seventh of NEX7, Justin Huang and Huang Xinchun, who were recently in town to attend the grand opening of the new Skechers store at Jewel Changi Airport. 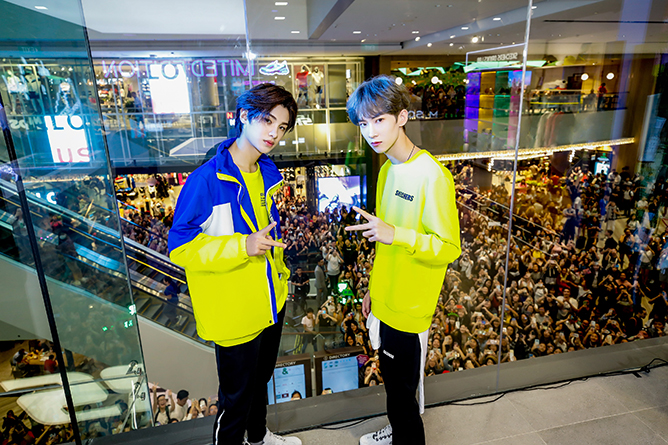 In between a press conference, media interviews and a store opening where droves of fans awaited, they hardly had any time to catch a breather since their arrival. In spite of their packed schedule, the duo never once showed any signs of fatigue as they playfully bantered their way through our questions.

Oh, and they certainly didn’t forget about their ambassador duties. Read on for some of the hilarious TMI (too-much-information, but not that we mind!) bits we found out.

#1 Both of them are avid shoe collectors

One word to describe their massive shoe collection back at the dorms? “Uncountable.” So much so that the NEXT7 members would often end up wearing the wrong pair of shoes when they’re in a rush – how relatable is that?

Despite being the youngest one in the group, Justin revealed that he doesn’t receive special attention from the other members. “I like it that way. I’m not the type that likes to be taken care of by others,” the 17-year-old explained, adding on that everyone gets along well just like a family. Xinchun continued, “Justin may be young, but he’s mature for his age.” 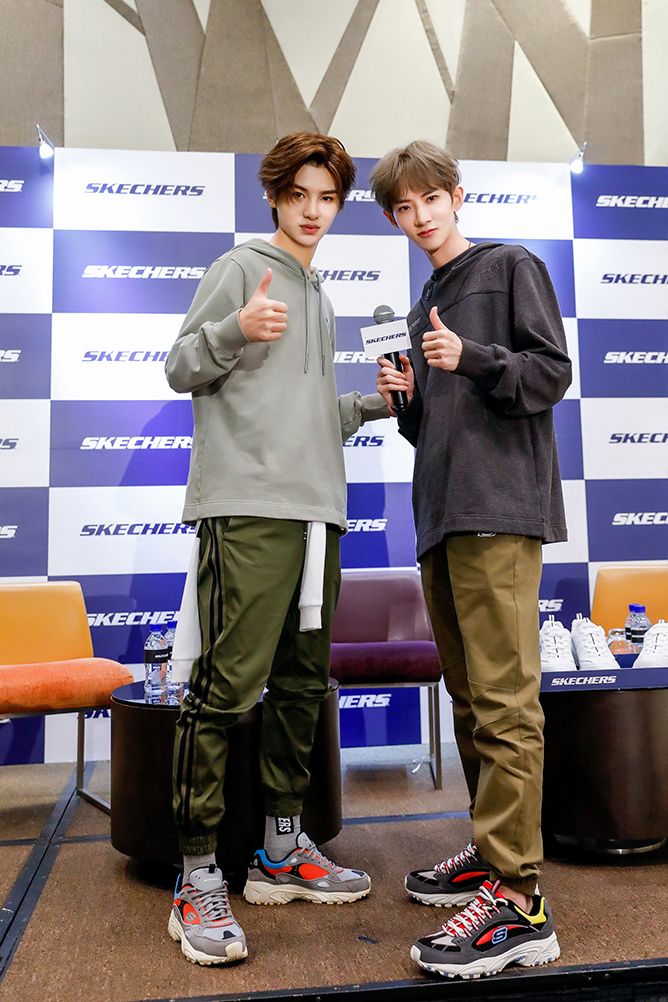 Having turned 21 recently, Xinchun released a track titled ’21’ in commemoration of his coming-of-age – so we couldn’t help but wonder what are the top three things on his bucket list now that he’s officially an adult. “I hope to be able to write and produce my own song. That’s a huge goal of mine this year,” he said. “I also want to visit my parents back home, and of course, wear Skechers every single day.”

Although Justin still has around four years to go before hitting 21, it seems that he’s already given it some thought – and his answer certainly didn’t disappoint. He replied with a sheepish grin, “I want to be able to see Xinchun and wear Skechers with him every day. (Laughs) I’d also like to go home and see my family.”

#4 Their bromance is on a whole new level

One glimpse at the pair and you can tell that these two are super chummy with each other. Particularly Justin, who wasn’t afraid to show his admiration for the older member throughout the entire interview.

When asked about the member they’d like to switch bodies with, the chap spared no hesitation in choosing his fellow partner in crime (while a cheeky Xinchun agreed that he, too, would also swap with himself). In another hypothetical question where we got them to select a famous person they’d like to become, Justin – yep, you guessed it – picked Xinchun in a heartbeat. He gushed, “This is a tough question, but I think I want to be Huang Xinchun. He’s a famous artiste under Yuehua Entertainment. I really want to be like him one day because he’s so handsome, nice and awesome!” 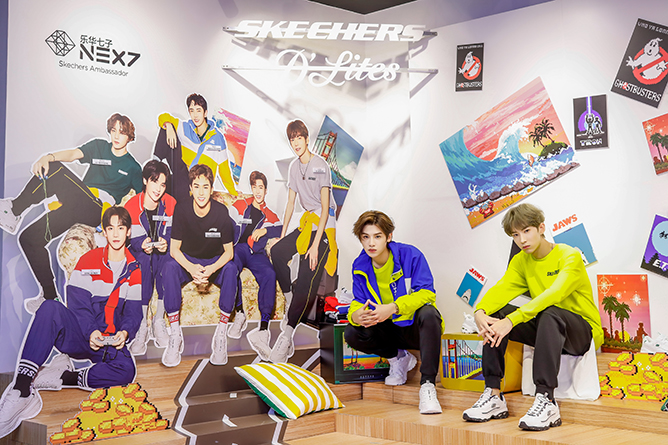 #5 So is their love for Skechers

As much as they adore each other, Justin and Xinchun also made sure not to neglect the brand they’re endorsing for – after all, that was the reason why they were here. Proving themselves to be the best ambassadors ever, the dedicated duo had us in stitches over their shameless attempts at plugging Skechers with every opportunity they get. Case in point:

Q1: If you’re stranded on an island and could only bring one member with you, who would you bring?

Justin: Why would I bring one of my members? I would bring a pair of Skechers shoes because they’re really comfortable and walking on the sandy beaches while wearing them would feel amazing.

Xinchun: Thanks to Skechers, we have the willpower to survive on the island.

Q2: Besides the NEX7 members, do you guys have any other close friends in the industry?

Justin: We have a very close relationship with Skechers. We’ve been wearing Skechers from the time when we weren’t famous yet, up until today.

Xinchun: We’re fated to be together.

Want to see more of Justin and Xinchun? Be sure to check out the new Skechers store at Jewel Changi Airport, where you can snap a picture with your favourite NEX7 members at the exclusive photo zone while getting your shopping done!