If you’re a fellow K-drama fangirl just like us, you’d be no stranger to having to bid farewell to all our favourite Korean oppas when it’s time for them to enlist. Back in 2017, we sent off some of the industry’s hottest and most talented actors such as Kim Soo Hyun, Lee Min Ho and Ji Chang Wook. After an agonising wait, it’s finally time to welcome these K-heartthrobs back to our screens as they officially discharge from the army and gear up for new acting projects! 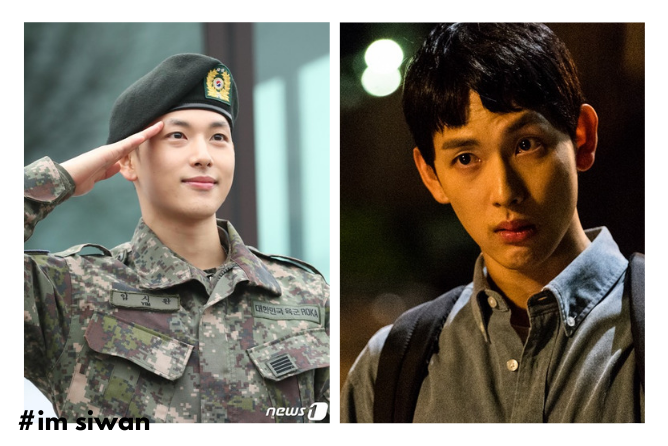 Widely applauded for his outstanding acting skills, Im Siwan proves that acting is not the only field he excels in – as he discharges from the military earlier this year with an Assistant Instructor title, a testament to his exemplary training records. Following his discharge, the idol-turned-actor went on to make a small-screen comeback with OCN’s Strangers From Hell, a mystery thriller based on a webtoon of the same name. Starring alongside Goblin’s Lee Dongwook, Strangers From Hell shows the spine-chilling evolution of Yoon Jongwoo (played by Im Siwan) after he interacts with the mysterious inhabitants of a rundown goshiwon in Seoul.

Watch the complete episodes of Strangers From Hell on Viu. 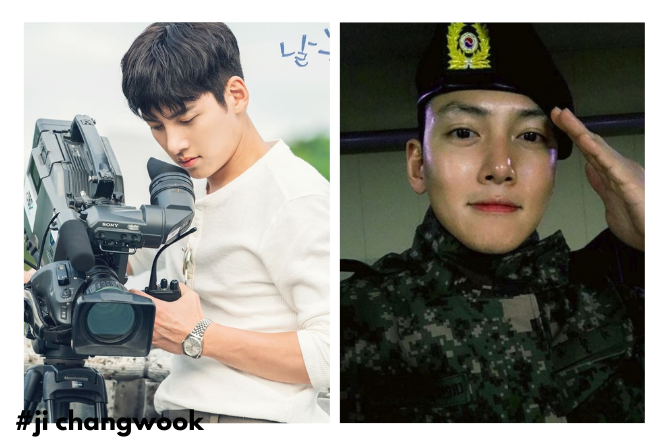 Shortly after his military discharge this spring, the ever-so-charming Ji Chang Wook announced his return to K-drama land with tvN’s fantasy-romance drama, Melting Me Softly. The actor plays lead character Ma Dong Chan, an acclaimed production director who volunteers as a subject for a Frozen Human science project, only to wake up from the experiment 20 years later. Watch as Dong Chan and fellow research subject Go Mi Ran (played by Won Jinah) attempt to adapt to present day, all while having to maintain their body temperatures at a dangerously low 31.5°C.

Melting Me Softly is now airing on Viu. 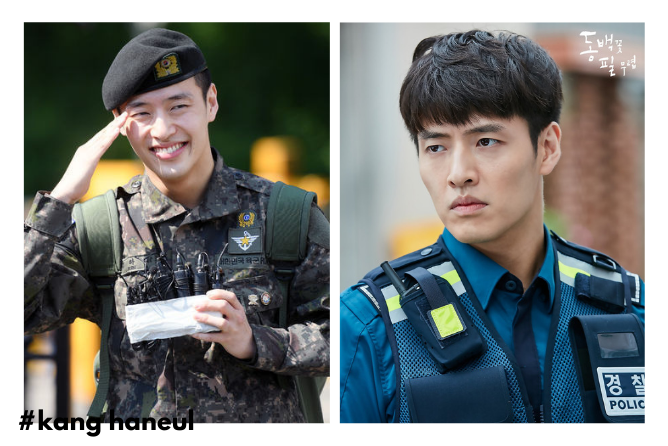 Eye-smile angel Kang Ha Neul plays the adorkable police officer, Hwang Yong Sik, in his post-military comeback drama, When Camellia Blooms. Set in the small countryside town of Ongsan, the series narrates a heartwarming tale of love and growth between two unique individuals – Yong Sik, and single-mother Dong Baek (played by Gong Hyo Jin). However, it’s not always just rainbows and butterflies for the pair, for lying in the shadows is a serial killer on the loose who seems to have set his eyes on the delicate Dong Baek.

When Camellia Blooms is now airing on Netflix. 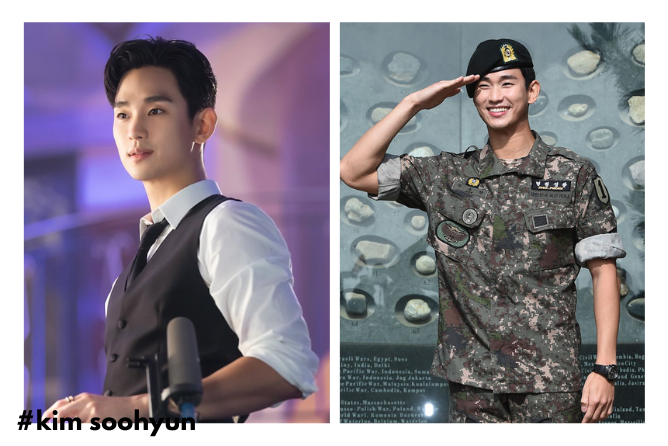 We sure can’t get enough of the dashing Kim Soo Hyun after his cameo in the finale of tvN’s Hotel Del Luna. Following the actor’s recent military discharge in July, K-drama fans are all at the edge of their seats anticipating the heartthrob’s next acting stint. Good news: we may not have to wait much longer, as it was revealed that he’s currently in talks to star in the upcoming small-screen production, Psycho But It’s Okay. This will mark the A-list actor’s first drama comeback in five years after The Producers – and expectations are definitely sky-high for this one. Psycho But It’s Okay is a fantasy-romance drama about Moon Kang Tae (to played by Kim Soo Hyun), a community health worker who lives on a 1.8 million won monthly salary and his encounter with a children storybook writer with an antisocial personality disorder. 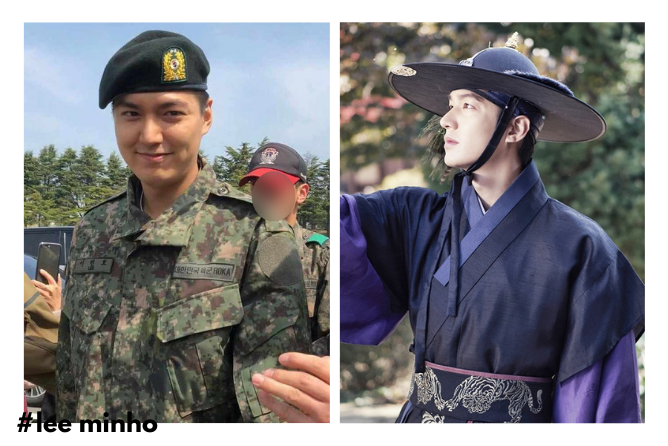 Having successfully completed his duties as a public service worker this April, Hallyu star Lee Min Ho will once again reunite with The Heir’s scriptwriter Kim Eun Sook – who’s also known for other hit works such as Descendants of the Sun and Goblin – for his comeback project titled The King: The Eternal Monarch. The highly-anticipated drama will play with the concept of parallel universes, starring the actor as the ruler of the Korean Empire, and actress Kim Go Eun as a modern-day South Korean detective. Packed with a star-studded cast and a highly-lauded scriptwriter, this upcoming fantasy romance series is definitely a must-watch for 2020!

The King: The Eternal Monarch is set to air in the first half of 2020. 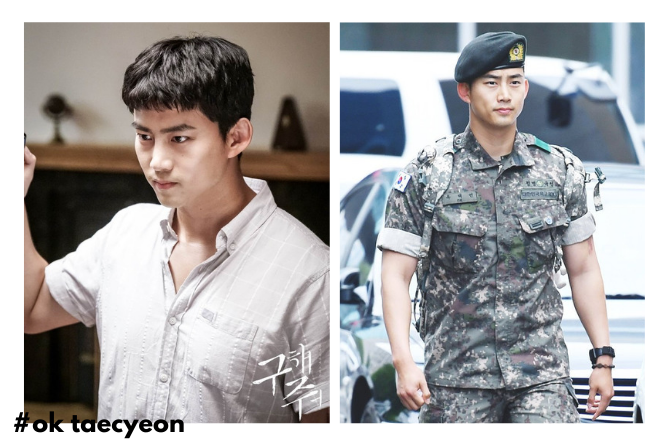 Representative ‘beast-dol’ and actor, Taecyeon, joins the list of male celebrities to be discharged from the military this year! After impressing viewers with his goosebumps-inducing acting chops in the 2017 crime-thriller Save Me, the charmer is set to take on his next lead role in MBC’s upcoming mystery melodrama, The Game: Towards Zero. With the beautiful Lee Yeon Hee as his leading lady, Taecyeon will play Tae Pyeong, a prophet who possesses the ability to see someone’s final moments before they die, just by staring into their eyes. 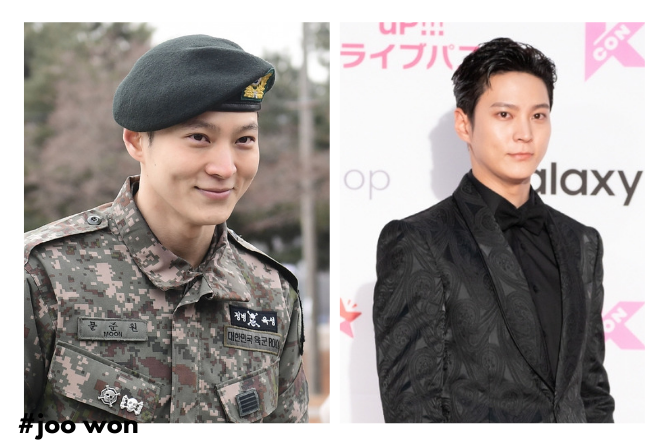 Early this February, Joo Won was officially discharged from the military as an Assistant Instructor of the White Skull Division. The talented actor has since been offered the lead role in SBS’s time-travel drama Hotel Alice, alongside veteran actress Kim Hee Sun. Upon taking up the project, Joo Won will play Park Jin Kyum, a good-natured detective who teams up with genius physicist Yoon Tae Yi (to be played by Kim Hee Sun), to unravel the mysteries behind Hotel Alice – a rest-stop for time travelers right before they travel back in time. 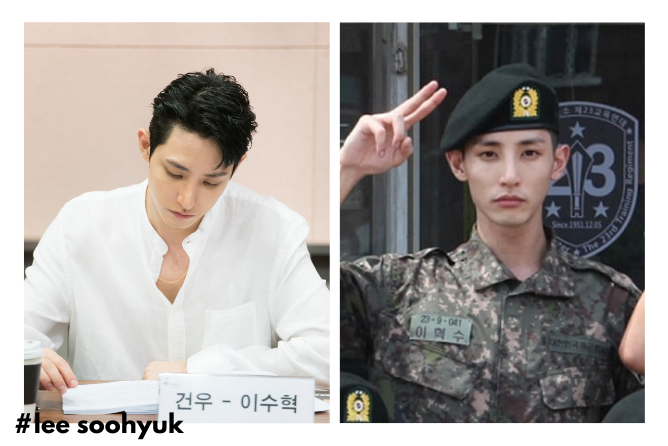 It has been a while since we heard from Lee Soo Hyuk! The charismatic model-turned-actor recently announced his discharge from the military this July, and also revealed his plans for a big-screen comeback with the movie, Pipeline. Lee Soohyuk will play Gun Woo, a chaebol who joins hands with South Korea’s best drilling technician, Pindol (played by Seo In Guk), to steal oil buried in an underground tunnel.

Which oppa’s drama comeback are you looking forward to the most? Tell us in the comments below!