If there’s anybody who knows how to charm the crowd – with nothing more than just a mic and guitar in hand – it’s Shawn Mendes.

With his dreamy vocals, charismatic stage presence and heart-melting tunes, attending a Shawn Mendes gig pretty much felt like a huge campfire singalong. Here for his first stadium show, the Canadian heartthrob had the sold-out crowd of Mendes Army swooning throughout the almost two-hour set. “I just want to say that this is the loudest crowd I’ve ever had in this tour. We’ve got all the lights and cameras but the most incredible part of my show is you guys… so never stop singing,” exclaimed the 21-year-old. 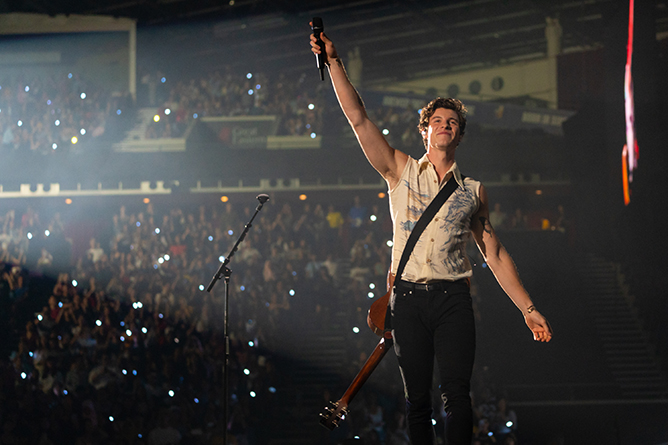 Well, his wish was their command. Everyone was up on their feet in an instant, wholeheartedly singing along to every word as Shawn belted out to crowd-favourite hits like ‘Treat You Better’, ‘Stitches’ and ‘There’s Nothing Holdin Me Back’, as well as newer tracks like ‘Mercy’ and ‘If I Can’t Have You’. Just like how Shawn barely showed any signs of fatigue, the audience’s energy levels didn’t drop for a second either.

Lights dimmed halfway through the show, as the singer reappeared on the extended platform where a piano and a giant rose prop awaited his presence. Taking the stage, he proceeded to serenade fans with a medley of sentimental tunes such as ‘Because I Had You’, ‘A Little Too Much and ‘When You’re Ready’. As much as we adore Shawn Mendes on record, there’s just something about his stripped-down vocals that draws you into his charms. 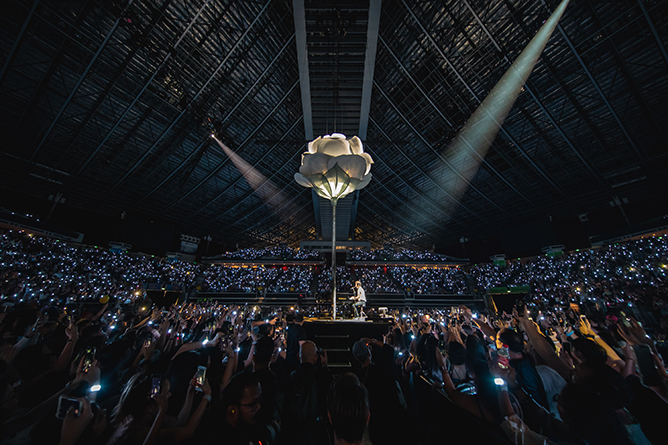 One of the most memorable moments was during the Khalid-assisted adolescent anthem ‘Youth’, which struck a chord with many of the young concert-goers that made up the crowd. “When I say the word ‘youth’, I’m not talking about the word that describes how old or young you are,” he began. “I’m talking about the feeling of freedom, the feeling of happiness. I want to take a moment to say that every one of you has the power to change the world for the better. Because our youth will not be taken away from us.” 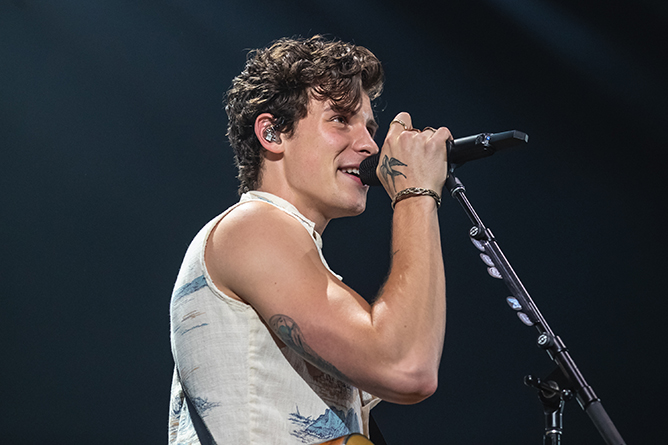 By the time the encore came around, nobody really knew what to expect. Well, leave it to Shawn to slip in a cover of Coldplay’s ‘Fix You’ as a throwback to his Vine days, before ending the night on an emotional note with ‘In My Blood’ – of course, not forgetting to send a galore of kisses to his fans as he wraps up yet another successful show.