The road to fame is never an easy one, especially in the cutthroat world of K-pop. From a former boy band trainee to a current girl group member, we speak to four young local hopefuls who took a shot at stardom and are here to tell the tale. 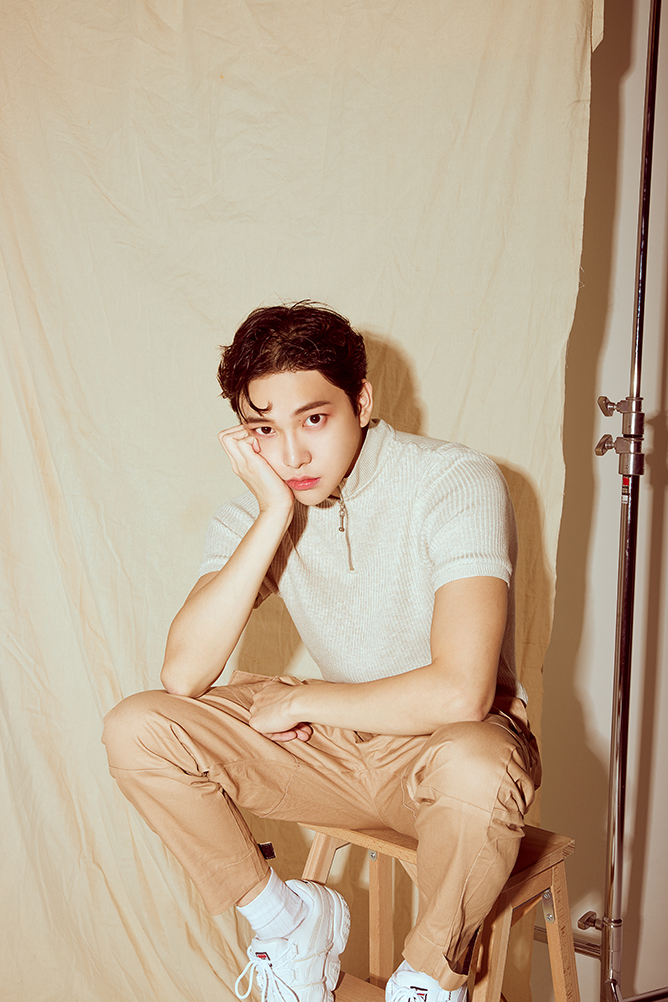 It all started when an accidental opportunity arose for Alfred at an audition held on our tiny red dot, where he was eventually selected to be a trainee alongside fellow contender Tasha. Although things didn’t work out as he had planned, that didn’t stop him from pursuing his dream in other forms. We couldn’t be more proud of how far he has come!

On his life-changing audition experience: “During the auditions, I was told to sing and freestyle to a dance track, which was what got me shortlisted. After going through two more rounds of auditions, I was offered a trainee contract and made the move to Korea to begin my training. And that was when I realised how potentially life-changing this decision could’ve been. Looking back, I was really stoked at the opportunities I was presented and how my career path was able to do a 180-degrees turn from what I expected it to be.”

On the reality of being an idol trainee: “The schedules were very tough. I had vocal, dance and language classes all day, but what surprised me the most was how strict everything was. Once, I remembered I was in the car chatting with Tasha when our manager reprimanded me for being the ‘noisiest male trainee’ she had ever seen. She went on to cite examples of K-pop groups she used to manage and how well-mannered they were, before telling me that I should talk less even if I was within private premises. Even though it was only the beginning of my trainee phase, I realised that our personalities would be completely shaped by the company.”

On getting his voice heard on The Voice SG/MY: “It was nerve-wrecking as The Voice is such a huge franchise and it’s a competition dedicated solely to singing. I consider myself more as a performer as I don’t sing exceptionally well, so there were times when I struggled with self-confidence and felt constantly challenged throughout the six months of competition. However, these struggles were something that I had to learn how to overcome as it was an essential part of my growth.”

On his upcoming plans: “I’m taking it one step at a time and seeing where 2019 would take me. I’m currently signed to a Taiwanese entertainment agency and had been filming for a drama series in Taiwan earlier this year, before returning to Singapore in June. As of now, I’m in the stages of discussion to be part of another competition that has a similar structure to South Korea’s Produce 101 series. So if that works out, I’ll hopefully be able to stand on stage by the end of this year!” 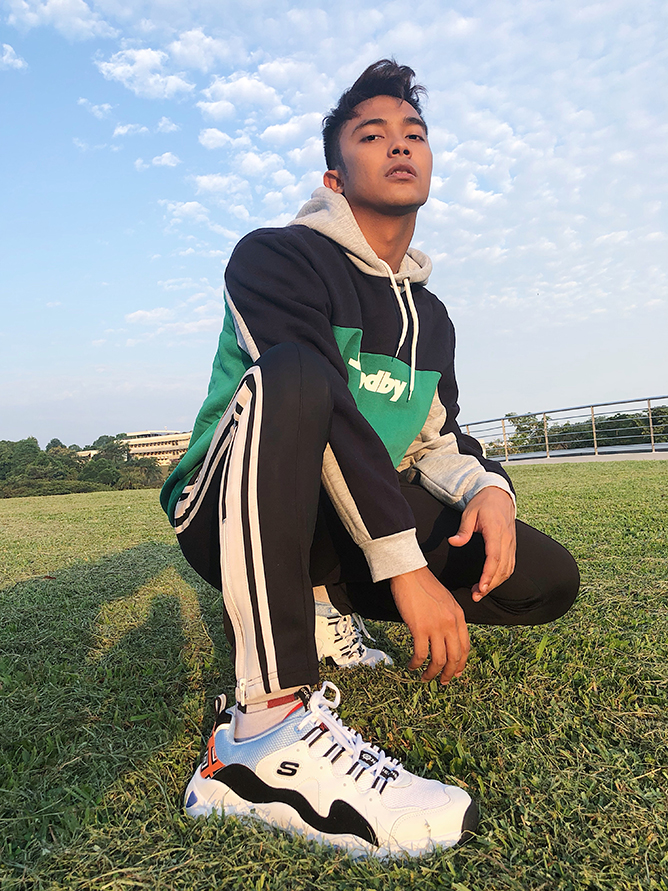 Not only did he get to share the stage with global sensation BTS, Akif was also the first Singaporean to be featured at the KBS K-pop World Festival 2017 in Changwon, where he walked away with the Best Vocal Award. In addition to his vocal prowess, the talented charmer – who’s also part of local dance crew STARREseconds – possesses equally solid dance moves that has made him the all-rounded performer he is today.

On his childhood aspirations: “I started listening to K-pop when I was around eight years old and fell in love with TVXQ and Fly To The Sky. As I grew up in a musically inclined household where family time meant karaoke nights every weekend, I’ve always dreamt of becoming a performer since I was young.”

On his brief training stint in Korea: “I know it sounds cliché, but I actually enjoyed every second of the training period because I got to improve on my singing and dancing skills. One of the most memorable moments was when I received feedback from Koo Taeryong, a renowned YG Entertainment vocal coach who has taught many idols. He specifically highlighted my weak points – which may have seemed a little harsh, but it was definitely the push I needed which got me the award [during the competition].”

On the lessons learnt throughout his journey: “To believe in myself and make sure that I keep working hard no matter how much I’ve progressed. To not compare myself to others and always focus on my end goal. And lastly, to never forget my humble beginnings.”

On his goal five years from now: “Musically, I wish to become a successful singer one day. I want to be someone who can write and compose my own songs, while inspiring others who have a similar passion. On a personal level, I hope to pursue my studies and get a degree. I want to make my family proud, not just in performing but also in my studies too.” 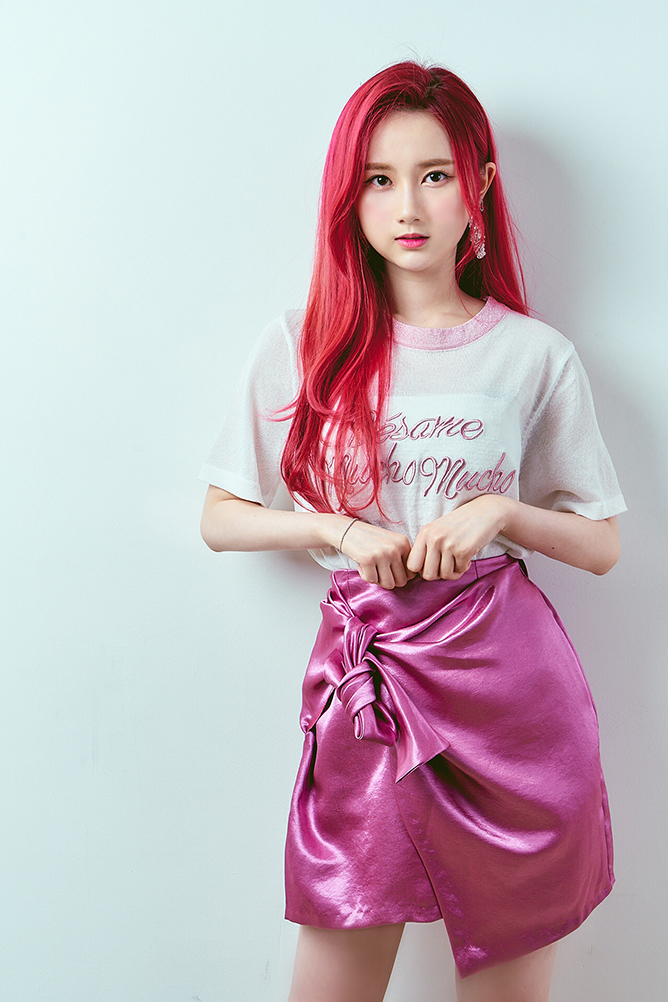 At the young age of 15, Cheris packed her bags for Korea where she trained for a total of seven years before making her debut as part of the five-member girl group, GBB. And the rest is history. Though she may be living the K-pop life now, her journey was not one without hardships. In the midst of her hectic schedules, we caught up with the idol for a short chat.

On her arduous trainee journey: “I trained for seven years and four months. As a foreign trainee, I was worried about the countless debut delays and couldn’t shake off the feeling of being an outcast. I got paranoid and felt lost, often feeling like I had to work extra hard in order to gain recognition. The training process was quite tedious, to say the least. Practice starts at 7am and runs all the way till midnight, so I usually only get about three to four hours of sleep daily.”

 On the misconceptions of an idol: “Firstly, being a trainee doesn’t guarantee you a chance to debut. You wouldn’t get to do things freely and there are a lot of rules to obey, such as reporting your whereabouts even if you’re just heading to the washroom. Everyone thinks that being an idol is easy, but in reality, it takes a lot of hard work, endurance and a strong mindset to work in the K-pop industry.”

On dealing with the pressure: “I definitely feel stressed most of the time, but I will always make it a point to talk to my brother or close friends about it. Despite the hardships, my mother is one of the main reasons why I’m still persevering. Although she had concerns about me working overseas at a young age, she still supported me regardless. That really motivated me to work harder and I hope to make my family proud.”

On advice for K-pop hopefuls: “If that’s what you really want to do, go for it! But always remember to work smart and not be gullible. Also, keep in mind that making improvements, having endurance and building a great source of moral support are especially important in the life of an idol.” 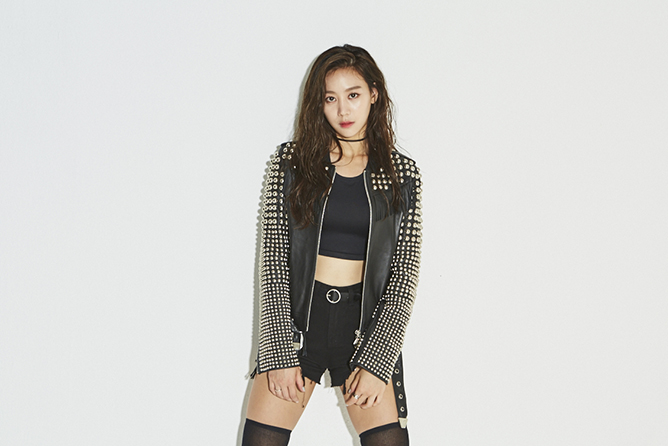 Prior to her idol days as part of the now-defunct girl group SKARF, Tasha was just like any other teenage girl with a passion for performing. Her inbuilt tenacity spurred her to take all the audition experience she could get, which was how she ended up at one that changed her life. Despite leaving her K-pop roots behind, the 25-year-old is now a budding actress and YouTuber in her own right – and she’s only getting started.

On how being an idol has changed her as a person: “I think it has changed me completely. Before moving to Korea, I was very shy and reserved. I didn’t dare to talk to people and I hated having conversations. But after becoming an idol, it taught me how to open up and be more comfortable with being myself.”

On the things she has learned from the experience: “Being grateful for simple things in life, such as going out for a meal. I’ve also discovered that I still have a lot of passion for performing, which was why I stayed on for so long. It made me realise that this is what I want to do for the rest of my life, so after coming back to Singapore, I’ve been trying to find more opportunities to stand on stage again – but it hasn’t been easy. However, I do enjoy acting as well, hence I’m trying to venture into that department.”

On whether she would choose to be an idol again: “It’s a tough question because I would have said no initially. But thinking back, I realised I’ve learnt a lot and it has changed me for the better, so I think I would be an idol again. If I hadn’t left for Korea, I would have become a very different person from who I am now.”

On advice for young hopefuls: “I think you need to find the reason why you want to become a K-pop star. If you want to be one just because you want to meet your favourite idols, then you won’t be able to pull through the hard training. But if you are really passionate about performing and genuinely like the Korean culture, then that will become the reason that will motivate you for the long run.”

This article was adapted from our latest issue of Teenage Chapters 2019, where we shine the spotlight on youths who are changing the world – one chapter at a time. Out on newsstands now!