To kick off StarHub Night of Stars 2019, Korean actor and variety star Sung Hoon was in town for an exclusive meet-and-greet session. While the 36-year-old is no stranger to Singapore, this visit marked his first time interacting with fans upclose, where he took the opportunity to dish on his work and personal life – all while making us swoon over his unexpected charms and insanely good looks. Here are three things we gathered about the dashing actor that you probably didn’t know about!

#1 His love for pets 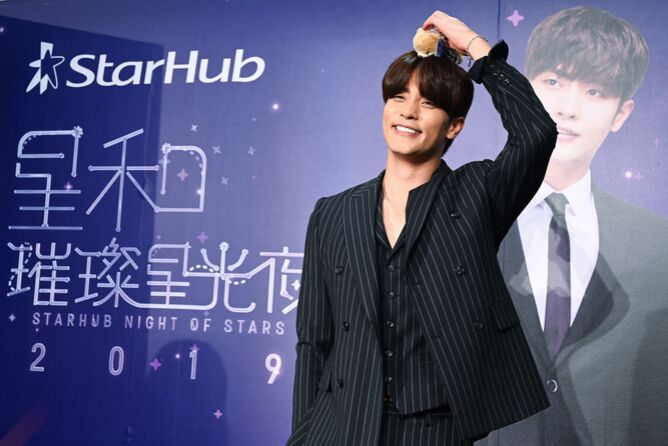 One look at Sung Hoon and you may be intimated by his tall built and chiseled features. However, unlike his cool demeanour, the actor is actually quite a softie inside especially when it comes to his pet pup, Yang Hee – who has become an irreplaceable companion to him since taking it in from a dog shelter, with the doting owner constantly taking to Instagram and TikTok to show off the latest addition to his family.

When asked about what he’d like to do if he ever becomes rich (like the chaebol characters he typically portrays), the first thing that came to mind was none other than his beloved Yang Hee. “If I become rich right now, my first thought is to get a private jet to bring my puppy along for holidays,” he explained. He cheekily added that if Yang Hee could board a commercial plane, it could even be at the press conference with us right now! 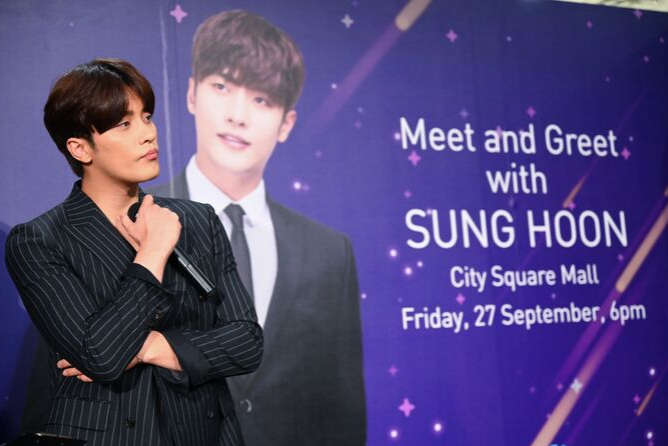 Minutes into a conversation with Sung Hoon and you’re sure to get a hint of how unpretentious the actor is. “Being natural”, “comfortable” and “being able to be [his] true self” are some of the qualities that he looks out for when deciding on his works. On his decision to star in hit reality programme I Live Alone, he remarked that he could participate with a “comfortable mindset” as its structure didn’t require him to portray a “celebrity image” to make the show more engaging. Besides his stellar acting chops, Sung Hoon’s genuine and down-to-earth personality is all the more reason to enter his fandom. 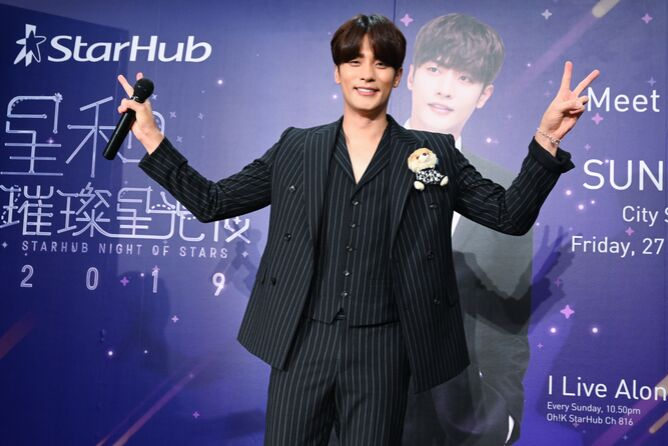 Acting, variety, singing, sports and even DJ-ing, there’s nothing Sung Hoon can’t do. Not only does the all-rounded actor have years of big and small screen acting experiences under his belt, he has also established himself as a rising variety force to be reckoned with as a fixed cast on I Live Alone.

Not known to many are also his singing and DJ-ing gigs, having participated in a number of drama soundtracks and held DJ tours under the stage name, Roi. But despite requests from fans to put out an album, the actor appeared to have no plans on releasing new music anytime soon. He elaborated, “Rather than releasing an album to enter the music charts, my purpose for releasing music is more for my fans so I have absolutely no plans to promote as a singer.” No fret though, even without music activities, there’s still so much more we can look forward to from the ever-charming Sung Hoon!

Sung Hoon’s appearance marks the first of StarHub’s celebrity meet-and-greets, leading to StarHub Night of Stars on 24 November 2019. Stay tuned for more opportunities to get up close with popular stars around the region, such as Korean actress Park Min Young (What’s Wrong With Secretary Kim) and actor Kim Jae Wook (Her Private Life), and Story of Yanxi Palace heartthrob, Xu Kai!