Korean dramas are all the rage now and it doesn’t seem like it’s slowing down any time soon. New productions continue to pop up left and right, with even big streaming sites like Netflix jumping onto the bandwagon and signing on one K-drama series after another. One trend that we just couldn’t get enough of is the adaptation of popular webtoons into live action dramas. To satisfy your K-drama cravings, we’ve gathered a list of webtoon-based dramas with exciting storylines and eye-candy casts to binge on! 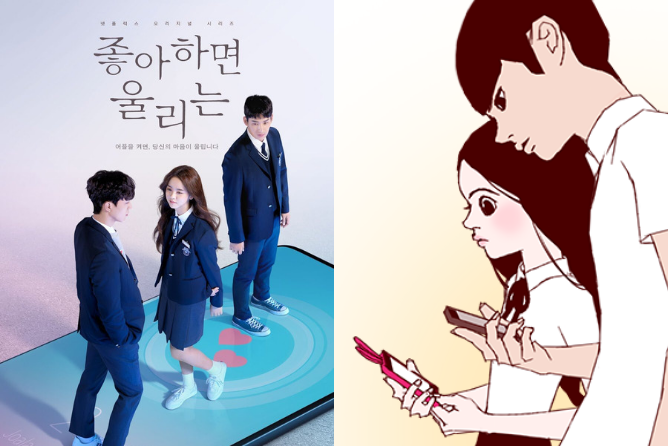 Search up Korean dramas on Netflix and you’ll probably see Love Alarm ranking high on the list. Based on a Daum webtoon of the same title, this Netflix Original stars everyone’s favourite childhood actress Kim So Hyun as the female protagonist Kim Jo Jo, and rising actor Song Kang as her love interest Hwang Sun Oh. The plot revolves around a mobile app called Joalarm, which rings if someone within a 10-metre radius has a liking towards you. Cue a complicated love triangle between Jo Jo, Sun Oh and his childhood buddy Lee Hye Young (played by Jung Ga Ram), while delving deeper into the complexities of society brought about by technology and social media. PS: The second lead syndrome is strong in this one! 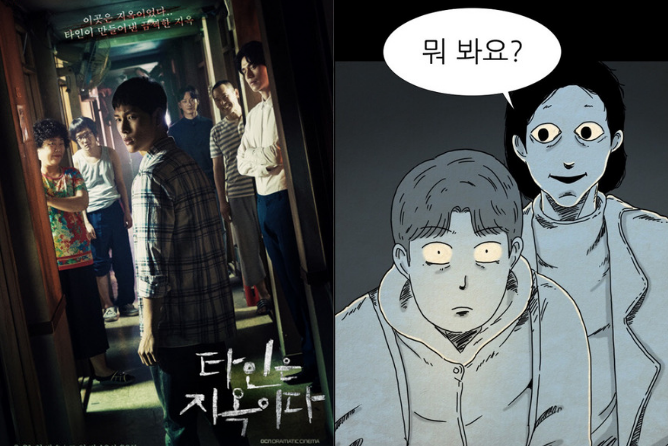 Im Si Wan returns to the small screen after his army discharge with Strangers From Hell as leading man, Yoon Jong Woo. The crime thriller – which also stars Goblin actor Lee Dong Wook – follows Jong Woo through his chilling encounters with the inhabitants of a rundown goshiwon (hostel). If you’re not a fan of the typical boy-meets-girl romance troupe, Strangers From Hell with its dark plot and mysterious characters may just be your cup of tea.

Strangers From Hell is available on Viu.

We all know that customers are always right, but what happens in a mart where the staff – and not the customers – are kings? Watch how Cheonrima Mart evolves in the hands of Manager Moon Suk Goo (played by Lee Dong Hwi), and CEO Jung Bok Dong (played by Sky Castle’s Kim Byung Chul) in Pegasus Market. 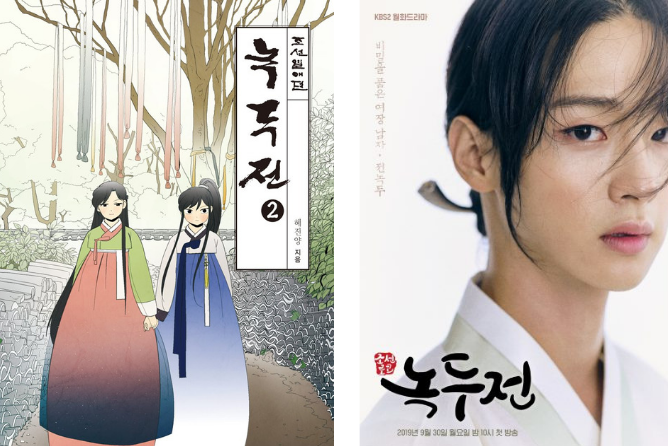 Cross-dressing is not an unfamiliar concept in the K-drama world, but have you seen a guy who cross-dresses as a female look as convincing as Jang Dong Yoon in The Tale of Nokdu?

Featuring Kim So Hyun as Dong Dong Ju and Jang Dong Yoon as Jeon Nok Du, The Tale of Nokdu illustrates the story of Nok Du as he disguises as a woman and infiltrates a widow community, only to meet and fall in love with the gisaeng-in-training, Dong Ju. Will the fateful love between the two leads blossom in spite of their differing social status, or will they end up as star-crossed lovers? Tune in to find out!

#5 A DAY FOUND BY CHANCE 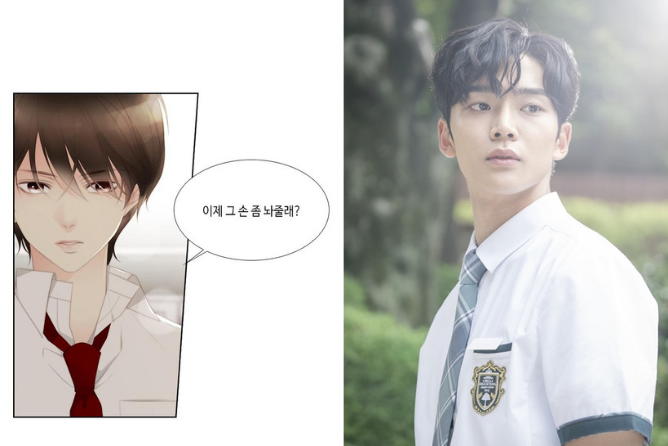 If you’re into fantasy storylines like W: Two Worlds, give A Day Found By Chance a go. Based on the Daum webtoon July Found By Chance, this fantasy romance series stars SF9’s Rowoon as Number 13/Ha Roo and Sky Castle actress Kim Hye Yoon as Eun Dan Oh. Watch Dan Oh and Ha Roo’s bittersweet love story unfold within the fictional world of comic books in July Found By Chance! 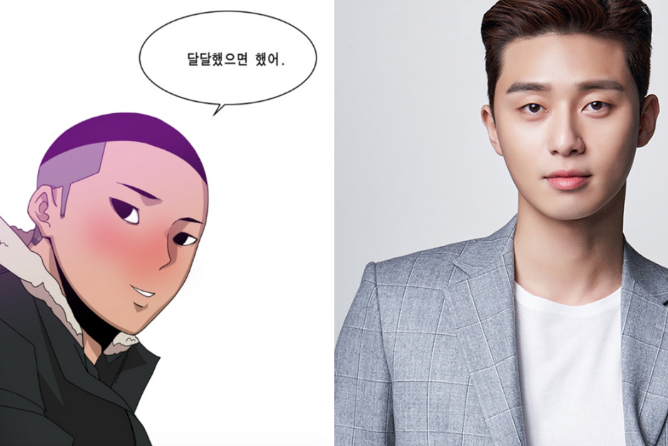 K-heartthrob Park Seo Joon is back with a new drama! Itaewon Class tells the story of Park Sae Ro Yi and how a series of unfortunate incidents forced him to give up his dream as a policeman to operate a bar at Itaewon. Original webtoon author Jo Gwang Jin describes Itaewon Class as a story where characters with different backgrounds converge at Itaewon – a “foreign” town where varying cultures, backgrounds and personalities find harmony. 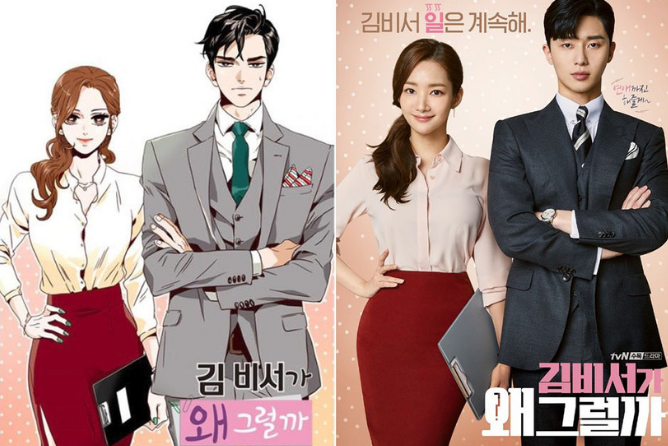 This mega-hit drama starring Park Seo Joon and romcom queen Park Min Young needs no introduction. But did you know that the series is actually spun off a web comic of the same name? What’s Wrong With Secretary Kim achieved high viewership with its lighthearted office romance, coupled with just the right amount of twists and turns in the storyline to take viewers on an emotional rollercoaster ride.

What’s Wrong With Secretary Kim is available on Viu and Netflix.

#8 MY ID IS GANGNAM BEAUTY 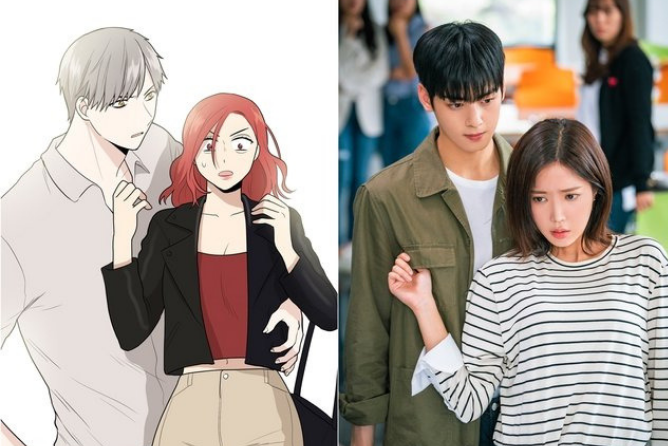 My ID Is Gangnam Beauty is available on Viu and Netflix.

Which webtoon drama are you currently watching right now? Tell us in the comments below!