The annual visual event of the year is here again and in true Met Gala tradition, celebrities were asked to dress in their best interpretation of a campy look; which basically means amping up the ‘extra’ factor to 100%. While solo attendees like Lady Gaga and Katy Perry were turning heads with their outlandish outfits, it seemed like the couple ensembles were what truly stood out from the crowd. From the young lovebirds to the newlyweds, here are eight pairings who’ve joined their star power to debut their campiest couture on the 2019 Met Gala red carpet. 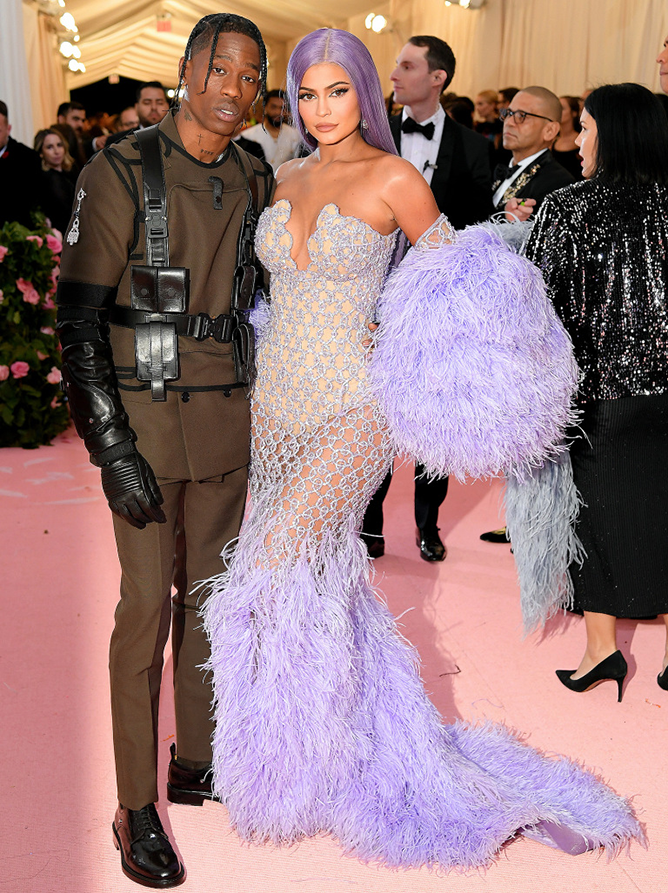 If you’ve ever wondered how a mermaid would look like on land, Kylie Jenner’s lilac mermaid-esque dress might be the answer to that. Paired with a matching purple wig, the youngest member of the Kardashian clan was a marvellous sight to behold alongside her partner Travis Scott, who donned a military-inspired ensemble. 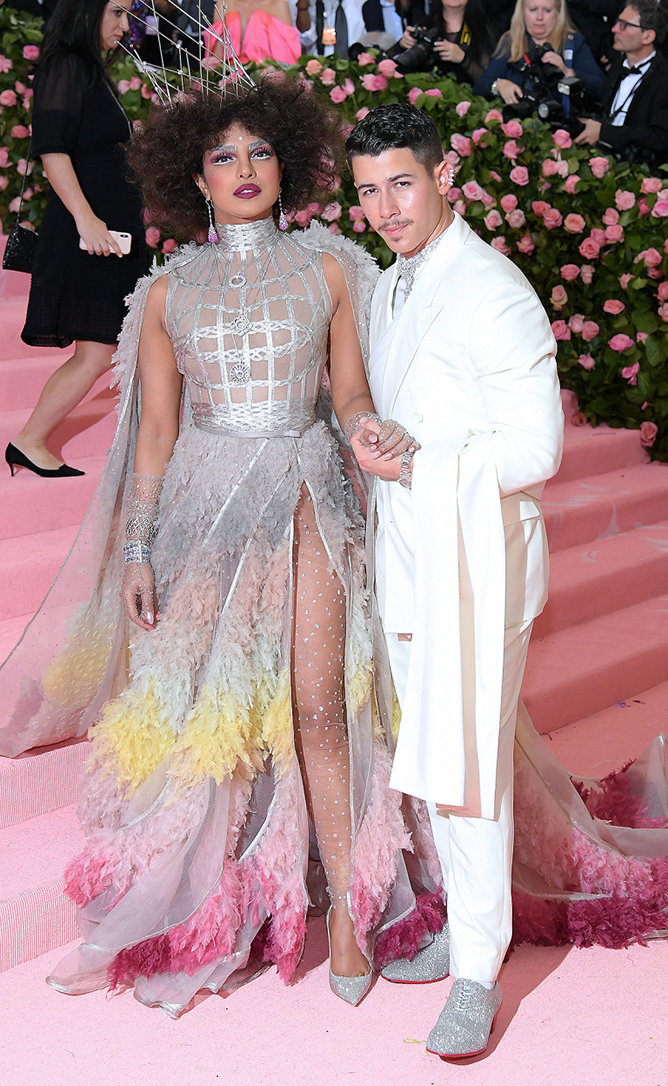 After a seemingly whirlwind romance which led to their eventual marital bliss, Priyanka Chopra and Nick Jonas returned to the place where their romance started with a change in relationship status, complete with matching couple wear that had them looking like the rightful king and queen of the ball. 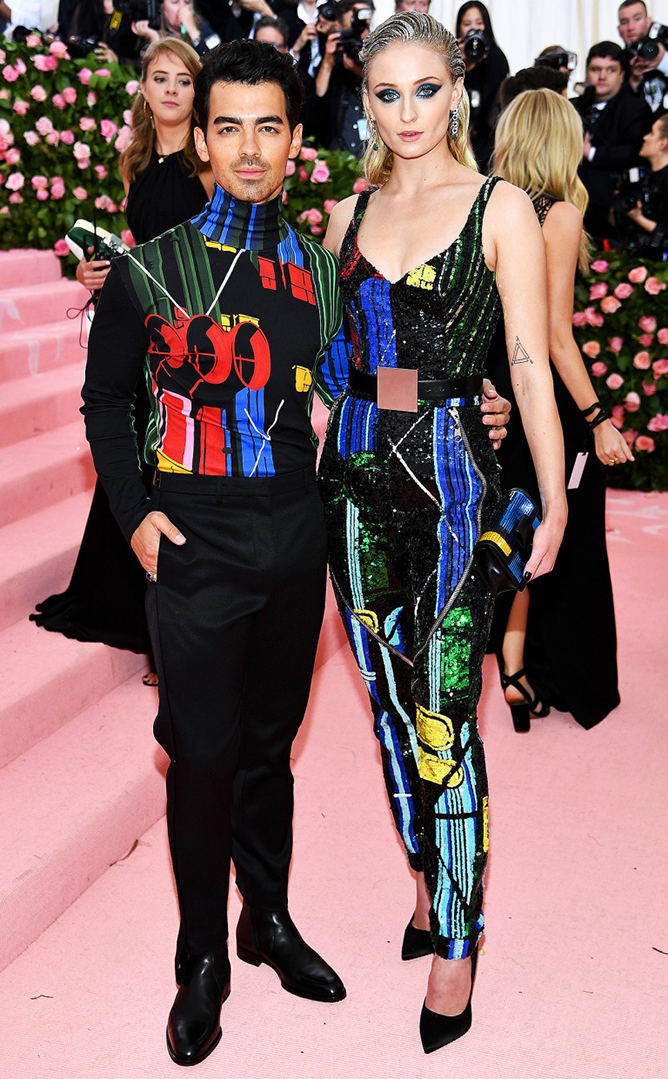 Making their debut as newlyweds, Sophie Turner and Joe Jonas arrived in brightly-coloured coordinated outfits that wonderfully complement each other in an off-duty superhero kind of way, don’t you think? 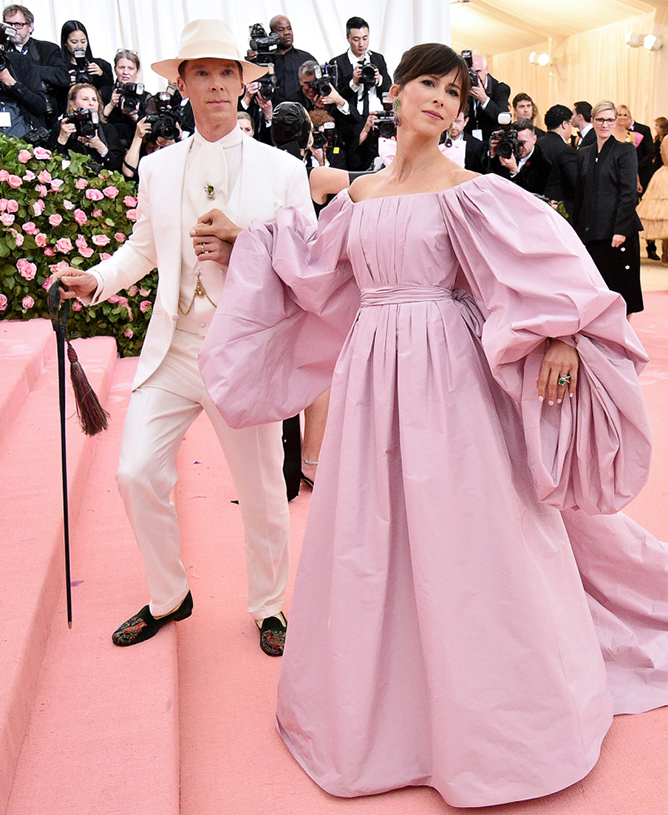 Everyone’s interpretation of this year’s theme might be different and we’re thinking this was probably the British couple’s idea of campy. Though looking more like a snazzy aristocratic couple than a campy duo, Benedict Cumberbatch and Sophie Hunter’s outfits still looked ever so elegant on the red carpet. 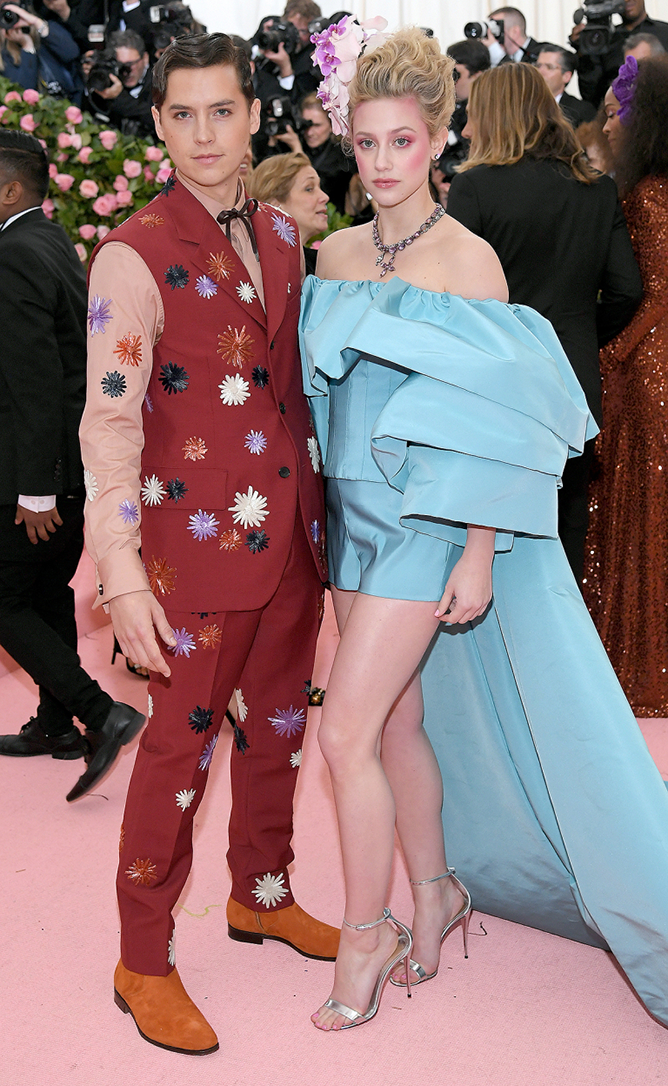 Quite possibly the campiest couple that walked the red carpet, Cole Sprouse and Lili Reinhart know just how to embrace the camp life. Both dressed by the same designer, the young Riverdale sweethearts looked just like an eccentric, modernised version of King Louis and Marie Antoinette. 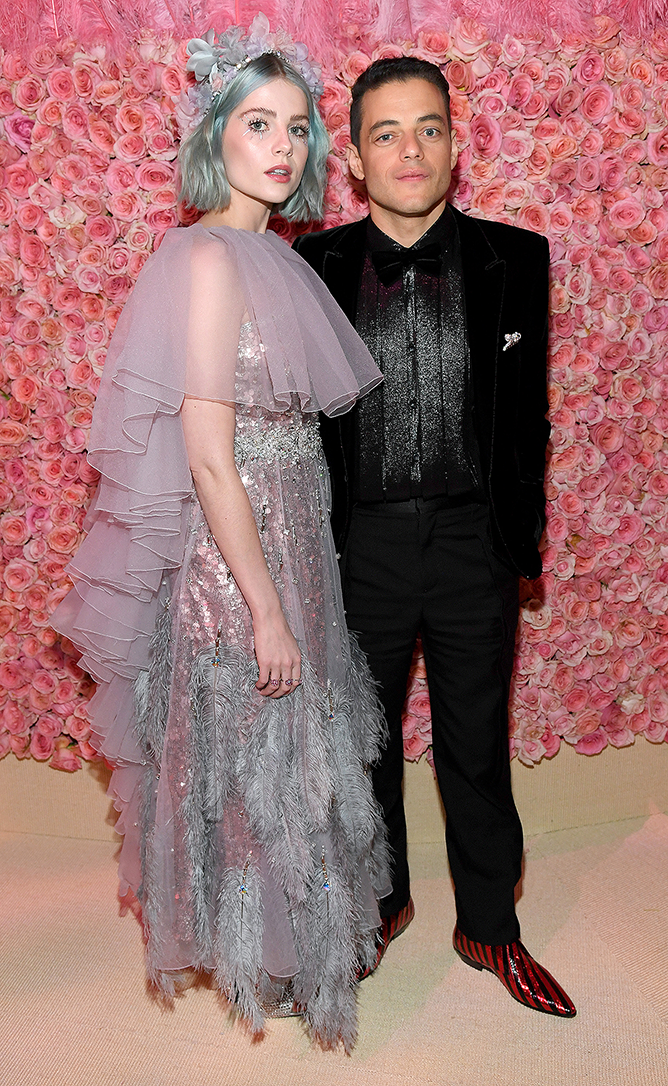 Though the Bohemian Rhapsody couple didn’t walk the carpet together due to the obligatory customs of the Met Gala (they were wearing different designers), both still attended as a couple with Rami Malek rocking hints of shimmer in his crisp suit and Lucy Boynton looking exquisitely dreamy in her sequinned gown. 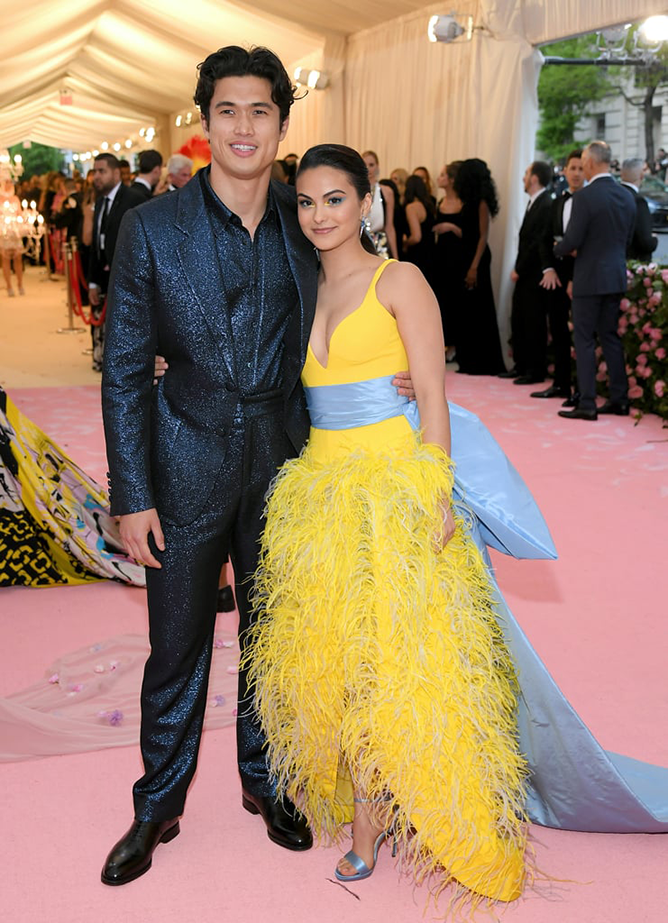 While this other Riverdale couple’s ensemble wasn’t as over-the-top as their counterparts, the duo made their Met Gala debut in their own version of campy with matching colour tones that almost seemed like they might be channeling their inner Beast and Belle. 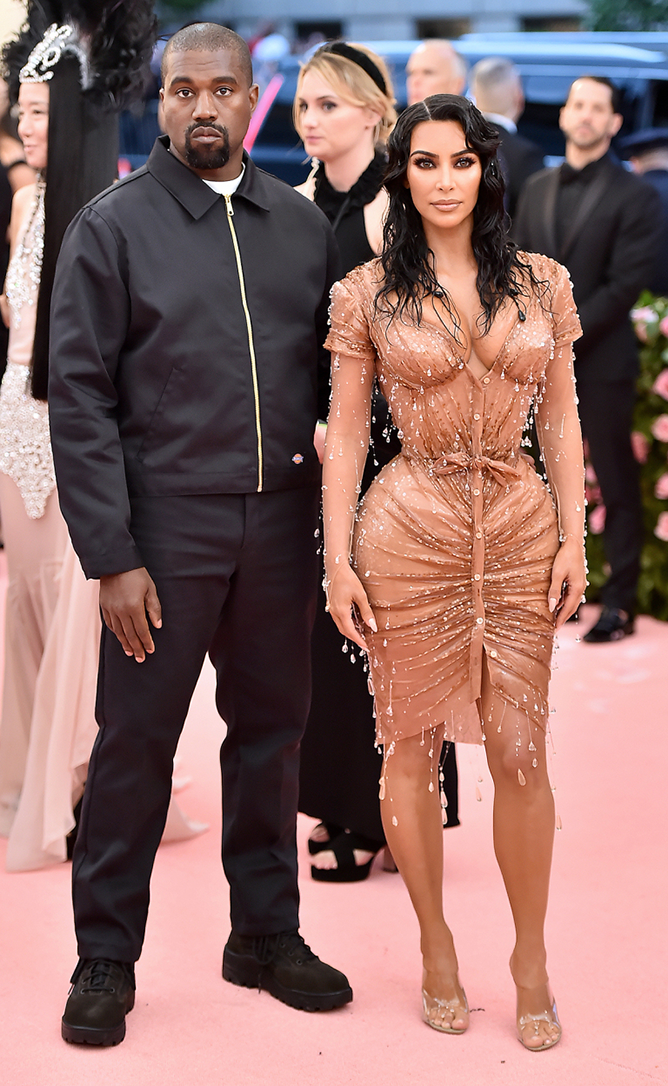 While Kanye West took a more casual approach to his outfit for the event, it was Kim Kardashian’s stunning beaded latex dress that stole the show. Not only did the dress take a whole eight months to create, but it was also the first piece that Mr. Mugler (of the House of Mugler) has personally designed in two decades!

More related stories: All The Most OTT Celeb Looks From The Met Gala 2019 Red Carpet, 8 Power Couples That Stole The Show At The 2018 Met Gala