When it comes to the annual Met Gala Ball, it’s safe to say celebrities definitely don’t hold back on pulling out all the stops with their wildest, most outrageous looks imaginable – all in the name of camp fashion. From Katy Perry illuminating the red carpet as a bedazzled chandelier, to Lady Gaga bringing her camp A-game with not one but four different outfits, the 2019 Met Gala certainly didn’t disappoint. Ahead, check out our favourite OTT picks of the night. 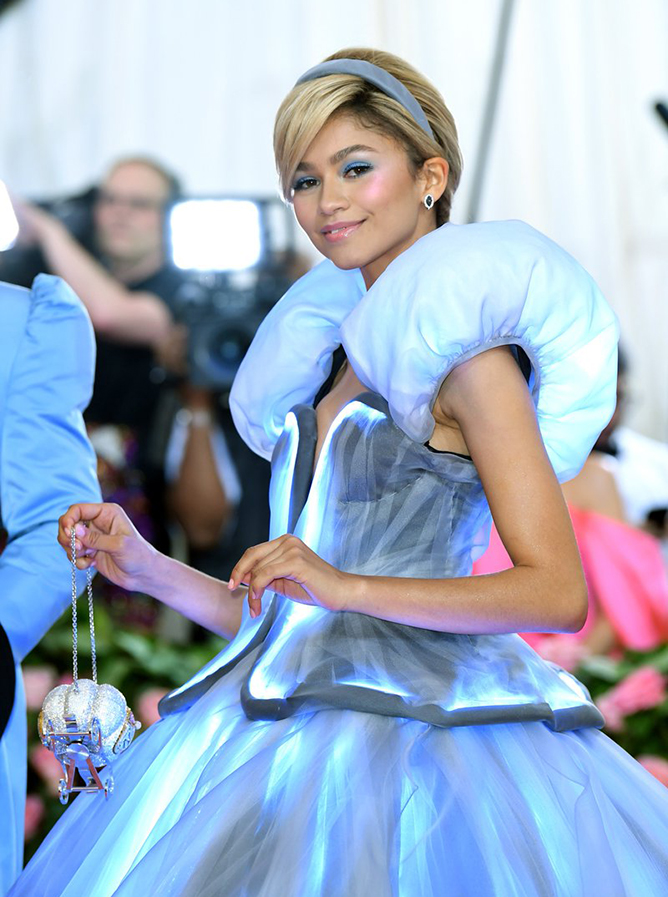 Making a fairytale entrance in her glowing gown, Zendaya transformed into Cinderalla with the wave of a wand on the red carpet. As if we weren’t convinced that she’s a real-life princess, the 22-year-old did magic tricks and even left her glass slipper behind on the stairs. Boy, were we spellbound! 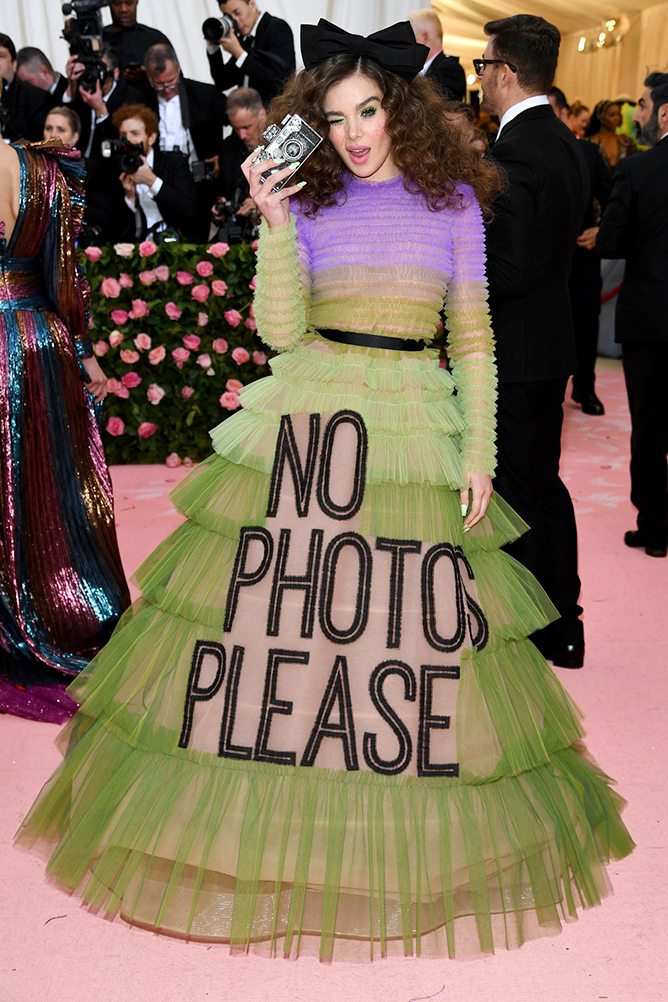 The Pitch Perfect 3 starlet made a tongue-in-cheek statement with her voluminous ruffled dress, which had the words “No photos please” emblazoned across her skirt while she posed with a camera bag in hand. 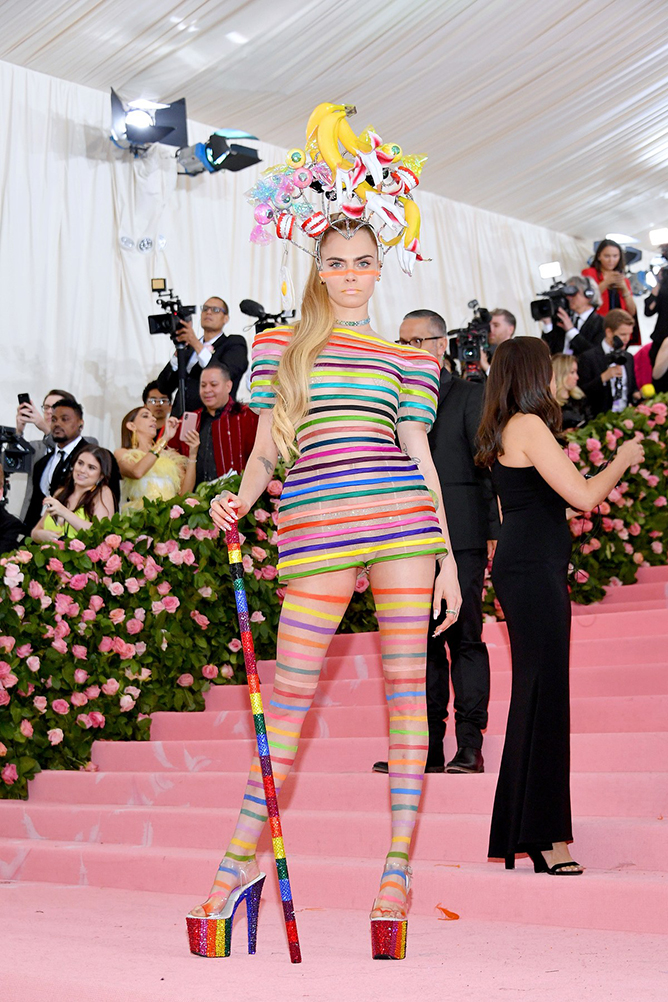 Colour us impressed when Cara Delevingne stepped out in a sheer rainbow bodysuit that showed off her model bod, topped off with an eye-catching headpiece covered in bananas, wind-up teeth toys and eyeballs. 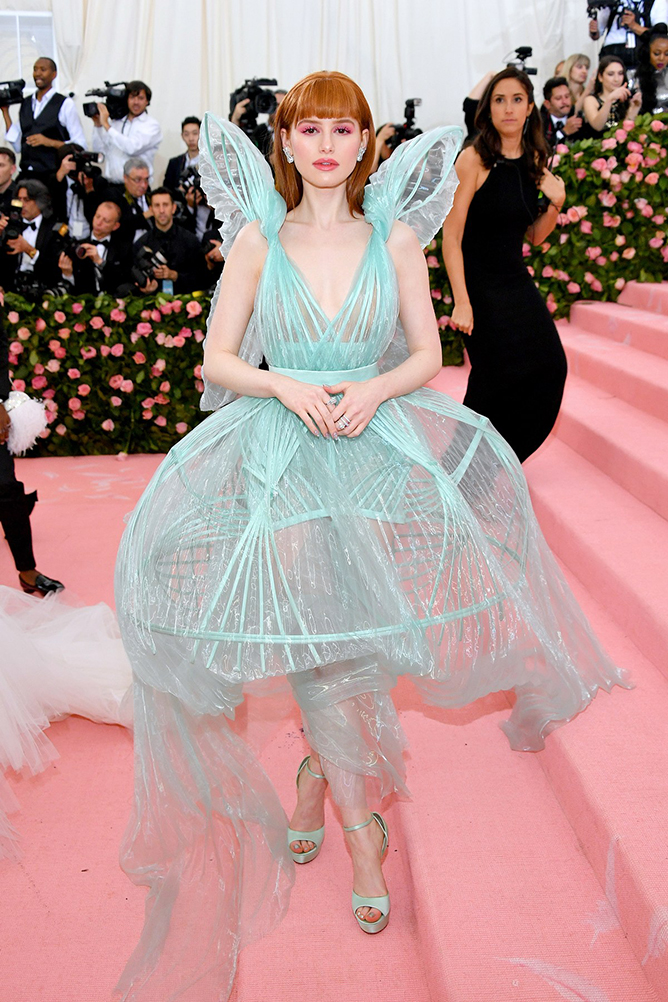 Riverdale actress Madelaine Petsch looking as if she just stepped out of a fairytale in her angelic turquoise number. Cheryl Blossom would approve! 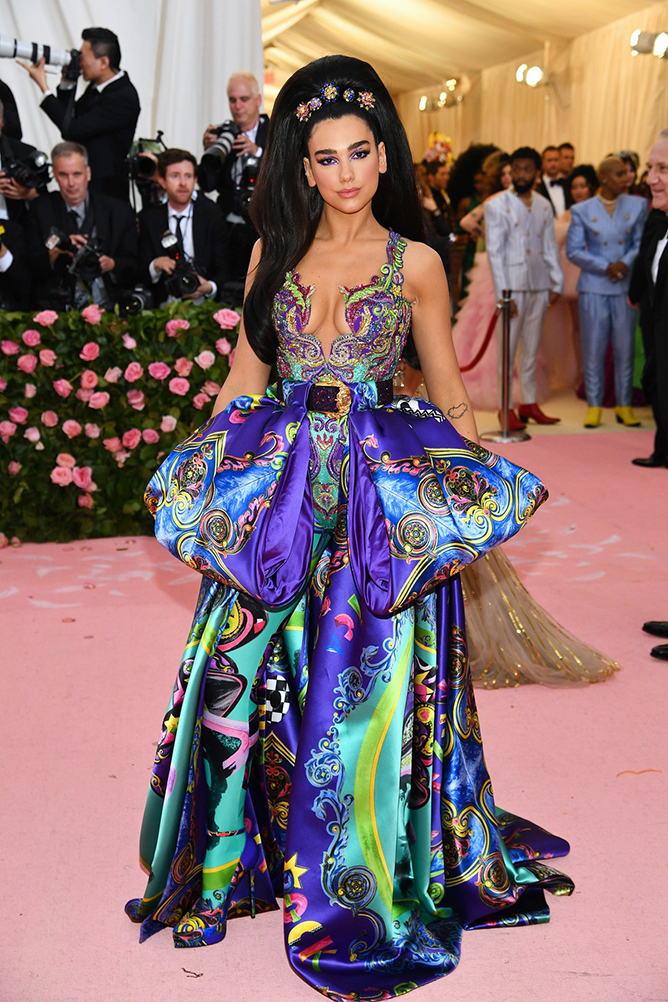 The Brit pop star did NOT come to play. Look at Dua Lipa slaying her Met Gala debut in this colourful Arabian-inspired stunner! 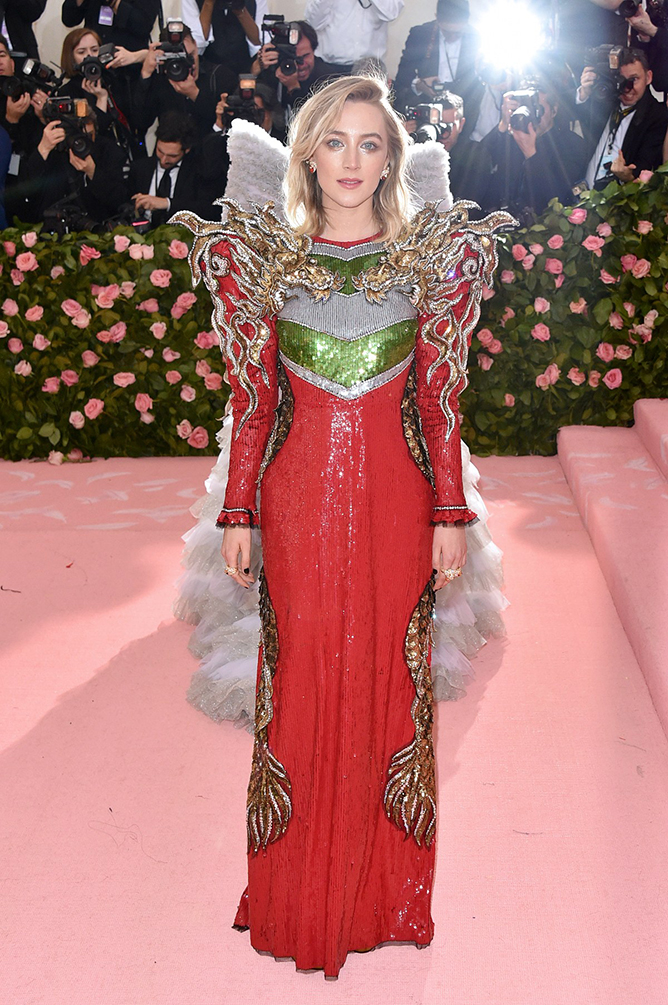 You wouldn’t want to give cold shoulder to Saoirse Ronan when she was all armoured up in this badass sequinned dress – just check out her flamin’ shoulder pads! 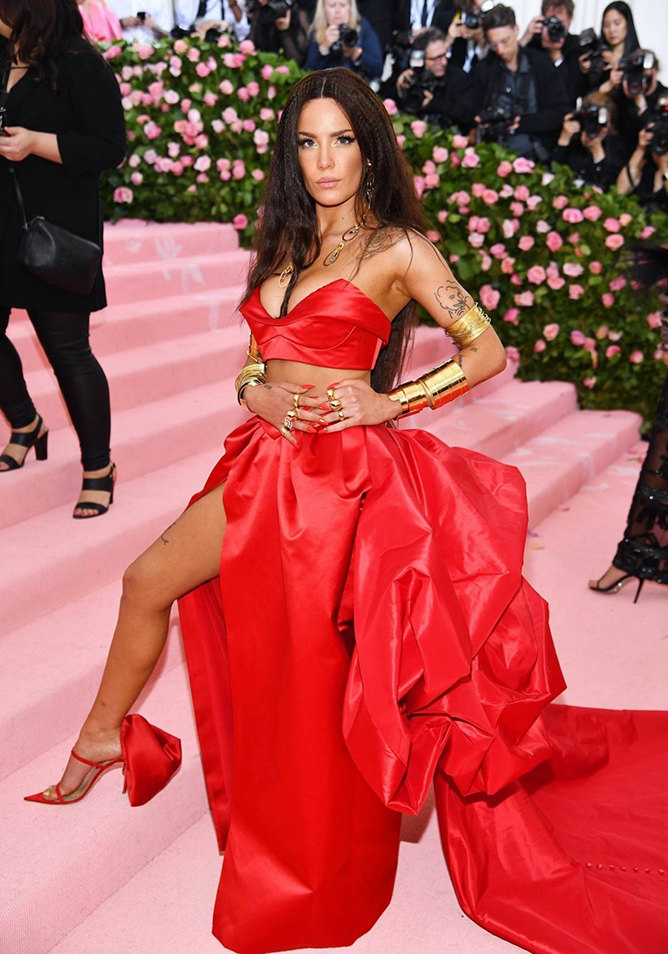 Here’s Halsey channeling her inner Wonder Woman in a red two-piece ensemble coupled with golden cuffs on her arms. It seems like Gal Gadot’s got some competition! 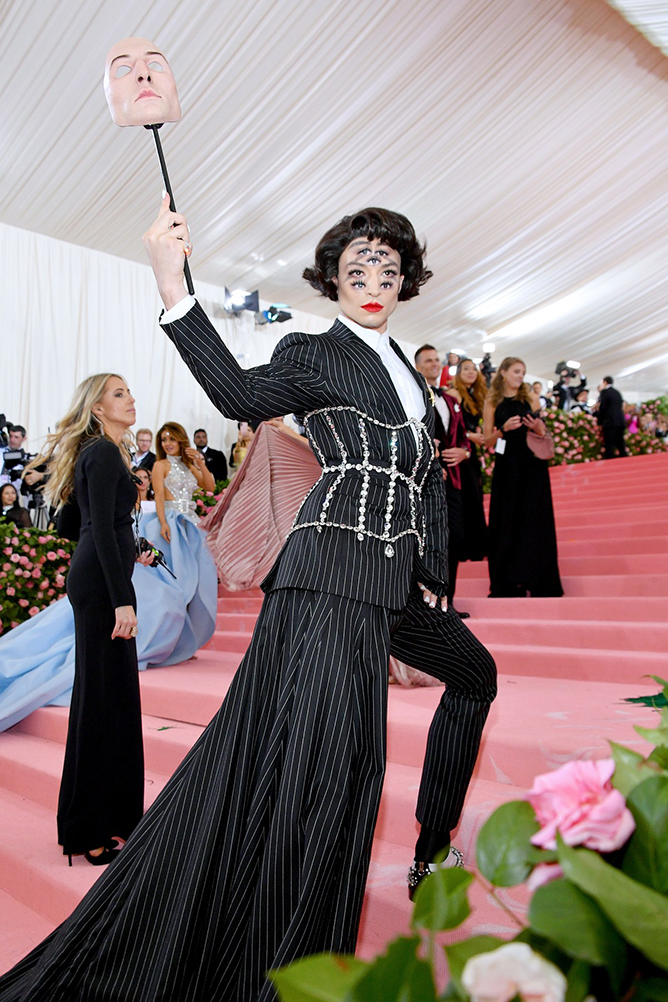 If there’s someone that we’d turn heads for, it would definitely have to be Ezra Miller. All eyes were on the actor when he arrived in a bizarre masked look with multiple sets of eyeballs painted on for an optical illusion effect. 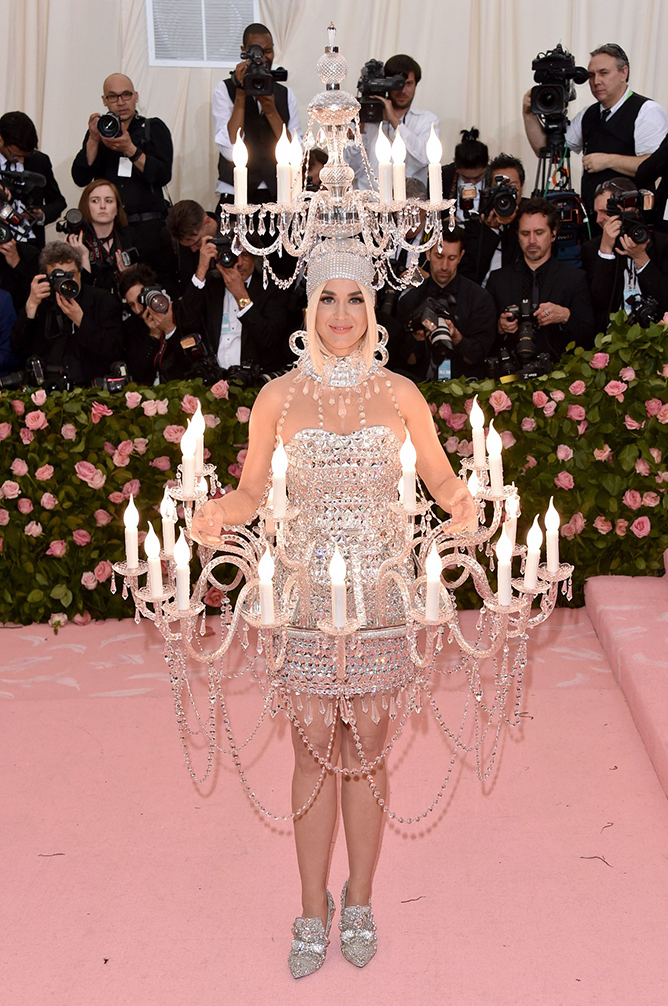 Bringing camp to life in a 40-pound chandelier dress, Katy Perry literally lit up the Met Gala red carpet as the singer paid homage to the theme of the night. 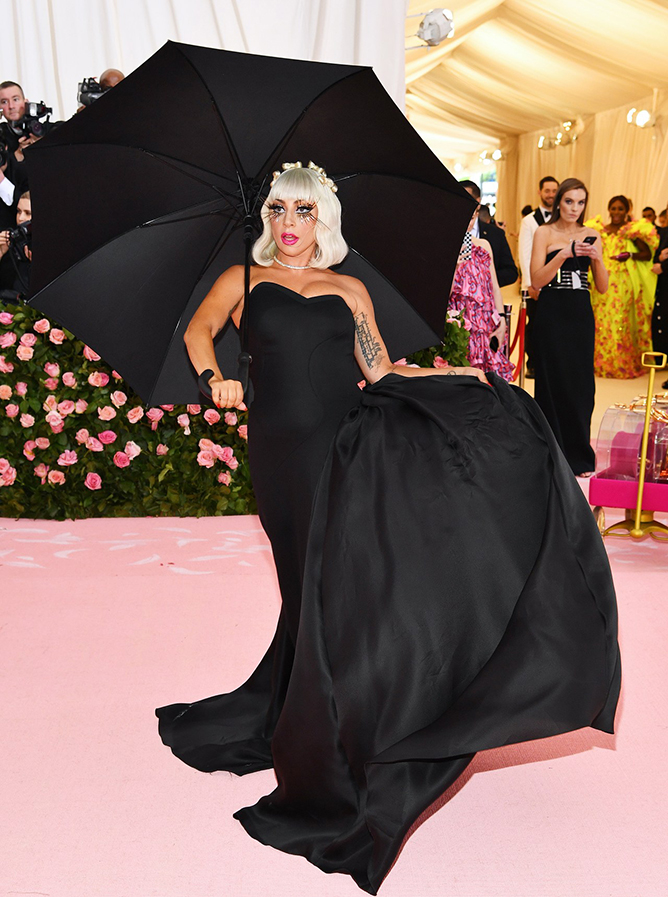 Can’t decide on what to wear to the Met Gala? Take it from Mother Monster, who stole the show with a total of four outfit changes – from a dramatic magenta gown, to a sweeping black number, to a vibrant pink dress complete with a retro cell phone and oversized sunnies, before finally stripping down to a matching black bra and underwear set. What a performance!

Which is your favourite celebrity look from the Met Gala 2019 red carpet? Tell us in the comments below!

More related stories: 8 Celebrity Couples That Slayed The Style Game At The Met Gala 2019, 27 Celebrities Who Were Totally Extra At The 2017 Met Gala